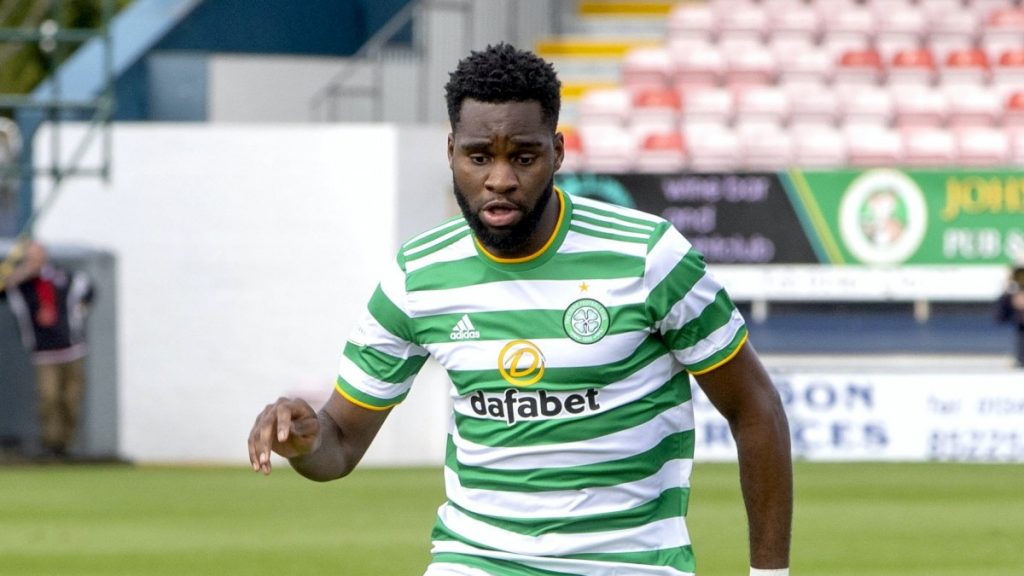 PETER MARTIN: It’s time for Odsonne Edouard to shape up or ship out of Celtic

It’s time for Odsonne Edouard to shape up or ship out of Celtic. This is not the season for passengers and certainly not the time for Neil Lennon to suffer the same fate Brendan Rogers had with Moussa Dembelé.

The Frenchman is starting to show signs that someone is messing with his head and altering his attitude. He misses the Motherwell game, heads off to play two U21 games for France and then returns jaded, tired, fatigued, not fit. Which is it? The manager was certainly not happy that ahead of the Livingston match he is seemingly informed that he’s not up to it, he’s not 100%.

Really? In this season of all seasons, he should be busting a gut for Celtic, for himself and to help his agent secure the move to a half decent English Premier League club rather than some of the dross currently being linked with his services.

The sharp Eddie of 28 goals from last season has suddenly been replaced by the lethargic, dribbling and giving the ball away Odsonne of this season. There are some Celtic fans who won’t tolerate any criticism of their hero, but those who have been over the course and watched this movie a hundred times before know what is coming. Either he buckles down and starts to show the manager and the fans he means business or get ready for the classic lines, ‘I was promised a move in this window’, ‘I’m not happy here’ or ‘I need a new challenge’.

In Celtic’s centenary season, when Frank McAvennie fell on his arse he got back up again and chased a lost cause. The players who played in that season knew what was at stake and they fought tooth and nail to achieve a little bit of history. When Paul Lambert watched the ball drop twenty yards out in the Old Firm game in January 1998, he didn’t think, ‘oh look there’s a nice safe square pass to Jackie McNamara’. He thundered the the ball into the roof of the net and the rest as they say is history.

Edouard should pick up the phone and speak to one of the legends who have etched their names in the club’s history books. Attitude, commitment and desire was the cornerstone of Henrik Larsson’s time at Celtic. If you get a chance, buy yourself a stamp and write on the back of it all Henrik’s duff games. French Eddie may have a song, but the words will quickly be forgotten if he’s part of a team that gloriously failed to get the ten.

The next ten days are going to be really interesting in Odsonne Edouard’s story. If he stays, the manager will be relieved and hoping he gets his shooting boots on, but if it’s Brexit for Eddie, the manager’s next problem is finding a replacement and pronto.