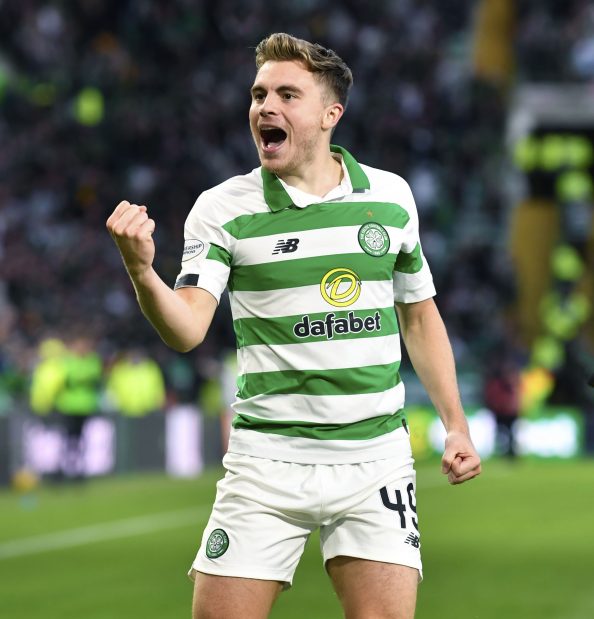 PETER MARTIN: James Forrest is the best player in Scotland

James Forrest is the best player in Scotland right now, bar none.

The Celtic winger, and I am doing him a disservice stating one position, is on fire.

I didn’t think James had had another one or two levels to go up to, but he’s surprised me with his energy, trickery and finishing.He’s scored seventeen goals in each of the last two seasons and has already banged in six goals in eleven games already this season.

The Celtic fans should be sitting down over a few pints with John McLaughlin to try and come up with a song for the 28 year old, because lesser players than James seem to have songs that are belted out from the stands.

If Kieran Tierney was the fans favourite as one of their own, then Forrest is the natural successor. They should hand over the megaphone now and get the banners out to thank him for staying loyal to the club he supports.

He can go inside or out on the wing, his cross for Lewis Morgan’s goal against AIK was first class, as was his own calm finish in the 4-1 win away in Sweden.

Last season he hit four against St Johnstone and a hat-trick for Scotland and the variety in his finishing will be a huge bonus for Steve Clarke in the forthcoming qualifiers.

It’s hard to believe that none of the top Premier League clubs in England have made a move, but far from me trying to punt him down south, the Celtic fans should be delighted that James seems to be a well grounded lad and happy to stay in Scotland.