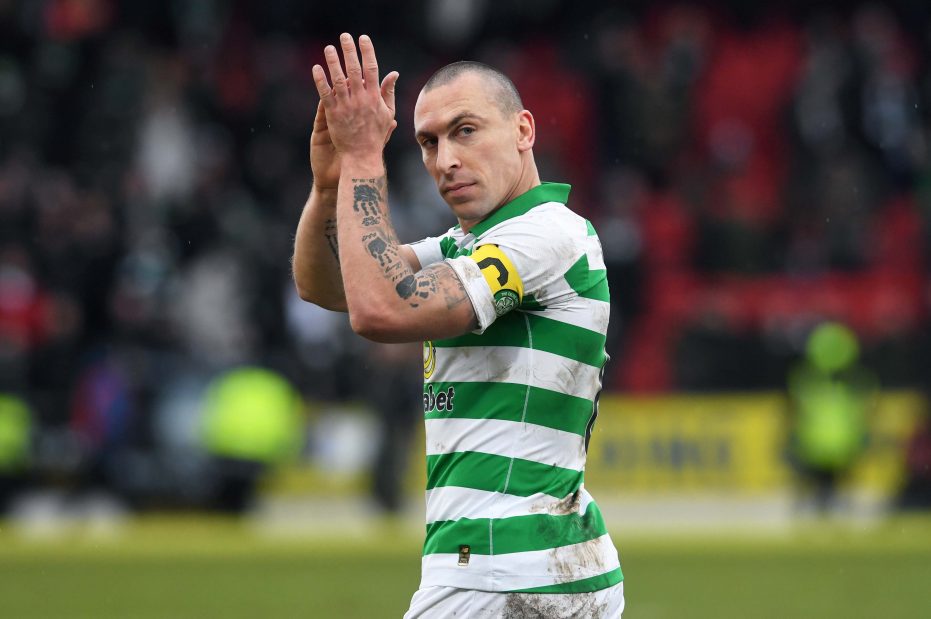 PETER MARTIN: Scott Brown’s drive, will to win and ability will be priceless to Aberdeen

I’M HAPPY WITH A POINT

Watching Scotland is hard at the best of times, but I’m happy with a point against Austria in a game I thought was slipping away from us until John McGinn’s moment of magic.

Before a ball was kicked, I was thinking seven points from the first three World cup qualifiers would be good going for Steve Clarke’s side.

If we get a win away to Israel, I will be doing cartwheels, because we are still missing key parts of this jigsaw.

I didn’t see enough of Southampton’s Che Adams to make a judgement, but he’s now our player and he’s playing at a level in the English Premier League that suggests he will be an asset, especially against the likes of Israel, when we’ll need to take one or two of the chances we create on Sunday.

Fair play to Grant Hanley, he took his goal well last night, but we need to try and get a settled back three that is more solid and can give us the opportunity to snatch one-nil wins along the way in this campaign.

The Austrians, like so may countries these days, looked technically better than us, but we matched them for endeavour.

Denmark are the only other country in this group that will threaten our realistic chance of finishing second.

I’d like to see Steve Clarke being a little more adventurous on Sunday against Israel to get the win, before what we hope will be a goal fest against the Faroe Islands next Wednesday.

It would come as no surprise to anyone if Scott Brown walked out of Celtic park in May with his head held high, his chest puffed out and his arms open wide with a cold stare and then a smile.

That is the abiding memory many Celtic fans will have of one of the greatest Celtic captains in their history. He may not have been the most gifted.

He didn’t reach the heady heights of standing with a European trophy in hand, but he has been the leader of a team that dominated Scottish football for the last nine years.

He leaves with legendary status intact, and the love and gratitude of the Celtic faithful for a trophy laden 14 years in green and white.

There are many who will cite a lack of Rangers for a period of the nine in a row, that is neither Celtic or Scott Brown’s fault.

In fact, as the captain himself recalled, had they gone about their business in a more professional manner around 2007, Brown may well have been a Rangers legend by now.

His style of play and attitude has endeared him to the green and white legions and made him public enemy no1 with every other Scottish club, including Aberdeen down through the years.

Next season, it will be strange looking at Scott in a red and white strip, but Celtic’s loss in the twilight of his career will be Aberdeen’s gain in my view.

What will the Dons fans be getting with an ageing Brown? The cold stare in the tunnel will remain, the legs may be a yard slower, but his experience, his drive, his will to win and let’s not forget his footballing ability will be priceless to a new Aberdeen under Stephen Glass.

There’s one more good year left in the tank for the Red army to savour. Year two, might be more sporadic with coaching taking over the greater percentage of his deal at Pittodrie.

I am sure many football fans will have a favourite memory of Broony; a goal, a tackle, a noise-up, a yellow card, a red card, always a short sleeve t-shirt, whatever the weather.

My memories will be a kind boy and man, giving endless hours of his time to those less fortunate. He likes a laugh and also loves someone taking the piss out of him on a night out. Something, I was more than happy to oblige with on more than a few occasions!

Truth be told, he’s had to endure more than his fair share of heartache and joy in his time with Celtic, but through it all, he gave 100% in good times and bad.

Some of his teammates would have been far better players had they shown the same desire and commitment.

Savour the last few games of Broony in green and white and wait to see how long it takes Celtic to try and replace their captain next season and beyond.