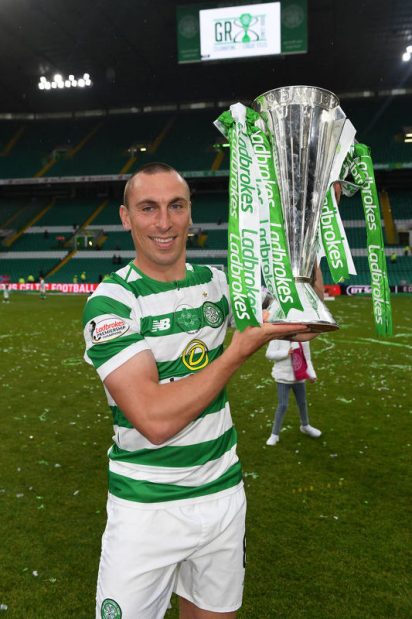 Celtic will win the league but won’t win the treble.

It’s my opinion and I will back it up with some facts and some informed opinion.

If I get it wrong come May, then, well done Steven Gerrard.

First off, some of the negativity around Neil Lennon’s appointment on a full time basis beggars belief.

He inherited a team stumbling to the title and playing a style of football that Lennon wasn’t happy with.

He managed to keep them on track to the Premiership title and a Scottish cup win. He deserved credit not criticism.

In the summer, some daft supporters were talking about the value of Jose Mourinho coming in as the permanent manager!

There are some Celtic fans with delusions of grandeur who need to get a reality check.

Under Brendan Rodgers, over his three seasons in charge, he had firstly an invincible season domestically but in Europe they had a failed manager who couldn’t work out how to win ugly.

Someone forgot to tell him that when plan A isn’t working, plan B on how to defeat a stronger opponent usually involves parking the bus.

In Brendan’s second season, they became predictable, slow and at times boring to watch. In his last season, he didn’t want to be there and the cracks were there for all to see.

Which brings me to the evidence on why Celtic will win the league this season.

In Brendan’s final season, the backroom unrest was evident. Injuries to key players, Tierney, Griffiths and Rogic mixed in with unhappy players in Moussa Dembele, Dedryk Boyata and Olivier Ntcham.

One of them got out at the last minute and the other two were unhappy staying.

Europe was once again Groundhog day, Brendan had managed not to qualify for the Champions League and turn Celtic into a mediocre Europa league team.

Domestically, Celtic drew 7 games, lost 5 matches, all away from home and still won the league by nine points!

Here are the names of the teams that recorded wins over Celtic last season. Hearts, AEK Athens, Kilmarnock, RB Salzburg on two occasions, RB Leipzig, Hibernian, Valencia twice and the most painful of all to Celtic fans, two defeats to Rangers at Ibrox.

In the first of those defeats, Brendan played young Mikey Johnstone up front with Edouard on the bench. Brendan had lost the plot. The second defeat was irrelevant as the league was already won.

Last season, Celtic were abysmal and Brendan had long overstayed his welcome. Can you see them being as bad this year? I can’t.

Neil Lennon wants a minimum of three players in before the transfer window closes. In one signing this summer, Christopher Jullien cost more than all of Steven Gerrard’s eight new faces put together.

Celtic have at least £48m sitting in the bank and I am being conservative in that estimate before they bank the season ticket money and cash from winning the title and this season’s Champions League qualifiers.

They have a bigger and better squad than Rangers on the park and on the bench.

I watched Rangers stroll through their nine in a row titles because they had more money than anyone else and were able to go out and strengthen at will.

Only Aberdeen challenged the Ibrox side consistently over the nineties as Celtic stumbled and almost crumbled without the timely arrival of Fergus McCann.

Now, this is a similar situation only a role reversal. Celtic are financially miles ahead of Rangers on and off the pitch and I expect them to back their manager to the hilt at the merest glimmer of upset coming from Steven Gerrard’s Rangers side.

The sensible progression for Rangers is to land a League cup or the Scottish cup and I think they will. That is a realistic hope but, to suggest the league title when you analyse the evidence leaves me bemused at some fans and scarf waving pundits.

Of the current Rangers squad, only Steven Davis and Alfredo Morelos would push for a starting place in the Celtic side, the rest of the Rangers squad has a lot to prove.

As I say every season, it’s just an opinion. Celtic to make it nine in a row.