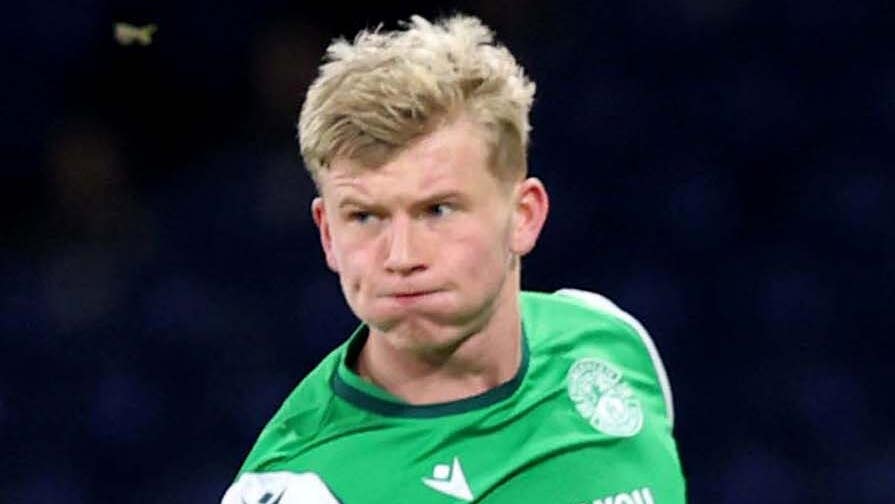 Josh Doig insists the desire to play at the highest level meant he had to leave Hibernian for Hellas Verona.

The 20-year-old full-back, who joined Hibs’ academy from Edinburgh rivals Hearts in 2019 before going on to make 86 first-team appearances for the Hibees, has moved to the Serie A outfit on a four-year-deal.

The fee has been reported as being in the region of £3million, while the Easter Road club said: “The fee received will be one of the highest sales figures the club has ever received, with the deal also including add-ons and a large sell-on agreement.”

In a sign-off interview with HibsTV, Doig admitted feeling “a bit emotional…a shock to the system, daunting but a good thing for myself” as he explained his decision to move to Italy.

He said: “For every player, it is (about) playing at the highest level that you can and are able to. Serie A is a big leap for me.

“Some of the players playing there at the moment are world-class players and for my development that was the next move that felt right.

“I don’t want to look too far ahead but to play at the highest level for the rest of my career is something I want to do.

“The only way you can improve yourself is by leaving that comfort zone and I will definitely be doing that but hopefully in the long run it’s the best decision.

“I have played a lot of games here (Hibs) so now, going over there, it has to be playing more games, it has got to be good for my development.

“I am still learning as a player, I am nowhere near the finished product, nothing like that. I have so much learning to do.

“Being here was probably the best thing for me but hopefully going over there brings game time and more development for myself.”

Hibernian chief executive Ben Kensell claims Doig’s move is the “perfect outcome” for the Easter Road club and the player.

He said: “I’d like to begin by thanking Josh for his time at Hibernian FC. He’s a great young man with a big future ahead of him.

“Understandably, there’s been a lot of interest and speculation around him for a prolonged period of time, but we’ve always been in a strong, controlled position after he extended his contract with us back in November.

“We had good but drawn-out conversations with Verona, and this led to the perfect outcome for us and for Josh.

“We have received what is a really significant fee for this football club, money that will be reinvested into the first-team squad.

“This is a great example of what we want Hibs to be; a club that gives young, talented players a platform to shine before they generate substantial fees to reinvest into the club and the playing squad. This is how we will grow as a football club.”