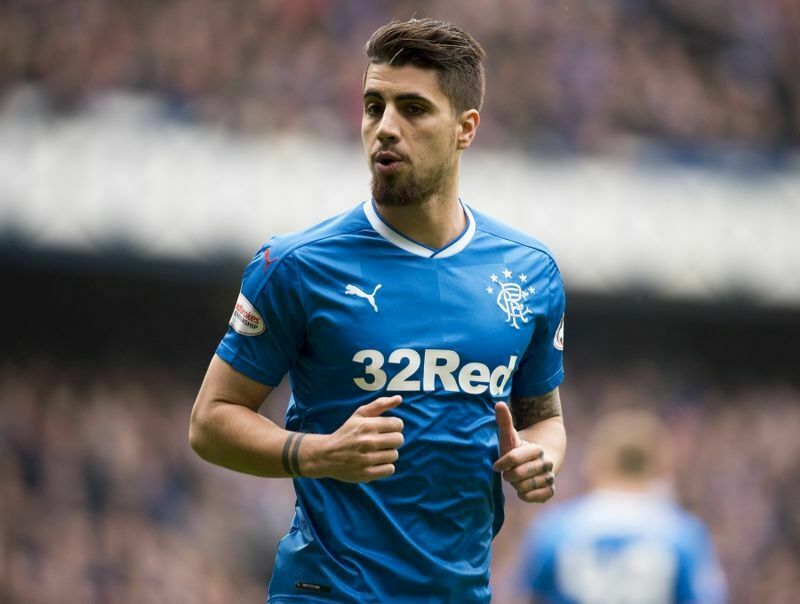 Portuguese defender Fabio Cardoso has revealed he felt “disrespected” during his spell at Rangers.

The Santa Clara player signed for the Ibrox club for £1.3m from Vitoria Setubal in 2017.

But he left Glasgow in the summer just one-year into a three-year-deal handed to him by former boss Pedro Caixinha.

He revealed the physical nature of the game took its toll on him, saying: “It had essentially to do with the sporting part.

“When I broke my nose, I’d been waiting for surgery for a long time because of the transition of managers and I felt that I and other colleagues were off for no good reason.

“I felt that I was disrespected and it was difficult not to be playing.

“I wanted to feel happy, to assert myself again. I didn’t play in the second half of the season which is the most important time.”

He added: “Scottish football is very physical. In my opinion, it doesn’t have as much quality as the Portuguese, with the exception of the greats like Celtic, Rangers and one or another team.

“Most teams don’t play football, it’s all based on the physical.

“It’s one thing to go to balls harder and to have the bad luck of injuring someone unintentionally, another thing – quite common in Scotland – is to be disloyal and mean.

“In that game there were more injuries than mine.”

But the 24-year-old praised World Cup star Bruno Alves for helping him deal with his tricky spell in Glasgow.

He said: “Personally, it was a good year. First, I had the privilege of playing with Bruno Alves, who’s a reference in my position.

“He taught me a lot of things, he has a lot of experience in football, like Daniel Candeias.

“As it was my first year abroad, it was important to have them with me, even because things out there are not as easy as they seem.”