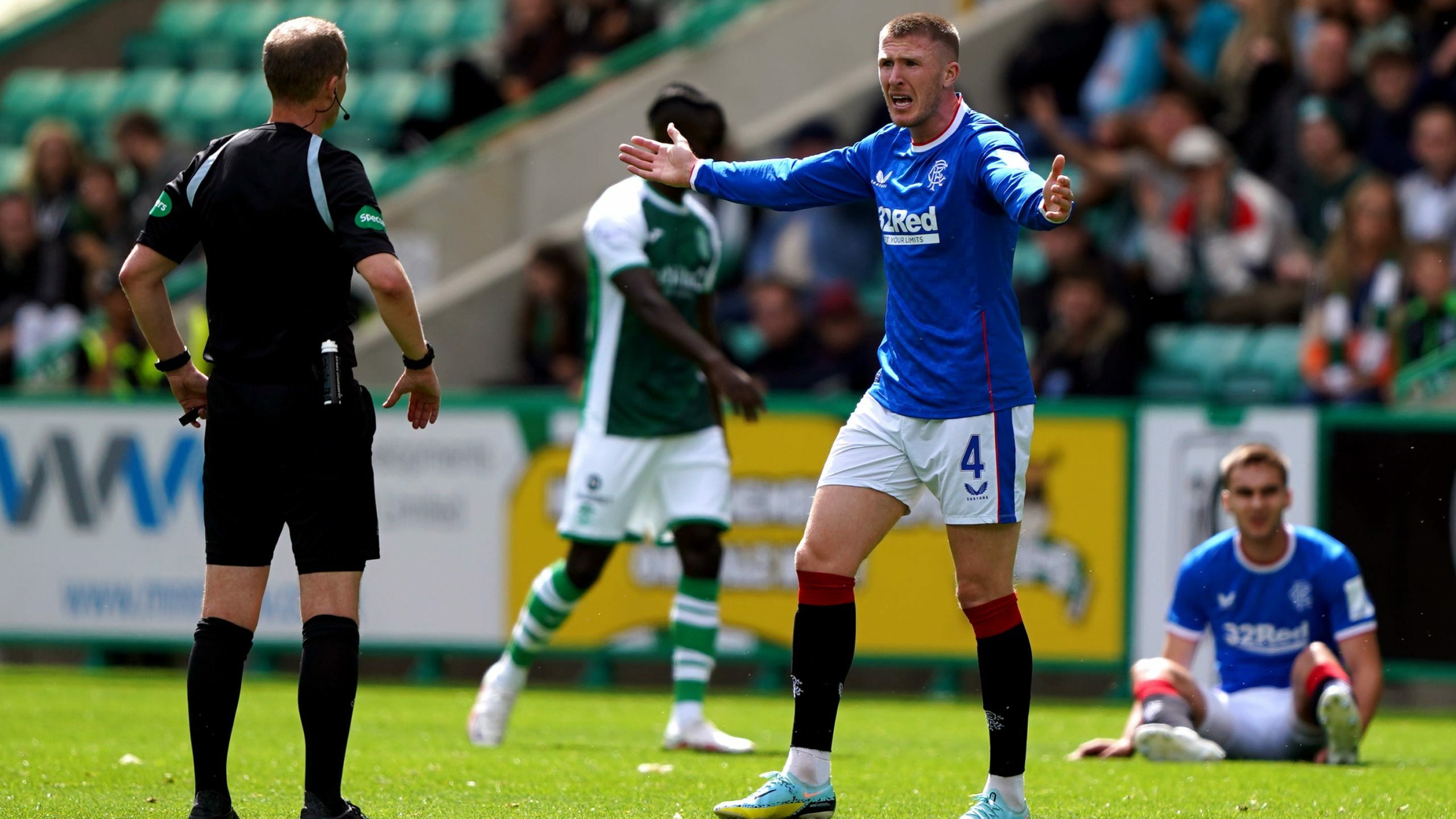 Rangers have submitted an appeal against John Lundstram’s red card against Hibernian.

The midfielder was shown a straight red card by Willie Collum for a foul on Martin Boyle during Rangers’ 2-2 draw with Hibernian. Lundstram slid in to bring Boyle down from behind with no chance of winning the ball.

Collum had shown a yellow card to Hibs midfielder Jake Doyle-Hayes in the first half for a similar attempt to stop Lundstram breaking clear.

Speaking after the game, Rangers manager Giovanni van Bronckhorst said of Lundstram’s red card: “It was a foul but he had no intention of hurting the player.

“I think the speed of the tackle wasn’t with a lot of force so I think the ref could have given yellow as well if you compare it with the challenges we conceded in the first half.”

Rangers also had Alfredo Morelos sent off for striking Marijan Cabraja with his arm, along with his foot.

When asked after the game whether Rangers would appeal, van Bronckhorst said: “We are going to analyse the game and see what the smartest thing is to do.”

A fast-track tribunal hearing has yet to be set by the Scottish Football Association to hear the wrongful dismissal claim.