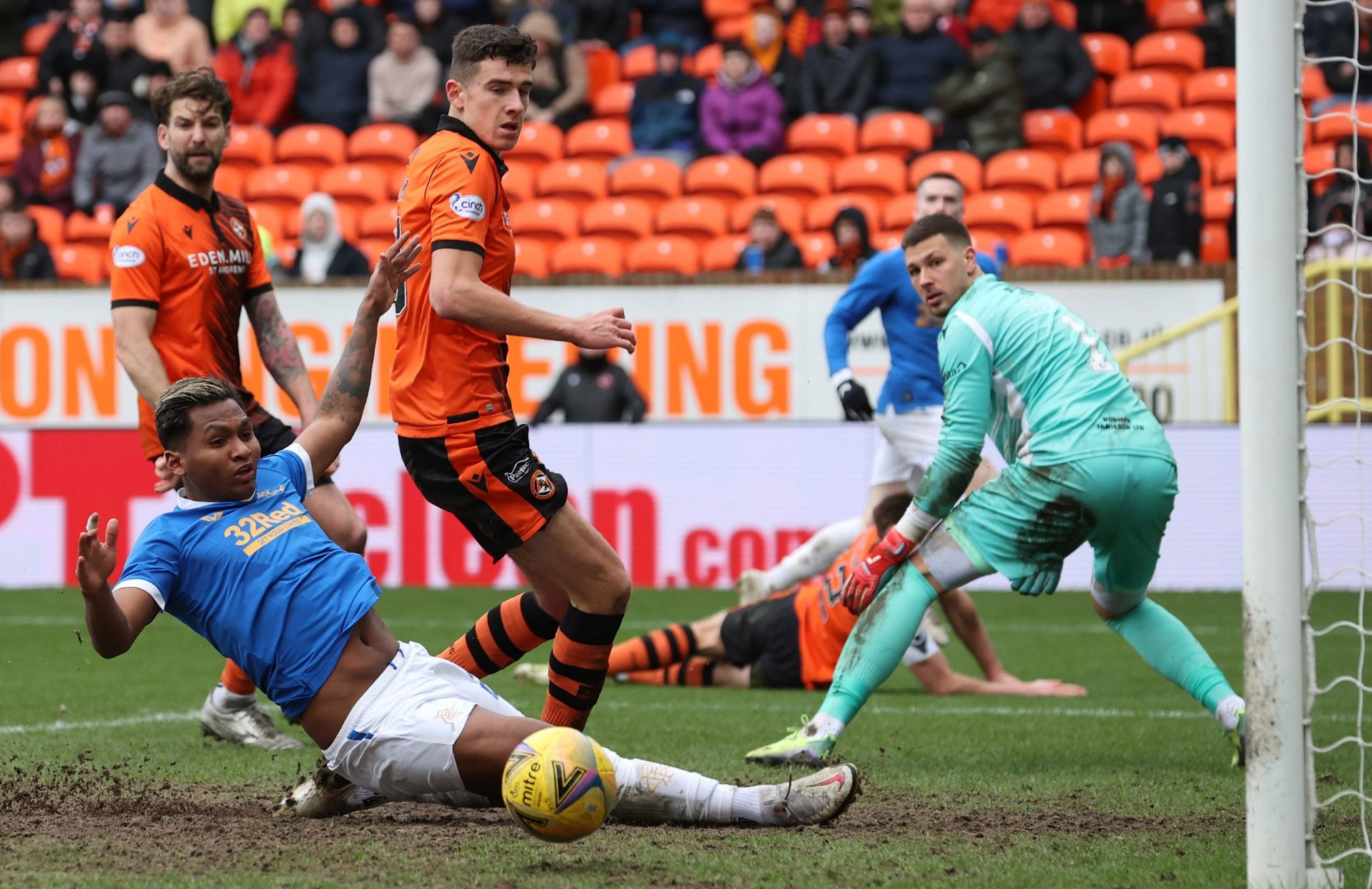 By Craig VickersFebruary 20, 2022No Comments

Rangers were held to a 1-1 draw at Tannadice to lose further ground in the Scottish Premiership title race.

The Gers fell behind to a Ross Graham header in the first half, before Joe Aribo levelled in the second period to restore parity.

Giovanni van Bronckhorst’s men had 29 shots on goal, but they were left to rue wastefulness infront of goal.

Rangers have now taken just three points from a possible twelve in away fixture since the turn of the year.

Celtic host Dundee later this afternoon with the chance to go three points clear of their bitter rivals at the top of the table.