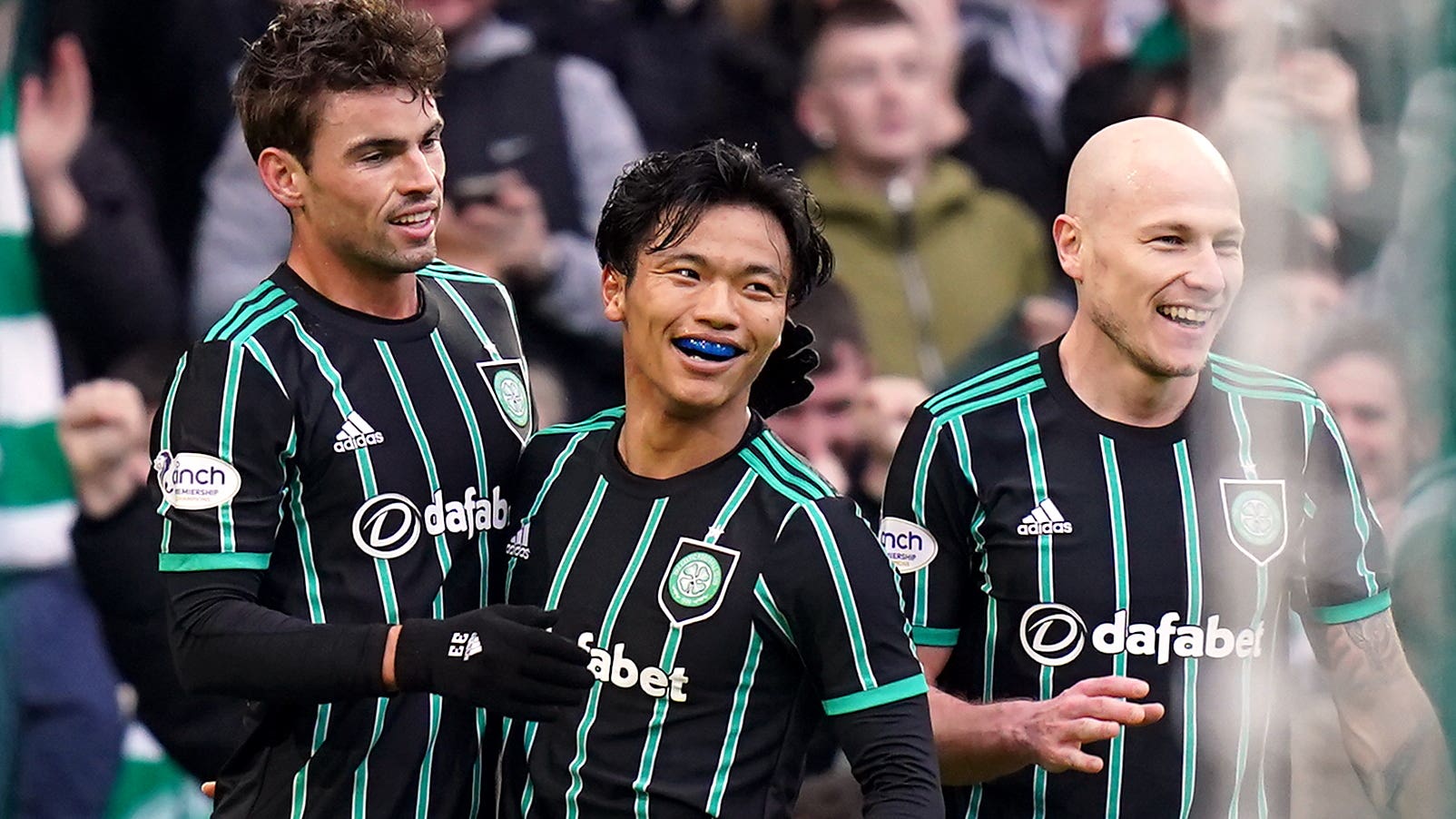 By By Gavin McCafferty PADecember 24, 2022No Comments

Reo Hatate scored a double from right-back as Celtic consolidated top spot in the cinch Premiership with a 4-1 victory over St Johnstone.

Kyogo Furuhashi also netted a brace as the Hoops restored their nine-point lead over Rangers at the summit.

Drey Wright pulled one back but Celtic went into Christmas with a 19-goal advantage over their city rivals.

VAR had a major say on proceedings with goals for each side given following interventions and Celtic substitute David Turnbull was sent off in stoppage time after referee Kevin Clancy went to his monitor to take another look at his challenge on Saints goalkeeper Remi Matthews.

Clancy upgraded his initial yellow card to a red, meaning the midfielder will be suspended for games against Hibernian and Rangers.

St Johnstone arrived at Celtic Park on the back of a six-match unbeaten run but taking on the champions on their home turf is a different proposition. Ange Postecoglou’s side have now taken 55 Premiership points from a possible 57 at Parkhead over the course of 2022.

Hatate was redeployed after Anthony Ralston failed to shake off the knock that forced him off against Livingston in midweek. With Josip Juranovic enjoying some time off after the World Cup, and new signing Alistair Johnston unable to play until January, the midfielder lined up in a back four with Aaron Mooy taking his place in the centre of the park.

Postecoglou had promised changes after being dissatisfied with elements of his side’s attacking play in the 2-1 win over Livi and James Forrest and Daizen Maeda seized their chance on the wings.

Furuhashi kept his place, no doubt to the frustration of Giorgos Giakoumakis, who posted an emoji of an hourglass on social media following his 82nd-minute introduction against Livi.

Saints had Matthews back from illness and both Ryan McGowan and Melker Hallberg returned from suspension. There was no place for Ali Crawford following his match-winning double off the bench against Ross County as Saints started with Nicky Clark and Stevie May up front.

Celtic caused Saints early problems down the left and Furuhashi claimed he had scored from the latest in a series of Mooy corners but there was no VAR review called after Matthews palmed the ball away.

The 14th-minute opener came after Furuhashi sent Maeda tearing down the left. The Japan international’s low cross eventually fell for Hatate, whose 20-yard strike was deflected inside the near post.

The second goal also came from the left flank four minutes later as Furuhashi flicked O’Riley’s low cross home at the near post.

Furuhashi poked the ball straight at Matthews from a decent chance moments before notching his second goal five minutes before the break. Mooy’s lofted pass got Forrest in behind and the winger squared for Furuhashi to net from close range.

Hatate’s second goal in the 52nd minute was initially disallowed for offside but the decision was overturned following a VAR check. The stand-in full-back had run on to McGregor’s pass and slotted into the far corner.

Forrest had a shot saved before Joe Hart got something to do after the Celtic backline was breached by a lofted ball forward midway through the second half.

The goalkeeper made a double stop from May and Wright before the latter netted the rebound. Again the goal was flagged offside before VAR overturned the decision.

Hatate came close to a hat-trick when his left-footed effort hit the outside of the post after an overlap.

Giakoumakis had come on immediately after St Johnstone’s goal amid a raft of attacking changes for Celtic and the striker was denied on three occasions by Matthews.