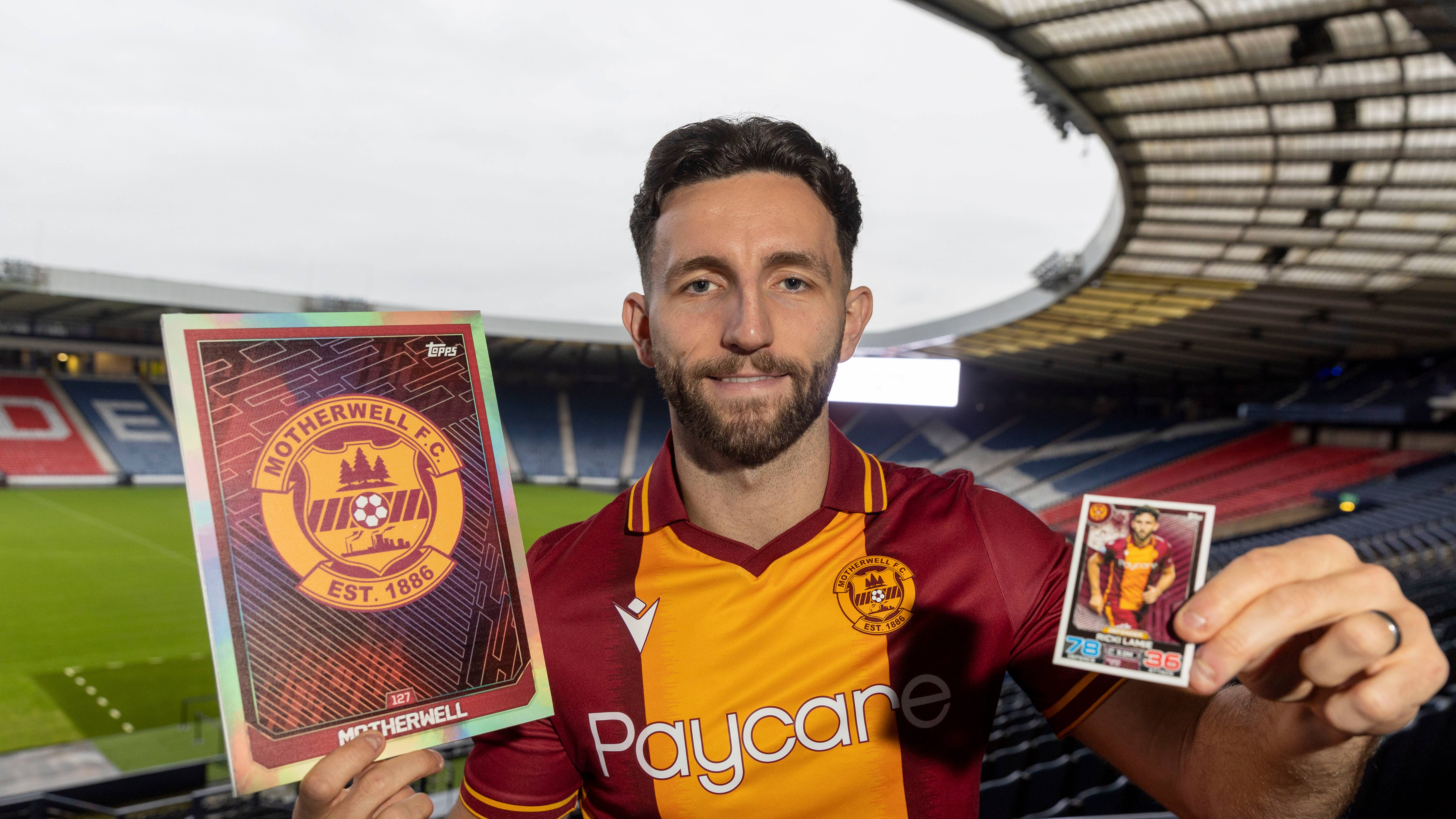 Motherwell defender Ricki Lamie has faith that his team-mates will turn performances into points sooner rather than later.

Well have won only once in 10 cinch Premiership matches since thrashing Ross County 5-0 in Dingwall and fine margins have been going against them – they hit the bar twice during Monday’s 1-1 draw with Livingston.

Steven Hammell’s side sit 10th in the table, level on points with Dundee United below them and three above bottom club County ahead of Sunday’s visit of Hibernian to Fir Park.

Lamie, speaking to promote the new 2022/23 SPFL Match Attax collection, said: “You look at the league table and that’s the only story that gets told.

“We have been playing some good stuff. We have good players in our ranks and that’s where the belief stems from. We have players that can go and win games and we are creating, which is another good sign.

“We just need it to click and go and get a happy medium between playing some good stuff and getting points on the board.”

Hibs are another team desperate for points following their 3-0 derby defeat at Hearts and with manager Lee Johnson under pressure following nine defeats in 11 matches.

Lamie said: “It will be a great game. Earlier on in the season at Easter Road it was a tightly-contested game with one goal the margin. We will be looking to be on the right side of the result on Sunday.

“We are well aware the home form is something we need to improve and every game is a chance to do that.”