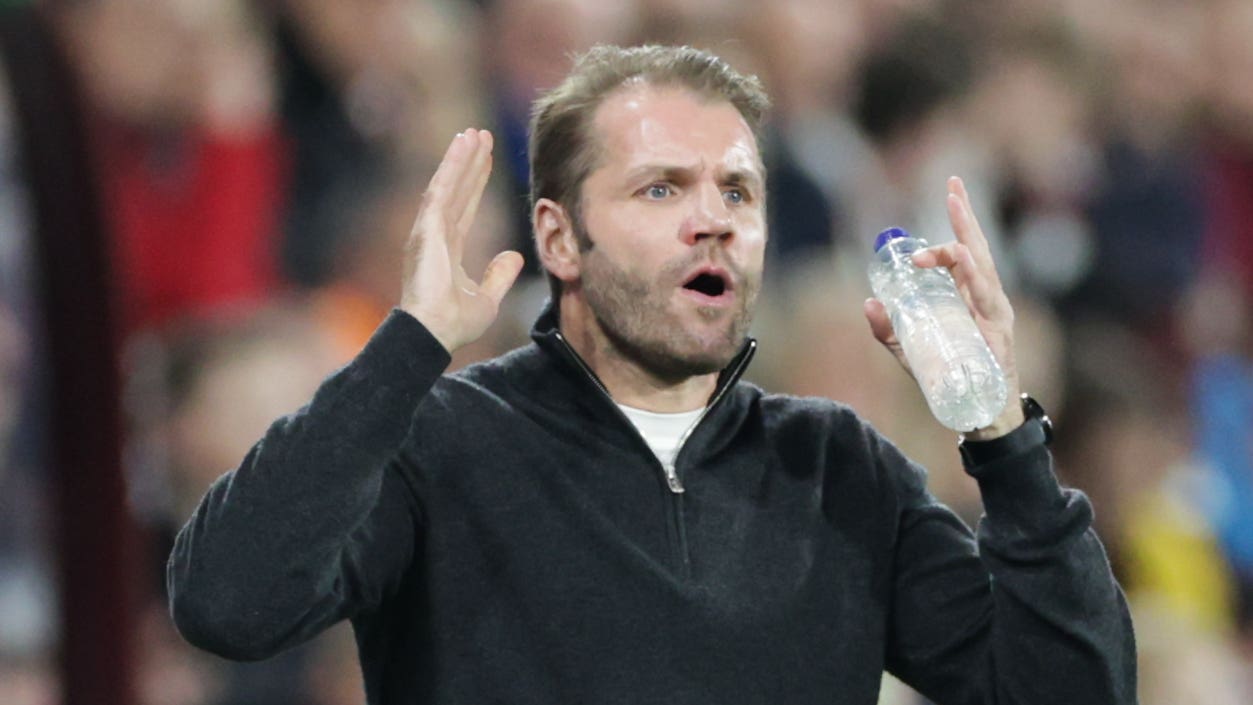 By By Anthony Brown PANovember 12, 2022No Comments

Neilson was shown a yellow card after running on to the pitch to celebrate following Josh Ginnelly’s equaliser for his 10-man team in the sixth minute of stoppage time.

But the caution was the least of his concerns on a day when he felt VAR interruptions made a mockery of the game.

“It was a shambles, to be honest,” he said. “We’ve got this period (the World Cup break) and hopefully it gets ironed out a wee bit.

“You don’t need three, four minutes to check every single decision. It needs to be done a lot quicker.

“You can watch a video and within one, two, potentially maximum three minutes you can make a decision and it gets fired back but we’re stopping the game for everything and it’s taking two, three, four minutes.

“It’s got to get better because that’s going to kill football.

“In English games, they continue to play the game while they’re checking the decisions and they’ll tell the referee but for some reason we’re stopping everything and it’s just killing the game.”

While trailing 1-0 to Stephen Kelly’s 55th-minute opener, Hearts had Kye Rowles sent off for tugging the shirt of Joel Nouble following a VAR review.

“I asked the fourth official the rules on it and he didn’t know – that’s the worry,” said Neilson.

“You then play on and there’s three or four phases. I don’t know but the problem is I don’t think anybody knows. If the officials don’t even know, what chance have we got? That’s the difficulty of it.”

Asked about his wild celebration, Neilson said: “It was more just through pure frustration because of what a shambles of a day it had become.

“We’ve got a VAR check on Alex Cochrane for a potential red card and it takes four minutes to get it done. God knows how many times he needs to watch it.

“Then when it’s done we get the throw-in. Surely if you’re stopping it for that time it has to be a foul first and foremost. You’d be as well getting the ref in (to explain), though he’ll probably not know either.”

Livingston boss David Martindale also had VAR-related gripes as he felt referee Craig Napier should have looked at the monitor to assess Cochrane’s robust challenge on Nicky Devlin – which was not deemed a foul following a review – as well as an incident in the lead-up to Hearts’ equaliser when he felt Alan Forrest handled the ball.

“There were a couple of big decisions that I’m disappointed VAR never asked the ref to have a look at,” he said.

“The challenge on Nicky from Cochrane, how he doesn’t get asked to look at it on the monitor I’ll never know. I am actually getting to the stage where I don’t know how the game is being reffed.”

Asked about the alleged handball in the lead-up to Hearts’ goal, Martindale said: “Apparently it was accidental, let’s just say I don’t think it was.

“I think it should be pulled back and the goal shouldn’t be given.”

Martindale was also “surprised” his team were given a penalty for Rowles’ tug on Nouble but disappointed Kelly failed to put the Lions 2-0 ahead with his spot-kick.

He said: “We’ve got to score. If we go 2-0 up the game is done. But they get a lift. We had a couple of half chances so I’m disappointed to be leaving Tynecastle with a point.”