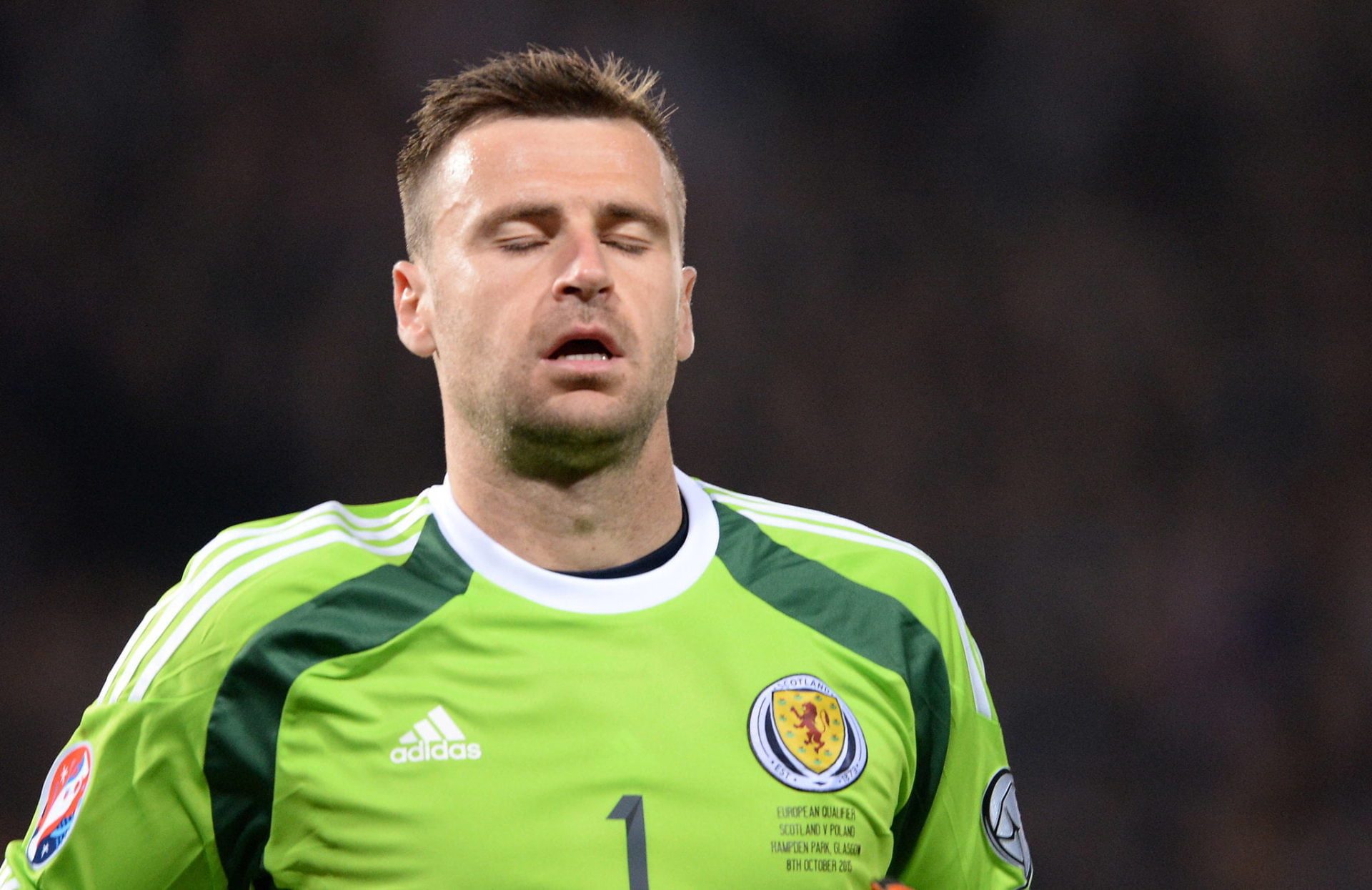 For me, there’s no debate. David Marshall is No.1.

He might have been out through illness and as all good goalkeepers do McGregor and Gordon tried to stake their claim.

But I just think it’s bang out of order for people to start saying because of one good game those two are now ahead of Marshall in the pecking order.

Marshall hasn’t done anything wrong in any of the campaigns we’ve played in. In fact I would go further and say he was our best player in the last one.

He’s the undisputed no.1 in my mind and I would like to think that Gordon Strachan would be honest and professional enough to know that until he does something wrong he is still the no.1.

But I don’t understand where Strachan is coming from. He said it’s good that we can pick goalkeepers for different situations which is a lot of nonsense!

You don’t choose a different goalkeeper depending on the opposition’s strengths. Marshall is the best all-round goalkeeper we’ve got. You stick with him.

He’s got a presence about him, he’s solid in everything he does and year on year he just gets better and better.

You can see that improvement in him and you can see why Premier League clubs like Everton want to buy him.

He went down had a couple of good games and was dropped – injury played a big part too – but on the basis of the three of them playing in the Premier League, I would say Marshall has been the better.

I think he’s going to be a £10m goalkeeper with Everton in the summer – and if not it wouldn’t surprise me if somebody else will try to buy him.

Listen, all credit to the two goalkeepers who have come in Allan McGregor in particular had an excellent game against Czech Republic.

It’s tremendous that we have three goalkeepers of that quality if one of them gets injured you know the other can step in and do a job but for me David Marshall is by the far the no.1 goalkeeper.