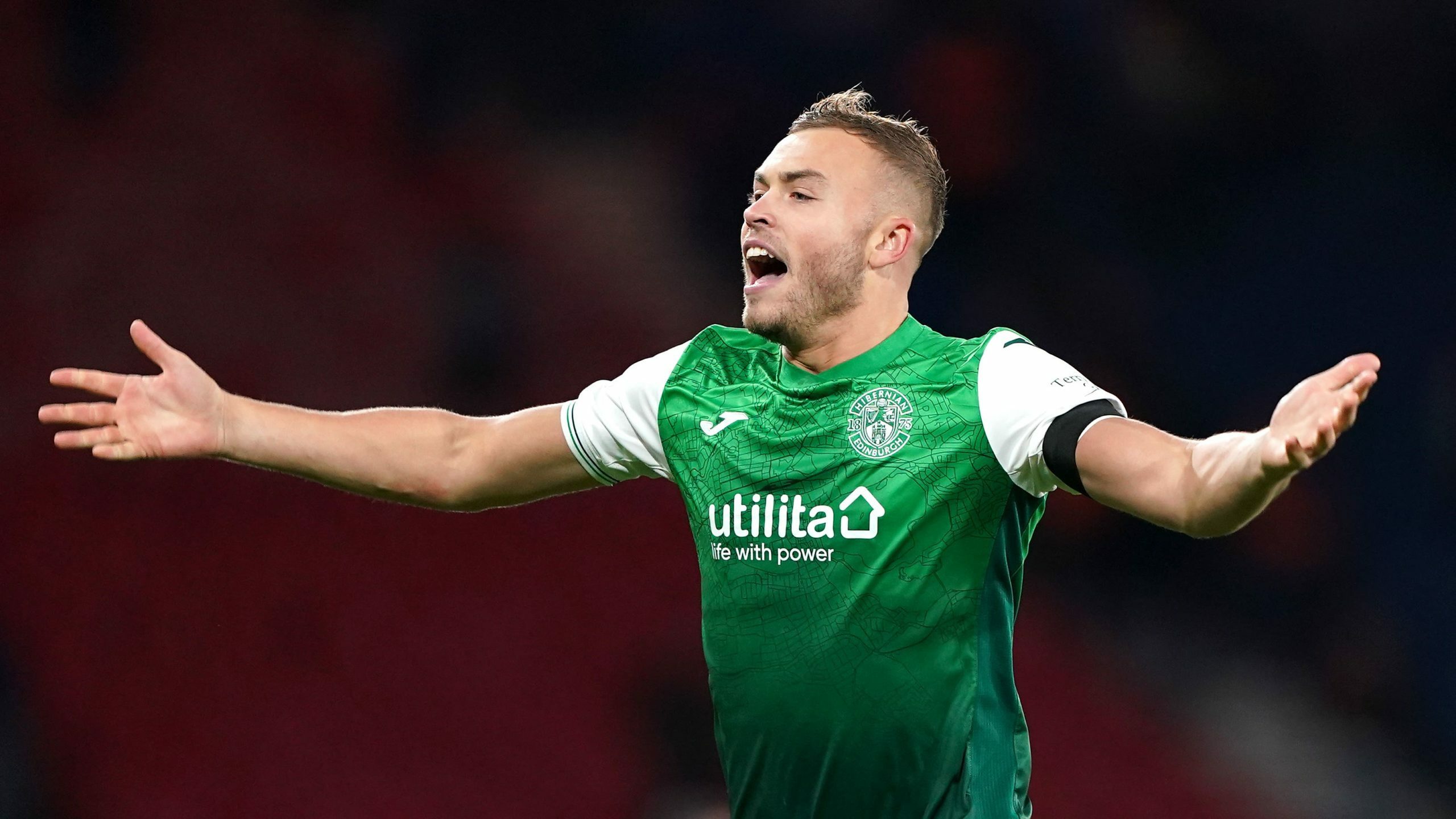 Ryan Porteous: Scotland cap would be highlight of my career

The centre-back has one more chance to stake his claim when Hibs host Aberdeen on Saturday before he joins up with Steve Clarke’s men for a Nations League triple-header against Ukraine, twice, and the Republic of Ireland.

Porteous won his first call-up in November 2021 as a late replacement for the ill Scott McTominay ahead of a World Cup qualifier against Denmark and was delighted to get his second this week.

The 23-year-old told Hibernian’s website: “It’s something I wanted to achieve since my last one. I can’t wait to get back with the lads and stake a claim.

“I want to go in there and earn a right in training to make a claim to start the game. I’ve not got a cap yet, which is something I’ve always wanted to do in my career, and I think that feeling would certainly surpass anything I’ve done in football so far. That’s my next goal.”

Hibs have Lee Johnson back in the dugout at Easter Road on Saturday for the first time since he underwent emergency surgery.

And the former Sunderland boss believes the visit of third-placed Aberdeen is a good test for his team.

“I expect a very strong side,” he said. “I think they’ve spent well and the players they’ve recruited have been good. I think a win for us would validate the hard work we’ve been putting in at HTC (Hibernian Training Centre), which is the natural focus.

“We want to be competitive, and this is a very good test for us against a team that we think is a natural competitor.”