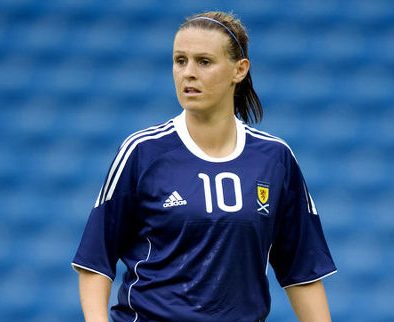 Scotland legend Julie Fleeting is set to be inducted into the Scottish Football Hall of Fame, it has been revealed.

The Women’s football icon scored 116 goals for the national side in just 121 appearances for her country.

Julie began her football career at Ayr United before becoming the first ever Scottish women to play in the Women’s United Soccer Association after a two-season spell at San Diego Spirit.

She was awarded an MBE in 2002 for her services to women’s football as well as starring for Kilwinning Ladies, Celtic and Glasgow City.

Julie said: ““I am thrilled to learn that I will be joining the Scottish Football Hall of Fame this year.

“The list of great names in the Hall of Fame is incredible and it’s an honour to be joining them.

“Women’s football in Scotland is improving year by year as demonstrated by the National Team reaching the World Cup finals next year.

“Hopefully the increased profile of the women’s game will inspire more women and girls to pursue the game that we all love.”

The Scotland icon, who captained her country for eight years, will be joined by four other inductees who will be announced later this month.