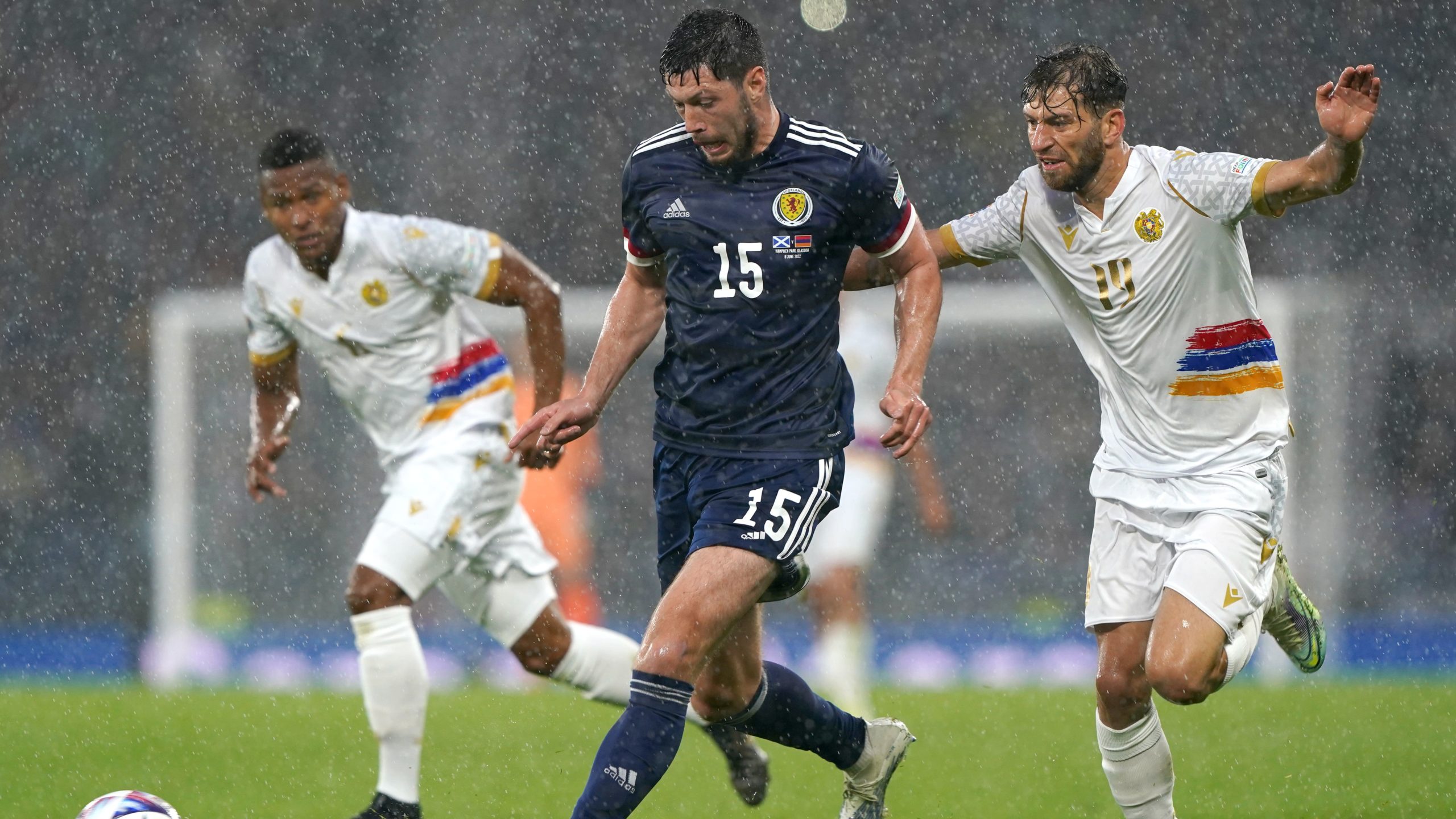 Scotland out to atone for Dublin drubbing against Republic, says Scott McKenna

By By Anthony Brown PASeptember 23, 2022No Comments

Scott McKenna says Scotland will be out to make amends for their Dublin horror show when they host Republic of Ireland in Saturday’s Nations League showdown.

The Scots were thrashed 3-0 by Stephen Kenny’s side at the Aviva Stadium in June. Although they have bounced back to win their two most recent matches against Armenia and Ukraine, Nottingham Forest defender McKenna feels Scotland owe their supporters a big performance against the Irish this weekend.

“I’d imagine they (Ireland) will play much the same because of the problems they caused us, but we were very poor that day and let a lot of people down,” he said. “We’ll be looking to make up for that tomorrow.”

Asked if Scotland feel they have a point to prove, McKenna said: “Yes, definitely. We let ourselves down, we let everyone back home down and also we let a big travelling support down. We owe it to everyone to put in a performance and get a positive result.”

McKenna has won 27 Scotland caps since making his debut in 2018 but has had to be patient to establish himself as a starter.

Injuries to key defenders such as Andy Robertson, Grant Hanley and Liam Cooper have paved the way for the 25-year-old to start three of the team’s last four matches, including Wednesday’s impressive 3-0 win at home to Ukraine when he partnered Jack Hendry at the heart of a back four.

“When I’ve been out the team it’s because the players in my position have been doing so well,” he said. “Grant Hanley has been excellent over the last couple of years and KT (Kieran Tierney) is a world-class player who has been playing left of the back three, so I can have absolutely no arguments about not playing.

“I always felt it was important that when I did play I showed the manager what I could do and I think I’ve managed to do that.”