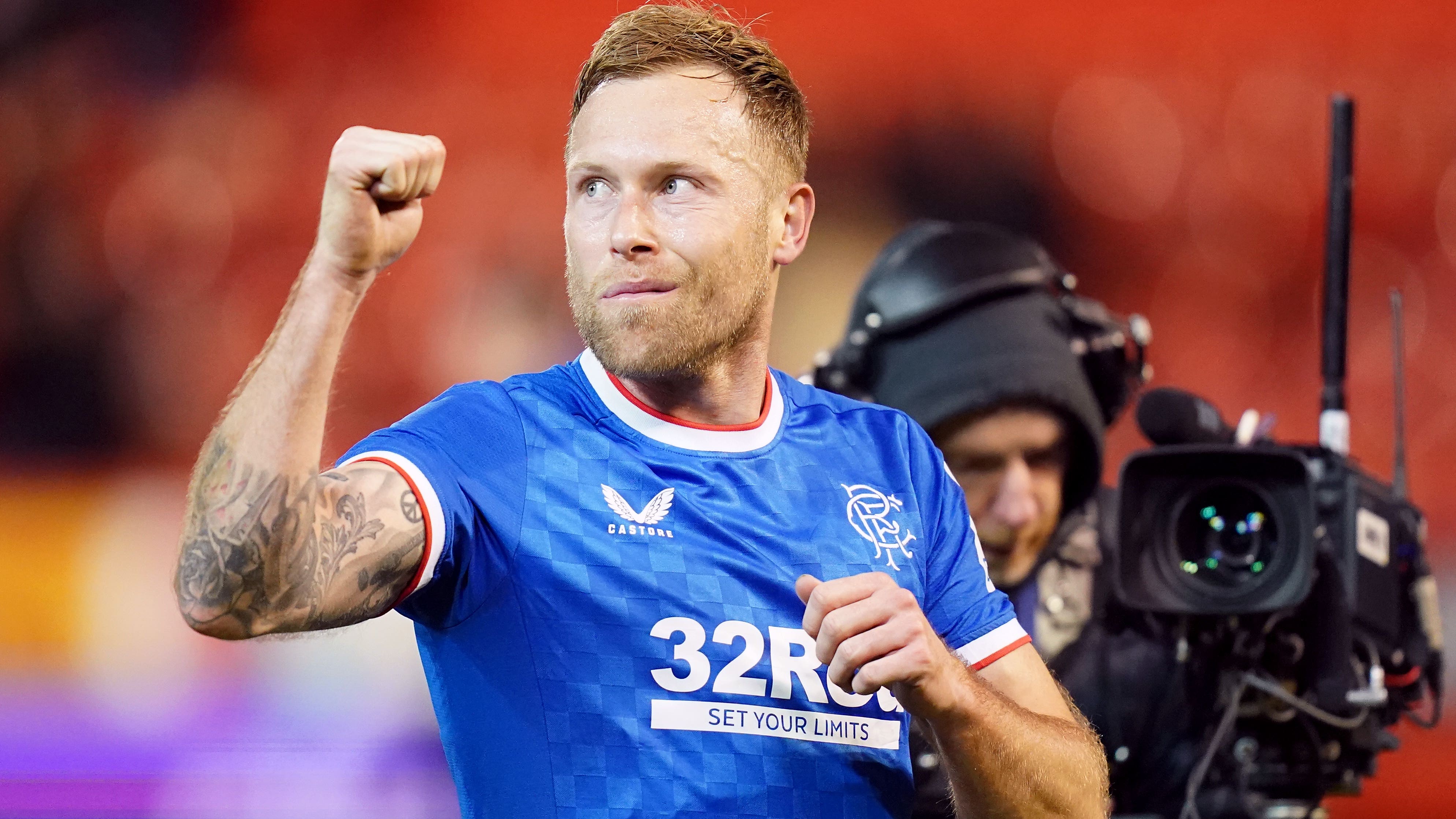 Scott Arfield hailed a “very important” Rangers victory after producing a game-changing cameo appearance from the bench to earn Michael Beale’s side a dramatic 3-2 triumph at Aberdeen on Tuesday night.

The 34-year-old midfielder again found himself among the substitutes for Beale’s second game as Gers boss and watched as the Dons overcame Fashion Sakala’s early opener at Pittodrie to lead through goals by forward Luis ‘Duk’ Lopes and midfielder Leighton Clarkson.

Arfield was one of four Rangers replacements introduced just before the hour mark and he came up with the goods in stoppage time, levelling in the 95th minute after Dons keeper Kelle Roos had spilled a Ryan Kent drive before knocking in the winner from close range in the final seconds.

It was a second 3-2 comeback win in the cinch Premiership for Beale, the former assistant coach to Steven Gerrard, after beating Hibernian by the same scoreline at Ibrox last Thursday night.

Arfield told Rangers’ website: “I have worked with the manager for around four years all in, and he knows me very well and knows what I can give to this team and to the squad.

“When you are not in the starting team it is so important that you come on and you try and impact games.

“You look at the ability, particularly in the midfield area where I am trying to get into… It is all about driving the standards and driving the players and that is what creates the good harmony and creates winners and that is our aim, to keep pushing each other.

“It was very important that we started this week in the right way.

“For the first half we controlled large parts of it, they got a good free-kick and the boy did great to score it.

“It was a poor start to the second half, conceding the goal and then again it was about us trying to get back into the game and it only takes one big moment to change it.

“Even before the goals, I probably should score myself with the left-footed shot inside the box so it was all about getting it right and you never know when football can change.

“It can change in the blink of an eye and we have had that done to us so many times over this season in games when we should’ve come away with the three points, so it was very important we did that.”