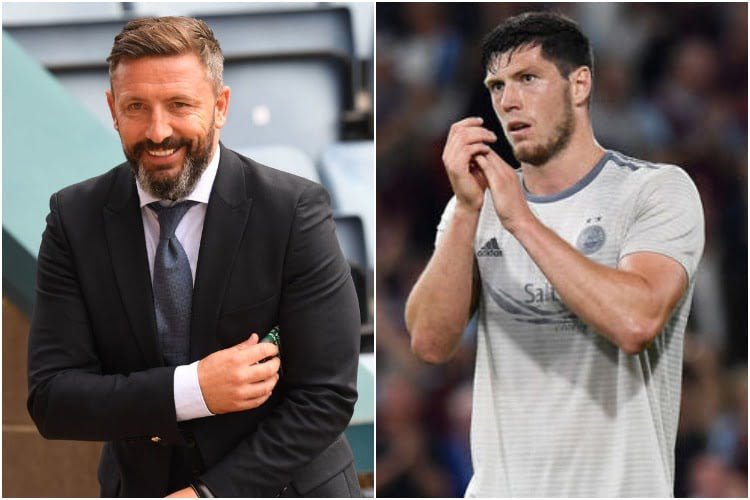 Aberdeen rejected a reported £3.5million offer for the Scotland international this week and Celtic manager Brendan Rodgers has since accepted he will not be sold during this transfer window.

McInnes is confident the 21-year-old centre-back is in no rush to move having signed a contract until 2023 in March.

“For me it’s plain and simple,” McInnes said. “I can understand clubs admiring some of our players and Scott in particular. But Scott is a very important player for us and I do believe Scott will move in time to the English Premier League.

“We had been bracing ourselves because there had been rumours that Celtic were going to come, and we were maybe not too surprised they were came after the English window closed. But he’s our player thankfully and we move on.”

McKenna is out of action ahead of Aberdeen’s trip to face Hibernian on Saturday after suffering a hamstring injury in the Ladbrokes Premiership season opener against Rangers.

The injury also looks likely to keep the centre-back out of Scotland’s upcoming double header against Belgium and Albania and McInnes declared his player was much more concerned with his fitness than transfer business.

“He’s absolutely fine, just concentrating on trying to get himself fit and back into action,” the Dons boss said.

“He is very relaxed about it, whether he takes it as a backhanded compliment or whatever.

“We are in no rush to sell and if we do sell it will be on our terms. I am relaxed about it, he is a fantastic young man.

“We have not even had a full season of him in the first team. He has got more caps to earn, he has more games to play with us, hopefully he has plenty to achieve with us.

“But there is an inevitability about it all. We know Scott will at some point be moving on to bigger and better things, it’s just not at this moment.”