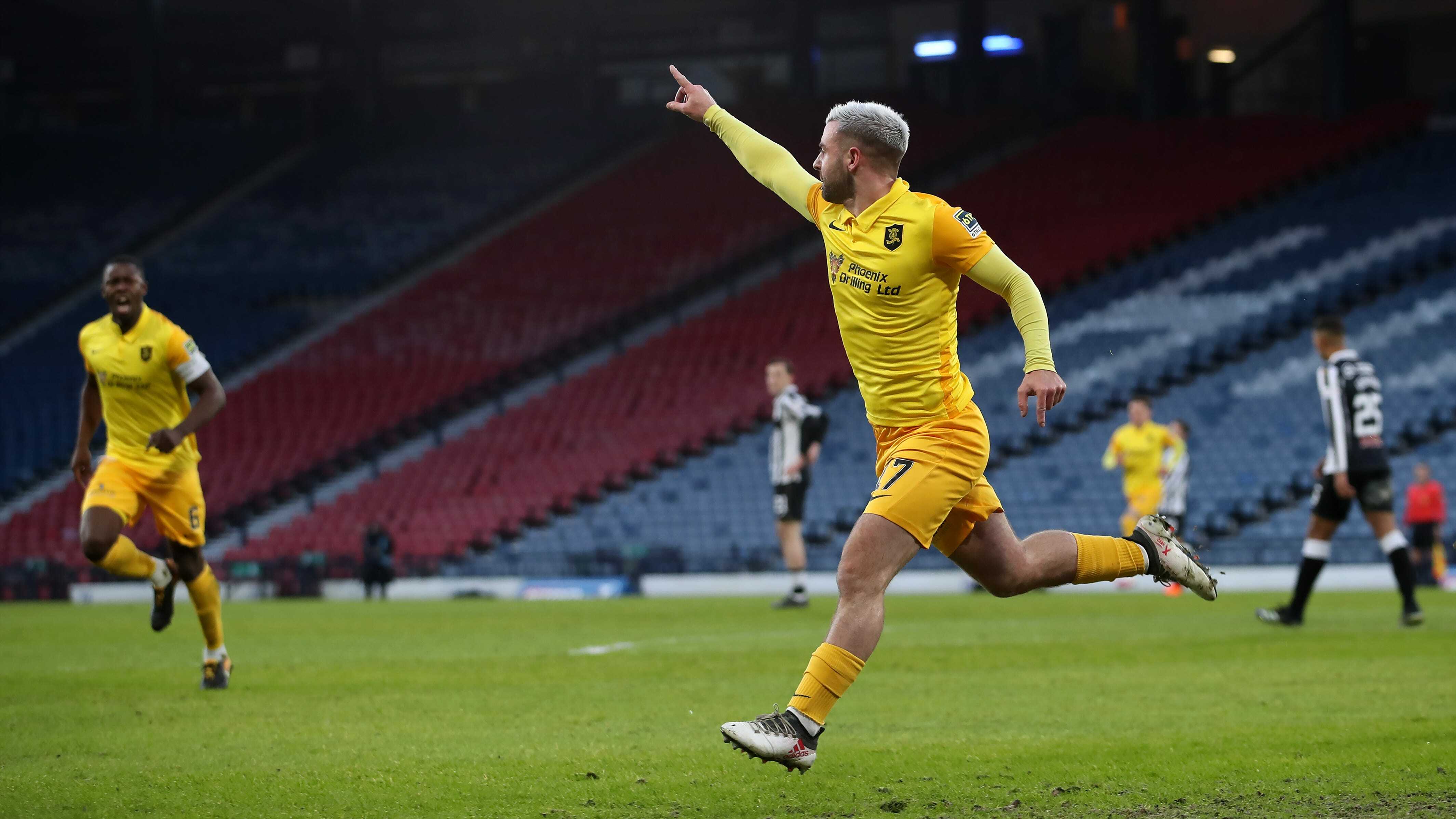 By By Chris PhillipsDecember 28, 2022No Comments

Scott Robinson scored on his first start since January as Kilmarnock recorded a deserved 2-1 victory over Aberdeen at Rugby Park.

Robinson punished some hesitant Dons defending to mark his return from a long-term foot injury with a coolly taken goal and Joe Wright’s impressive header had the hosts in front at half-time.

Matty Kennedy netted a late consolation for Aberdeen with a spectacular free-kick but the visitors were unable to threaten a comeback as they fell to a first top flight defeat at Rugby Park since 2011.

The result means Jim Goodwin’s side have now lost four matches in a row since the cinch Premiership resumed following the World Cup, while Kilmarnock’s victory sees them climb to ninth in the table.

Kilmarnock boss Derek McInnes had made three changes from his side’s comeback draw against Motherwell, with McKenzie and Robinson coming in for Jordan Jones and Bobby Wales, while Liam Polworth replaced the suspended Alan Power.

The Dons made just two alterations, with Ryan Duncan making his first start in place of Leighton Clarkson, and Jack McKenzie starting in place of the suspended Anthony Stewart who was sent off against St Mirren last time out.

It was the home side who started better and they had the first chance of the game in the 8th minute as a neat passing move down the right-hand side ended with Robinson skewing a shot wide from eight yards out.

Kilmarnock had an even better opportunity five minutes later as a inch-perfect inswinging cross from Dan Armstong found Ash Taylor but he could only glance a header wide from only a few yards out.

Duncan had the away side’s first effort on goal in the 23rd minute but the youngster’s left foot shot was easily parried away by Kilmarnock goalkeeper Sam Walker.

The hosts were well on top though and Christian Doidge twice came close before Dons stopper Kelle Roos denied McKenzie with a big save as he went through one-on-one.

Kilmarnock’s dominance eventually told just after the half hour mark, and it was the returning Robinson who opened the scoring, as he punished a ponderous Aberdeen defence to latch onto McKenzie’s cross and fire the ball into the far corner from six yards out.

It was no more than the hosts deserved, and it would soon get better for them as they doubled their advantage in the 42nd minute.

Defender Taylor was the unlikely architect, as he found himself in space on the left wing and his pinpoint cross was headed home by his centre-back partner Wright who made it 2-0 to the hosts.

Aberdeen boss Goodwin would have been looking for a reaction in the second half but it was the home side who could have made the game safe in the 54th minute, as Armstrong scuffed a chance wide of the target following a brilliant dummy from Robinson.

After the entertainment of the first period, the second half was a far cagier affair with Kilmarnock content to sit back and defend their advantage.

Despite enjoying most of the ball, the visitors were proving toothless in attack and it took until the 77th minute for them to create another chance, as substitute Christian Ramirez curled narrowly wide from the edge of the box.

Aberdeen did eventually get on the scoresheet in the dying moments of the game as Kennedy curled a precise free-kick over the wall and into the net from 25 yards but it would prove too little too late as Kilmarnock held on to claim a priceless victory.