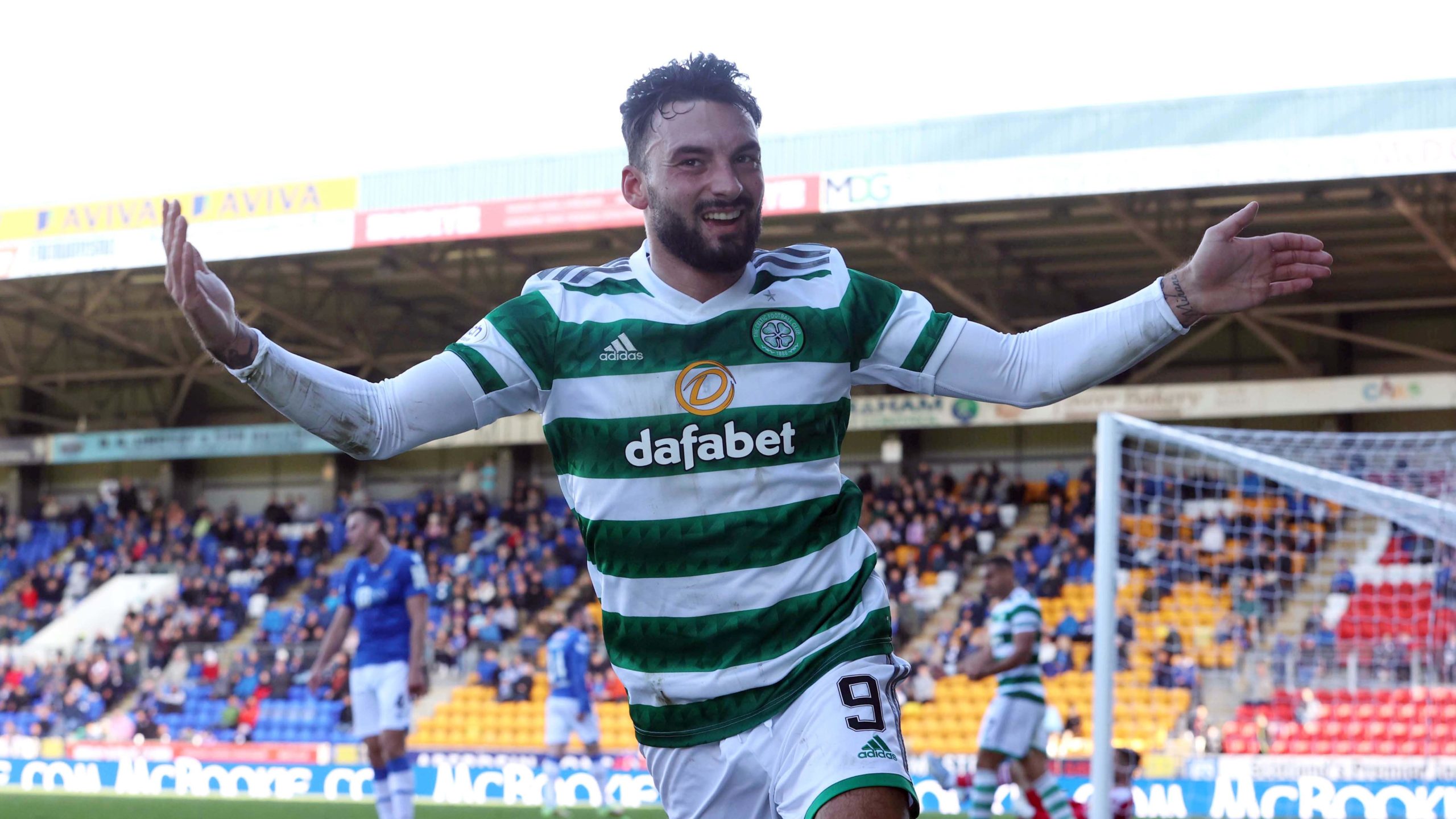 By By Gavin McCafferty PAOctober 9, 2022No Comments

Celtic manager Ange Postecoglou was impressed with the performance of Sead Haksabanovic after handing the versatile Montenegro international a central role against St Johnstone.

The cinch Premiership champions were beginning an extended spell without skipper Callum McGregor in the starting line-up and Postecoglou sprung something of a surprise by naming Matt O’Riley at the base of his midfield, with Reo Hatate and Haksabanovic further forward.

Haksabanovic has largely played on the wing since his recent signing but his movement and driven ball led to Celtic’s opener in a 2-1 win when Andrew Considine put through his own net.

When asked how he felt his new-look midfield had worked, Postecoglou said: “I thought it was OK. Haks was a threat every time he got on the ball, running at them and also running into the channels. He was really good.

“Matty was good but Matty and a couple of other guys put a massive shift in the other night.

“We have just got to manage our way through this period and make sure that we don’t overload the players. For the most part, I thought it worked OK.”

The more obvious candidates to replace McGregor in a withdrawn midfield role, Aaron Mooy, Oliver Abildgaard and James McCarthy, all finished the game, with the latter playing a role in the dramatic winner five minutes into stoppage-time.

McCarthy won the ball and played Alexandro Bernabei down the left wing before the Argentinian crossed for Giorgios Giakoumakis to restore Celtic’s lead two minutes after Saints defender Alex Mitchell had levelled following a set-piece.

Left-back Bernabei was making his first Premiership start and only his third appearance for Celtic and produced a positive display.

“I thought he did well,” Postecoglou said. “He got a bit tired towards the end. That’s his first game of football for quite a while, but he showed the attributes we find exciting in him.

“He takes the game on and is really aggressive with the ball and he defended everything. He is a young player we have got high hopes for.

“It’s not an easy venue to make your Premiership debut, it might have been easier to give him a game at home, but he handled it really well.”

Saints had only 25 per cent of possession but recorded eight of the game’s 19 shots at goal and had three of the seven on target.

After a slightly shaky start, the home side frustrated Celtic until Haksabanovic escaped his runner.

Celtic squandered chances to go two ahead but Saints fought back well in the final quarter with substitutes Stevie May and Connor McLennan having good chances.

Despite his frustration over the finale, manager Callum Davidson was generally happy with the way his side had carried out the game plan.

“First half I thought we were tactically very good,” he said.

“The boys worked unbelievably hard to stop Celtic getting in behind and firing balls across the goal.

“They had a couple in the first 10 minutes and then we switched off in the 42nd minute and conceded an OG.

“Our heads could have gone down but we stayed in the game and rallied. Our substitutions helped us and we had a real go second half.”