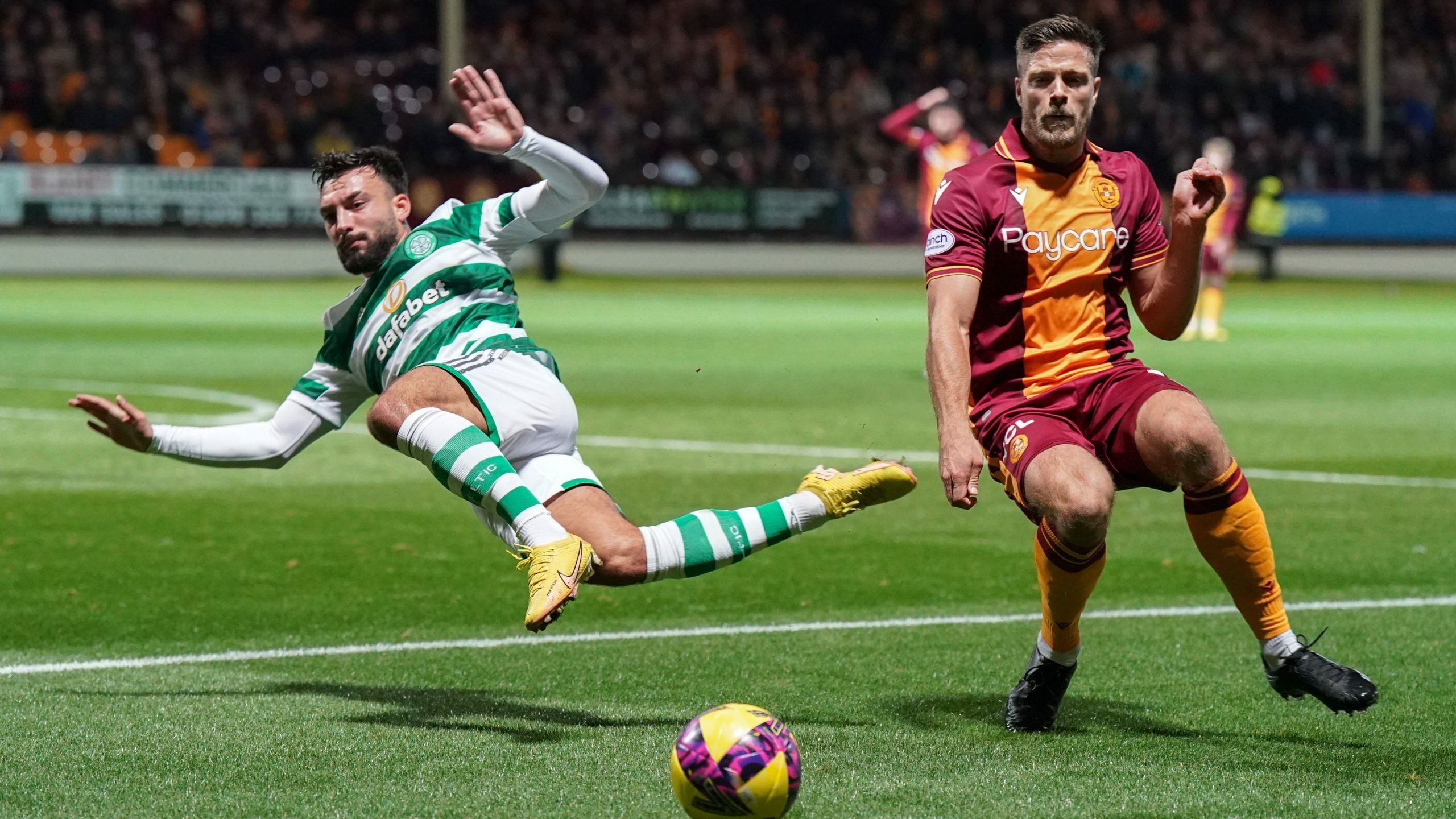 By By Gavin McCafferty PAOctober 30, 2022No Comments

Motherwell manager Steven Hammell has challenged Sondre Solholm to build on his first goal for the club after the defender headed the winner against Dundee United.

Solholm headed home from eight yards out – via the hand of United goalkeeper Mark Birighitti – to claim the only goal of the game midway through the cinch Premiership encounter at Tannadice.

The Norwegian centre-back had gone 40 games without a goal since arriving in Scotland in August 2021 and Hammell feels his defenders in general could add more goals to their game.

Hammell said: “He claimed he got one earlier in the season, I think that could potentially have been an own goal as well, in the St Johnstone game.

“It’s something I spoke to him about. We do individual meetings, progression meetings, and how we think they can do better and he was telling me he scored 25 goals before he came to Motherwell. So that was something we really needed to highlight and be better at.

“With his ability and the amount of set-pieces we get and the delivery we have got, he should be scoring more.

“It’s a challenge we put on – it’s not just up to Kevin (van Veen) and the forward players to score.

“With the set-pieces and delivery we have we should be putting more numbers on the table. Centre-backs, midfielders, full-backs, the players around the edge of the box, we need to be a bigger threat at set-pieces and I thought we carried that.”

Birighitti was back in the United team for the first time since a painful week in August which saw him concede 11 goals in two matches and then suffer a hamstring injury.

The Australian was preferred to Carljohan Eriksson and United head coach Liam Fox explained his thinking.

“I have two number-one goalkeepers and Mark has been training really well,” Fox said.

“So I thought, off the back of a couple of defeats, that might give us a little spark that was needed.”

There were question marks about Birighitti’s attempts to stop Solholm’s header – the ball spun up in the air off his hand and then back over the line.

“Potentially if Mark gets a weaker hand on it then it maybe goes over the bar — but he gets a strong hand on it and it goes straight up,” Fox said.

Eriksson has spoken of his difficulties in waiting so long for a United debut, which ended in a 9-0 defeat by Celtic – and Fox was asked if he had to manage the Finn’s situation carefully.

“I have to manage all the players carefully because they are all human beings with feelings and emotions,” he said. “They are all on different journeys and it’s my job to do that. I made a decision and that’s the way it is.”

United struggled to create chances, although they were not helped by Tony Watt’s red card five minutes before the break.

Watt was sent off for a challenge on Sean Goss after a VAR review but Fox felt referee John Beaton might have come to a different conclusion if he had viewed alternative angles and the club could appeal against the decision.

“We will discuss that over the next couple of days but I would probably imagine so, yes,” he said of the prospect of an unfair dismissal claim.