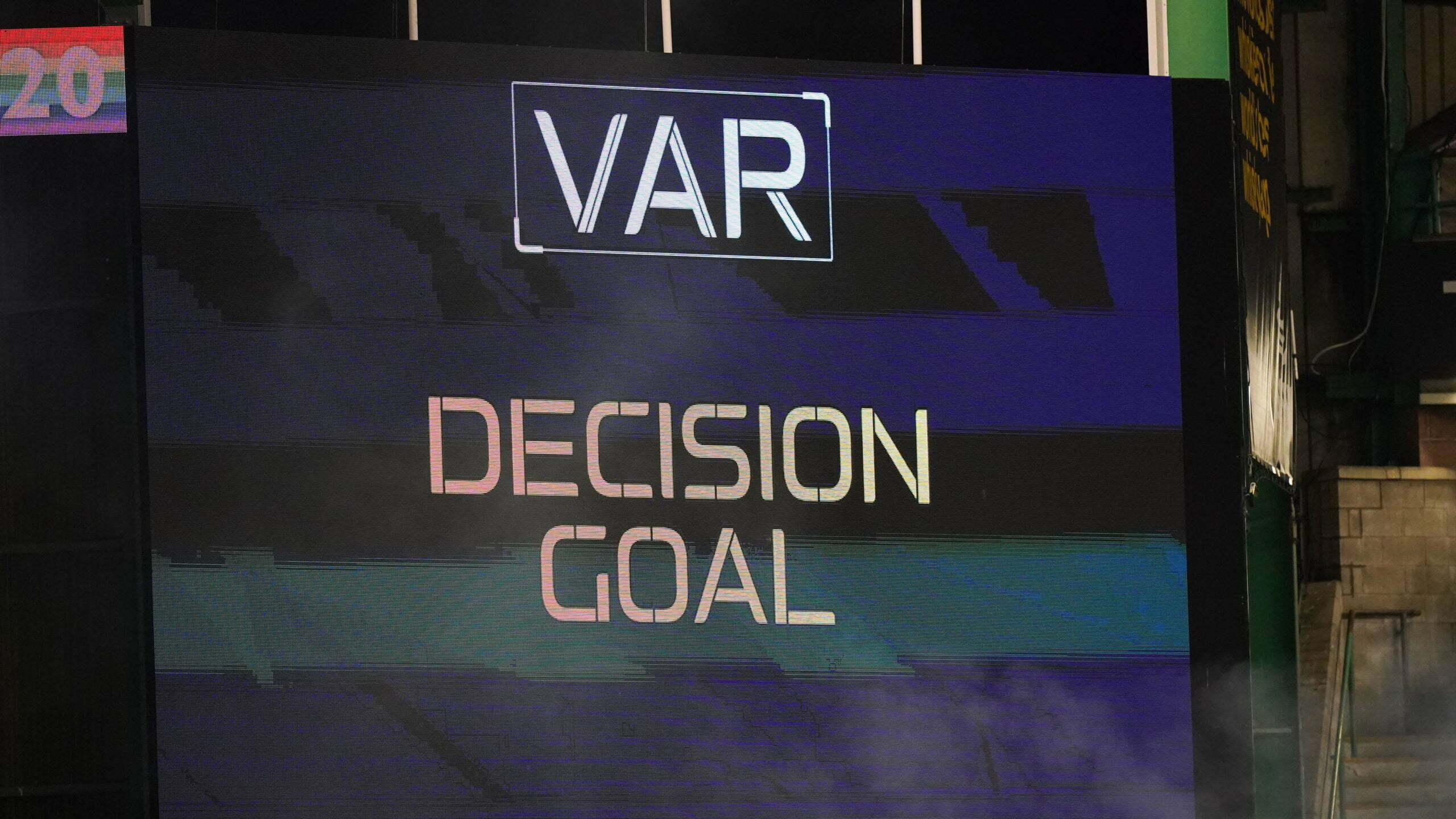 It took less than eight minutes for the technology to come into play on its cinch Premiership debut as Boyle’s yellow card was quickly confirmed.

The three goals – all headers – were all subjected to checks but there was no need for any pitch-side review.

Mykola Kuharevich netted his first Hibs goal in the 35th minute and the hosts were well on top until Kyle Magennis suffered a premature end to his first start since September 2021.

The former St Mirren midfielder – who had been kept out by groin and knee injuries – received his second yellow card in the 70th minute.

The visitors capitalised on their numerical advantage with goals from Nicky Clark and substitute Stevie May completing an unlikely turnaround.

There was a suitably bumper crowd of 20,010 for the historic occasion. Adult prices of £10 ensured a sell-out and the biggest home support inside Easter Road since 1989 for the experimental Friday night scheduling.

Kuharevich had two shots saved by Remi Matthews at the near post inside two minutes before VAR soon made its first noticeable impact.

Kuharevich continued to be at the heart of the action. The Ukraine Under-21 international curled over from 20 yards and was booked for persistent fouling before netting.

The 6ft 4in striker appeared to be well-marshalled by Alex Mitchell but the Saints defender misjudged Chris Cadden’s cross and Kuharevich headed into the corner of the net from 12 yards.

The big screen signalled a VAR check was going on as Saints were preparing to restart the game but replays had already appeared to show Mitchell had over-committed himself rather than been pushed and the goal stood.

Saints offered nothing as an attacking force in the first half and half-time substitute May forced David Marshall’s first save early in the second period.

But Hibs remained the more dangerous side. Matthews parried shots from Boyle either side of the interval and denied substitute Elie Youan.

The turning point came when Magennis went in late on Jamie Murphy, having been booked early in the second half for a high challenge on James Brown.

The winner soon came in the 83rd minute.

McLennan’s cross from the right found May and the striker nodded home his fourth goal of the season before celebrating in front of the full away end. There was a very quick check before Hibs restarted.

Hibs threatened an equaliser when Youan went round the goalkeeper but the offside flag was raised.