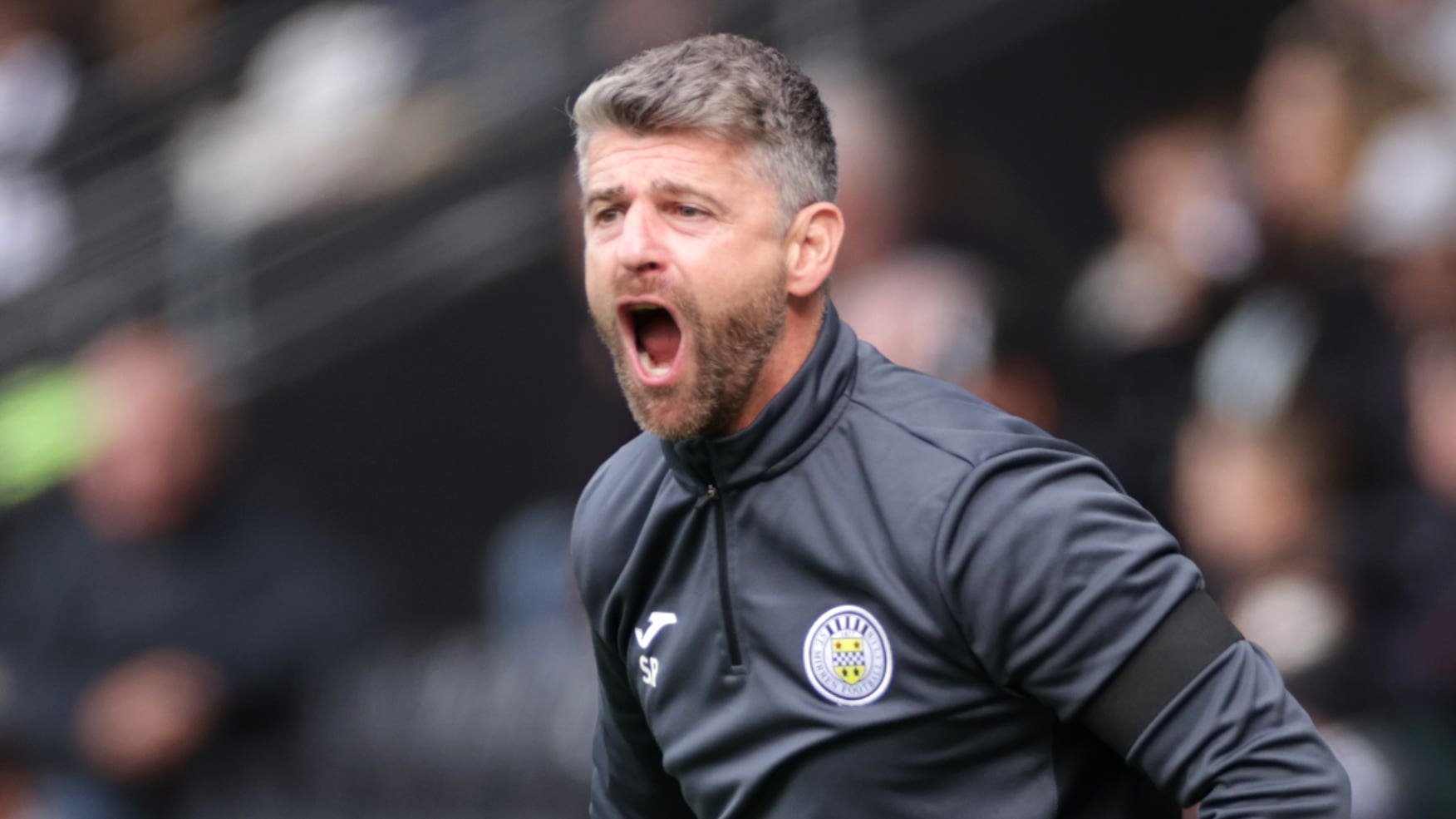 By By Ronnie Esplin PAJanuary 12, 2023No Comments

The Paisley club shared “extremely disappointing” results in the financial year from May 2021 to May 2022 as a “result of the impacts of Covid extending longer than anticipated, and a number of increased and exceptional costs”.

Ahead of the cinch Premiership game against Hearts at Tynecastle on Friday night, the Buddies boss – who moved into the Saints hotseat last February – addressed the situation.

He said: “Obviously I was aware of that in the summer. It is not a shock to me. It is something we have been dealing with from the summer.

“The club has put procedures in place and cut certain things to make the business viable. We have to work within our means.

“Keith (Lasley, chief operating officer) came in to the club in June. I can’t comment with any clarity on the financial year before me but since the summer we have worked on turning the business into a viable asset.

“We work with four first-team staff. It is small but I have to credit them. You asked me how it has affected us. We made sure it hasn’t affected us.

“I have one physio, Gerry Docherty, who doesn’t have a day off. I have one strength and conditioning coach (Gary McColl) who works in the academy as well and works incredible hours.

“My assistant manager (Diarmuid O’Carroll) who does the analysis and goes above and beyond everything that is done at a football club to make sure we protect what we are doing.

“So far we have done that and we will continue to do that and it is a credit to the people we have got around us.

“In all parts of the football club there have been cuts made but everyone has stuck together, everyone has worked very, very hard to get us to this point of the season and we will continue to do that.”

On the three unnamed players who have been offered new contracts, the Northern Irishman said: “We hope to have some positive answers by end this week or middle of next week in terms of players re-signing. Negotiations are going quite well.”

St Mirren have drawn five out of their last six games, with a win against Aberdeen in between, and sit in sixth place in the table.

Charles Dunne, Marcus Fraser and Ethan Erhahon are suspended, with doubts over Declan Gallagher and Ryan Strain, while Richard Tait has only just resumed training after groin surgery.

Robinson said: “It is one of my favourite fixtures. I love going to Tynecastle. What a stadium and atmosphere.

“We will bring a big crowd as well so we are all looking forward to it.”