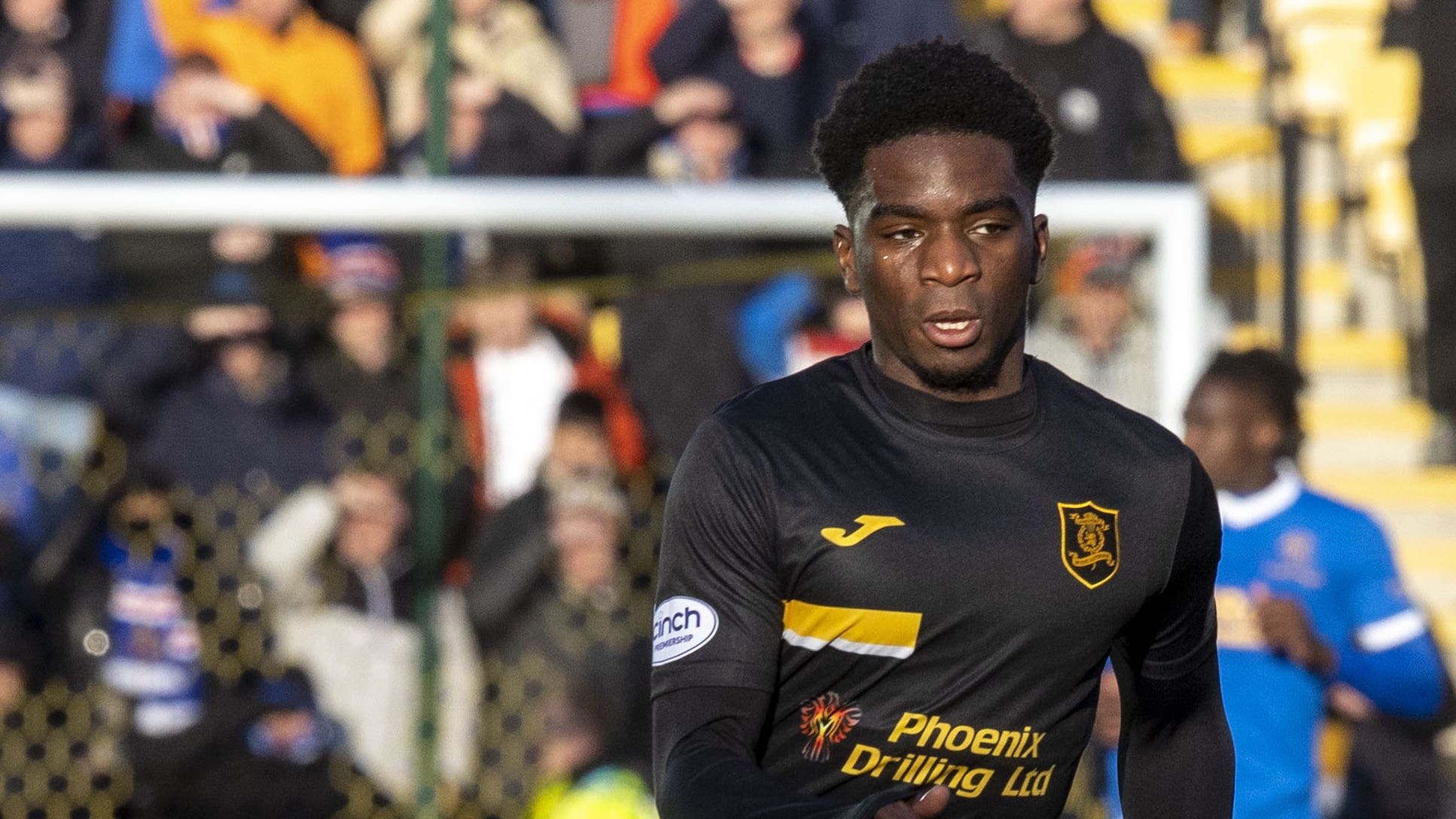 Stephane Omeonga out to make up for lost Hampden trip

Livingston midfielder Stephane Omeonga is targeting a Hampden trip after the pandemic scuppered his chances of playing at the national stadium with Hibernian.

Omeonga was looking forward to an Edinburgh derby in the Scottish Cup semi-finals in 2020 during his second spell on loan with Hibernian when the Covid-19 outbreak halted the season.

The Belgian midfielder can take a major step towards rectifying that situation when Livi host Dundee United in the second round of the Premier Sports Cup on Wednesday.

The 26-year-old said: “We qualified for the Scottish Cup semi-finals but then Covid happened so I didn’t get to go.

Jack Ross was in charge of Hibernian when Omeonga helped them book the Hampden trip that never materialised with a goal in a 5-2 quarter-final win over Inverness.

But there will be no reunion between the pair on Wednesday after Dundee United sacked their manager in the wake of Sunday’s 9-0 thrashing by Celtic.

Former Livingston player and assistant manager Liam Fox will be in caretaker charge of a wounded United side who are looking to halt a run of five consecutive defeats.

However, Omeonga is also determined to bounce back after Livi shipped five goals at Aberdeen on Saturday following the dismissal of Jack Fitzwater late in the first half.

“It’s never easy to come off the pitch at 5-0 but that’s the good thing about football, when you play midweek you have no time to think about it, you just focus on the next game.”