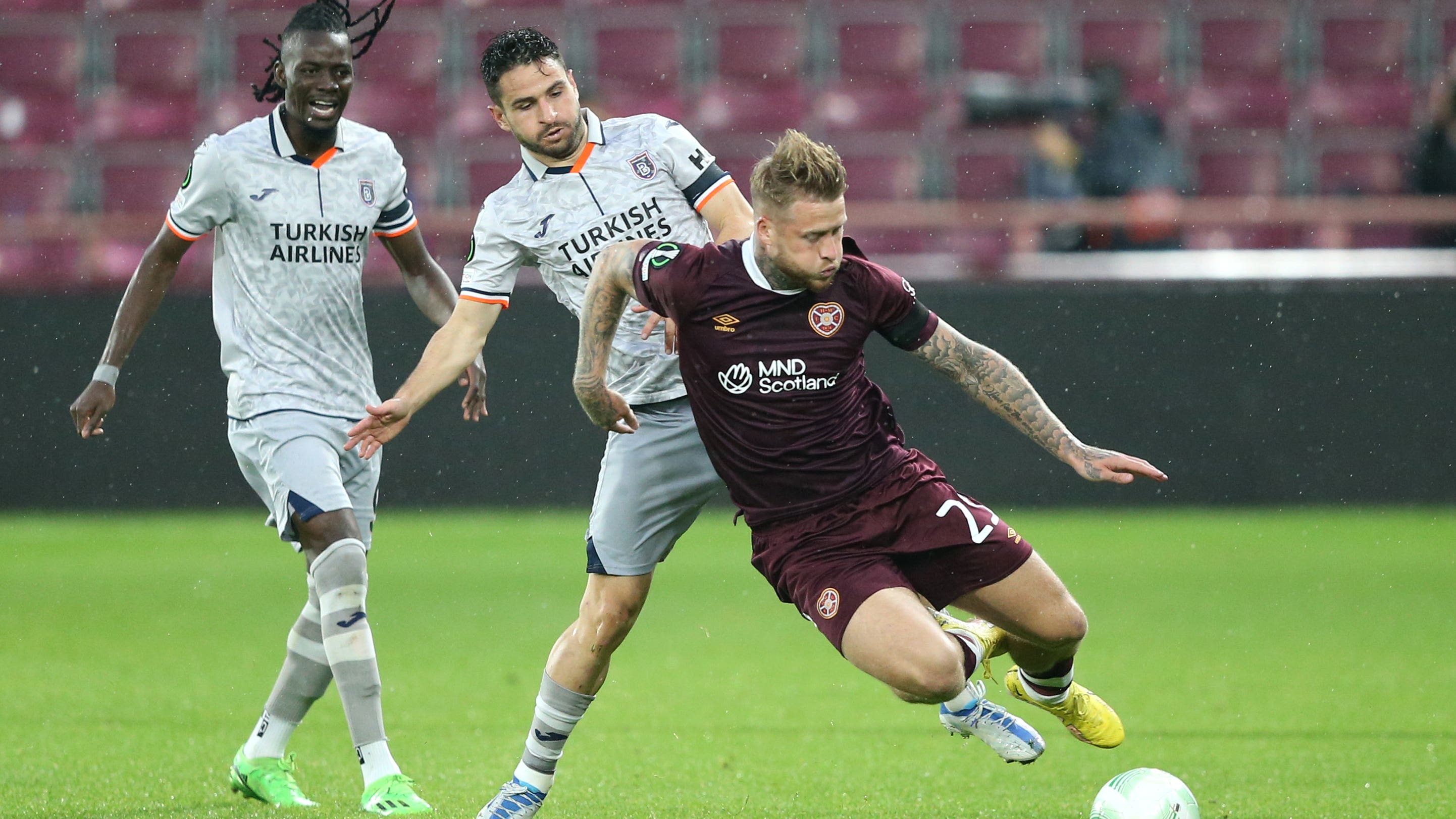 By By Anthony Brown PAJanuary 3, 2023No Comments

Stephen Humphrys is eyeing a fruitful second half to the season after marking his return from an “annoying” two-month injury lay-off by scoring in Hearts’ 3-0 Edinburgh derby victory over Hibernian.

The on-loan Wigan striker was starting to make his presence felt for the Jambos, with excellent goals away to Kilmarnock and Fiorentina helping him win over supporters, when he sustained what appeared to be a minor ankle injury in late October.

However, the 25-year-old ended up missing nine games before returning as a late substitute on Monday to seal Hearts’ biggest derby win since 2012 with their third goal in stoppage time.

“I thought I had got some good momentum going before my injury,” said Humphrys. “I settled here early doors because it’s such a good group of lads.

“So to get the injury was annoying because it was a little niggly one that just wouldn’t settle down.

“I was actually back in full training when we went to Spain (in the World Cup break) and I thought I would be coming back and playing straight away but then in one of the sessions it happened again.

“I’ve just been working hard in the gym with Beni (Baningime) and Boycie (Liam Boyce) and the boys who have been injured, so to come back and score against Hibs was a great feeling. It was one of the best feelings I’ve had for a long time. That’s the best atmosphere I’ve played in for a long, long time.

“I’m just so happy to be back and helping the team. It’s been a frustrating time with injury but we have some good momentum right now and we want to keep that going and keep pushing on.”

Humphrys’ consolation goal in a 5-1 Conference League defeat away to Fiorentina in October was wildly celebrated by the 4000 Jambos supporters in Italy, but he admits his strike against Hibs meant far more as it helped his team soar five points clear in third place in the cinch Premiership.

“Yes, definitely,” he said when asked if it was better than his goal in the Stadio Artemio Franchi. “You can’t even compare it. The travelling fans in Florence were amazing but the atmosphere at the derby was just something else.”

Humphrys came on after fellow attacker Lawrence Shankland had already struck a derby double to take his tally for the season to 18 in all competitions. The Englishman is looking forward to linking up with the on-form hitman in the months ahead.

“He’s probably the best player I’ve played with in terms of playing with his back to goal,” said Humphrys. “His hold-up play is 10/10. He very rarely loses the ball.

“To be able to watch him and learn from him is great and he is a top guy as well. Nobody has a bad word to say about Lawrence. Playing alongside him and watching him can only help me.”