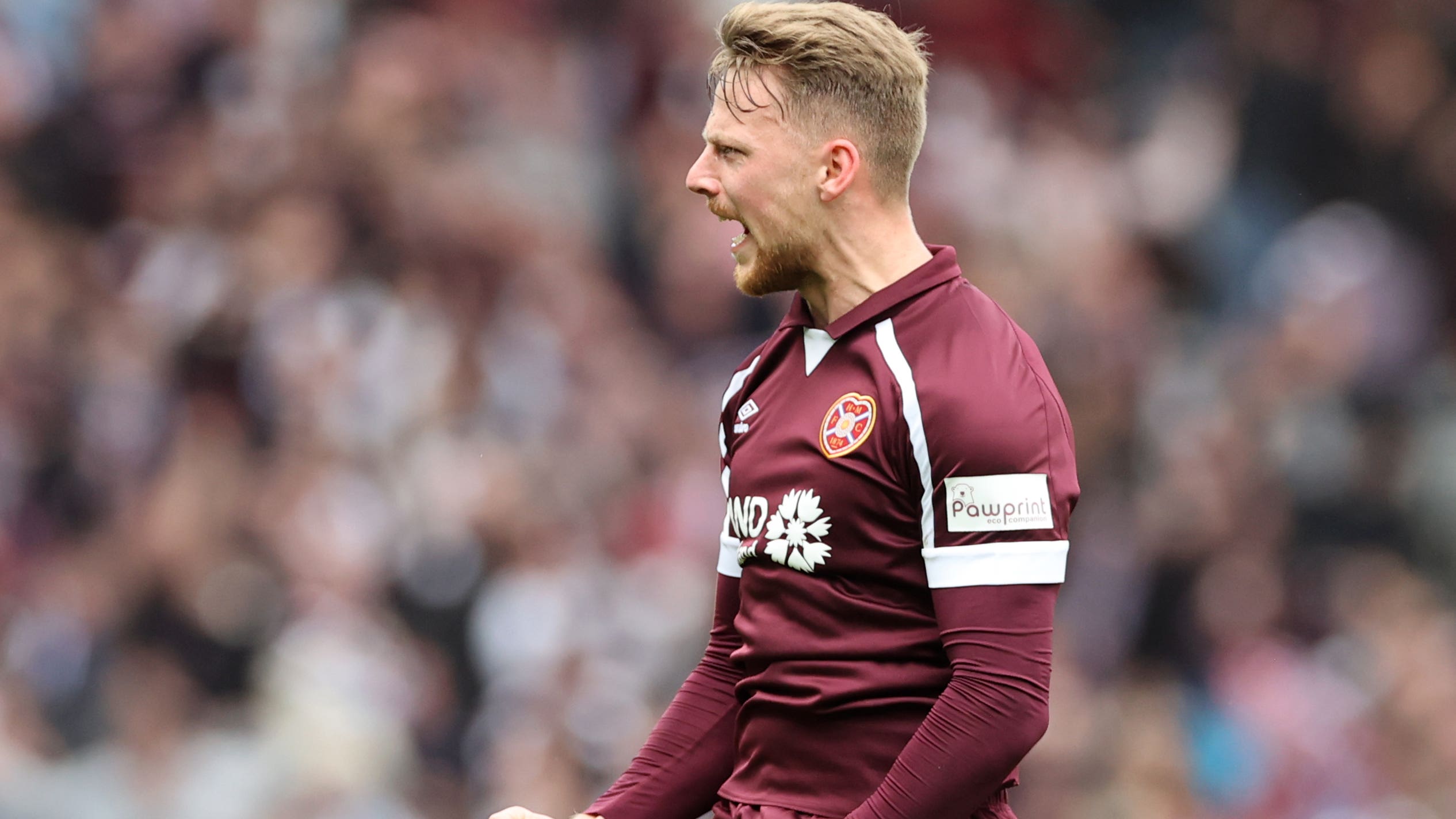 Hearts defender Stephen Kingsley has warned Hibernian they were nowhere near their best during their 5-0 rout of Aberdeen.

The Jambos warmed up for Sunday’s Edinburgh derby in the Scottish Cup fourth round at Easter Road by thrashing the Dons and going eight games unbeaten.

Kingsley, who returned from a concussion lay-off as a substitute, said: “Obviously, Aberdeen had a tough game the other day but we knew it would still be a tough game, as it is any time we play them, so I’m just delighted that we won, first and foremost, and the manner we played.

“But I think we can still play a lot better. I don’t think we played anywhere near our best.

“It is only positive getting that result against a team like Aberdeen when we are going into a big game on Sunday.

“I think we have certainly played better than we have in this one and not got that kind of result. Sometimes that can happen.

“We were clinical in front of goal in this one but sometimes that doesn’t happen.

“In fact, I think the first time we played Aberdeen, up there, in the first half we dominated and were brilliant in the first half but couldn’t score. We missed something like three sitters and then in the second half they came out, did much better, scored two goals and we got beat 2-0.

“It was good that this time we took our chances and maybe they were tired from their game the other day so us converting those early chances and being clinical was obviously massive.”

Kingsley made a major contribution when Hearts last played Hibs in the Scottish Cup when he scored a sensational Hampden goal last season to help send his side into the final.

“They showed it on the screens before the game against Aberdeen and that was nice, it gave me a wee confidence boost,” the defender said.

“Hopefully I can get another one on Sunday, if I play. That would be brilliant but, to be honest, if we get the win it doesn’t really bother me who scores. Although I am overdue a goal.

“They have had a tough time of it recently but a derby’s a derby and, at the end of the day, it doesn’t matter about past results or current form. All that goes out the window in a big derby and a cup game especially.

“It is about the better team on the day. We need to make sure that is us.”