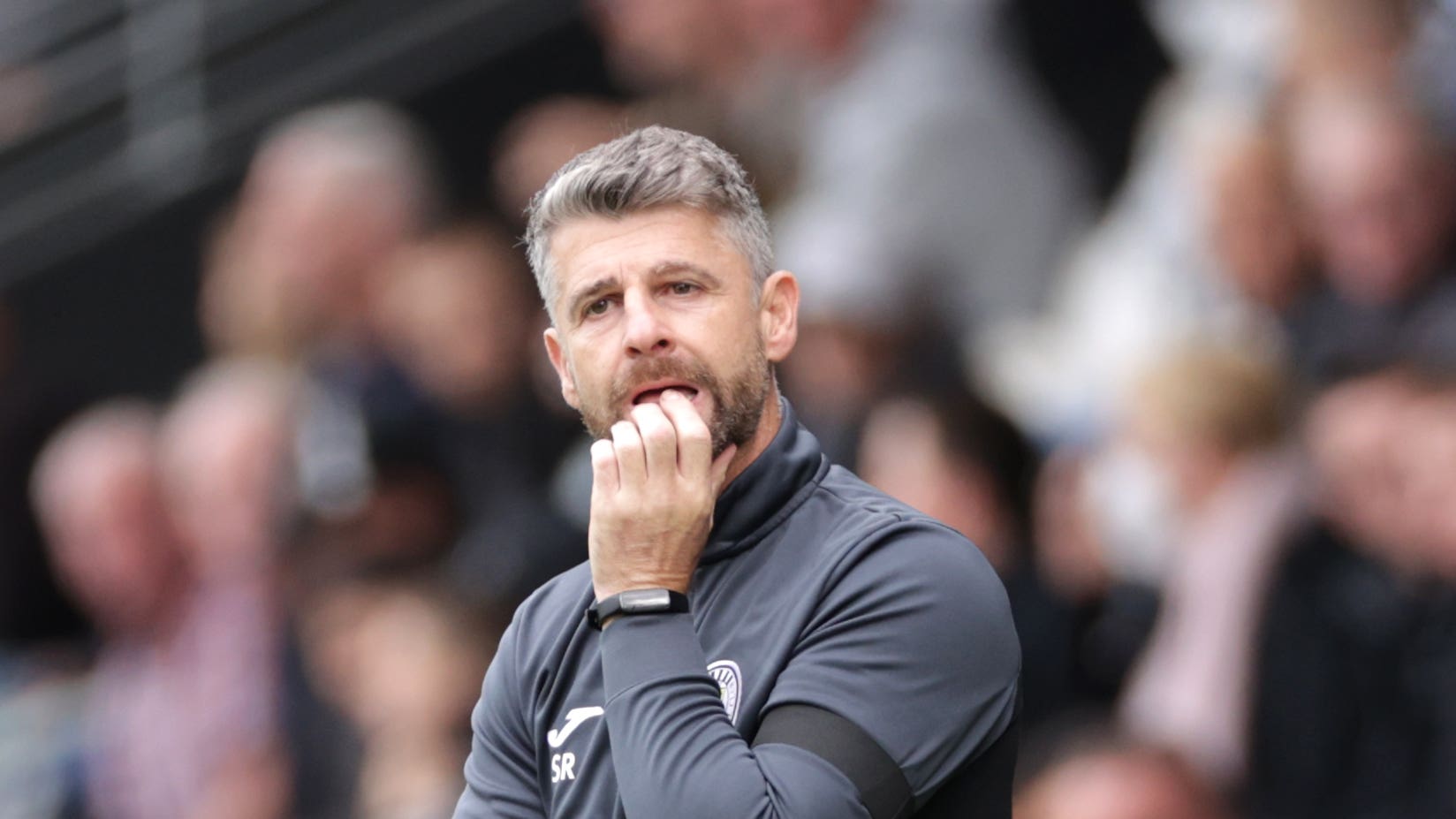 St Mirren manager Stephen Robinson hailed the resilience of his side as they recovered from Ethan Erhahon’s early red card to hold Kilmarnock to a 0-0 draw at Rugby Park.

The Saints midfielder was sent off for catching Rory McKenzie with an arm in the seventh minute but the visitors, who have struggled on the road at times this season, restricted Kilmarnock to few chances as they held on to earn a valuable point.

Robinson said: “To a man, my players were fantastic. We’re very good at being hard to break down and very good without the ball.

“Curtis Main was like two players up front for us. He was fantastic. I’m not shocked because I felt very confident we wouldn’t lose the game.

“Nothing changed from our point of view even going down to 10 men. I knew the application I would get from my players.

“We’re a team who don’t like conceding and don’t like getting beat. I’m really proud of the players. They dug in and showed brilliant organisation.”

The Saints boss also backed Erhahon following his dismissal, praising the impact that he has made throughout the season.

“In all honesty, I haven’t seen the red card yet,” he added.

“But Ethan Erhahon has been absolutely terrific for me all season. He’s a young kid learning his trade.

“I’ll speak to him and we’ll talk it through. Ultimately, the boys have pulled him out of a hole today.”

Kilmarnock boss Derek McInnes, meanwhile, admitted that the draw suited the visitors more as he rued his side’s inability to capitalise on the early red card.

He said: “With the sending off, nothing really changed other than they lose a bit of threat with just taking one striker. They kept their five, kept their bodies through the middle so ultimately the space was in the wider areas for us to exploit.

“We put the ball into the area time and time again but we just lacked quality from there. We didn’t lack effort, we didn’t lack the willingness to try and do the right things, we just needed to try and get some more concerted pressure and we needed to work the goalkeeper more.

“We tried to be brave. We had Ben (Chrisene) overlapping the left, we had Fraser Murray, – a winger – on the right and we had Jordan Jones and Danny (Armstrong) playing the sides and we kept our front two on the pitch but unfortunately we’ve not managed to find a way to unlock the door.

“It’s a better point clearly for St Mirren with 10 men but we’ll take the point. It’s a clean sheet and we’ll strive to improve on that next time we’re in a similar situation.

The Rugby Park boss was also left disappointed that new signing Kyle Vassell was unavailable for the match, following the striker’s recent signing.

“We’ve tried to address being an attack threat. He’s the type that if we had him available today, coming on and giving them something else to think about, it would have given the crowd a lift, with a new signing.

“We feel we did a lot of good work in December to get to this stage, to get him available for this game but ultimately we never got the clearance so a bit of frustration over that one.”