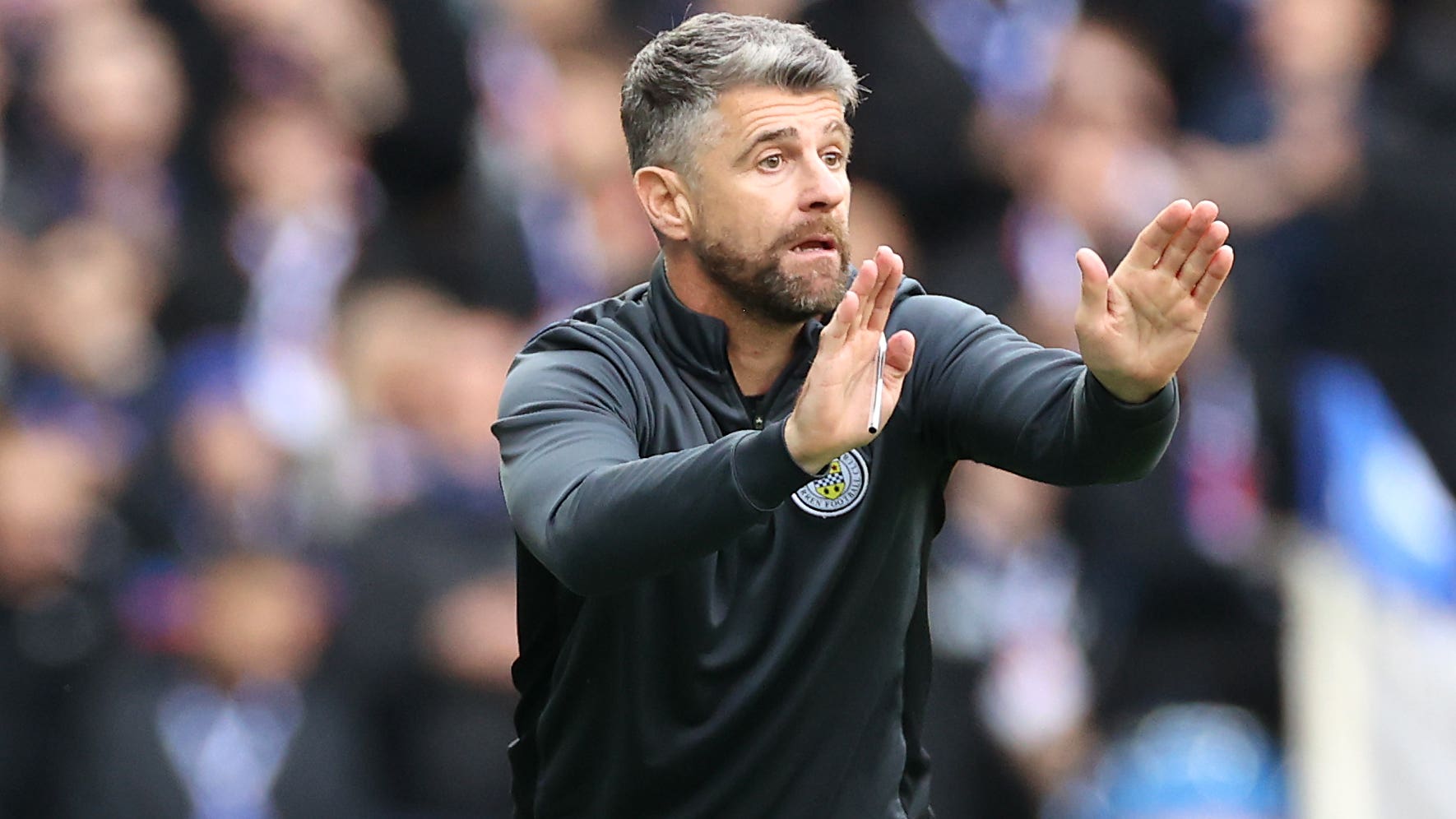 St Mirren manager Stephen Robinson admitted he did not over-celebrate in case of a second VAR intervention, after Alex Greive’s late winner gave his side a 2-1 victory over Dundee United at the SMiSA Stadium.

Substitute Greive had only been on the park for four minutes when he headed home the winner in the 83rd minute, after Jonah Ayunga’s left-footed strike on the hour mark had been ruled out by referee Grant Irvine, who adjudged Keanu Baccus to have caught Aziz Behich with a flailing arm, following a consultation with the pitchside monitor.

Robinson said: “When Alex scored I went steady. I was steadier than I usually am. I thought, ‘here we go, they will go back 25 minutes to see where that started!’.

“Credit to the officials, it’s new for them too and they handled the situation well.

“It’s different and everyone is getting used to it. It has played a big part in the weekend and maybe it adds to the excitement.”

Although Robinson did not agree with the decision to disallow Ayunga’s goal, he believes the introduction of the technology to the cinch Premiership this weekend is a step in the right direction.

“I have watched it back a few times and I disagree with it – but I am going to say that!” he said.

“It’s a fingernail, but it shows that there are still human decisions in this.

“The referees have the hardest job ever but it will certainly help them. It does slow down the game slightly but we will all have to get used to it.

“They won’t get everything right because human eyes still have to judge it.

“Everyone is doing it to the best of their ability, it will probably speed up a bit as everyone gets used to it.

“It’s a step in the right direction, we can’t get left behind as a league or a country.”

The Saints manager, meanwhile, refused to be drawn on speculation linking him with the vacant Northern Ireland manager’s job.

He added: “I have had no contact whatsoever. I have a hard enough job here without taking my focus off it. There isn’t contact so there’s no point speculating.”

Reflecting on their defeat, Dundee United boss Liam Fox admits he knew he did not have an easy job on his hands, following back-to-back away defeats for his side.

He said: “We’ve come away with no points so I’m obviously hugely disappointed with that. Aspects of our game I thought were quite good today and there’s stuff that we need to get better at quickly.

“We need to stop crosses coming into the box and we need to make better decisions, especially when we’re on top in games.

“We’ve conceded a couple of goals when we’ve been on top in games so there’s things we need to look at structurally and stuff to look at individually with players but I said this job was never going to be easy and we’ve got a full week’s training before Motherwell so we need to get back to work.”