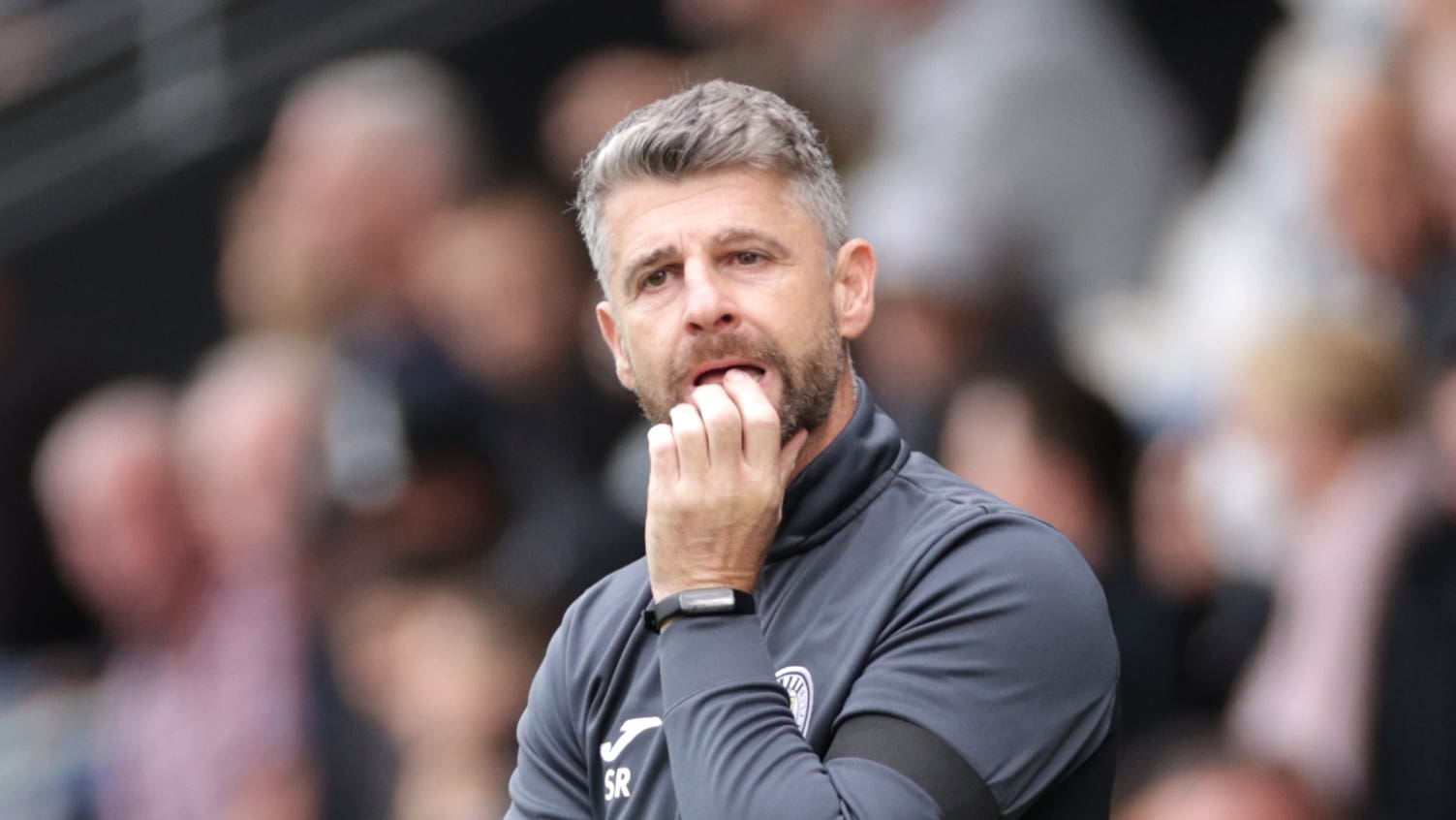 By By Anthony Brown PAJanuary 8, 2023No Comments

Stephen Robinson admits injuries and suspensions are starting to test the resolve of his in-form St Mirren team.

The Buddies impressed in their 1-1 cinch Premiership draw at home to third-placed Hearts on Saturday.

However, their manager was left to rue the loss of another two key players as goalscorer Ryan Strain went off injured in the first half and Marcus Fraser was red-carded in stoppage time.

Robinson, already missing Declan Gallagher and Jonah Ayunga through injury and Ethan Erhahon through suspension, expects to have to load his substitutes’ bench with teenagers for Friday’s rematch with the Jambos at Tynecastle.

“Injures and suspensions are starting to mount up,” he said. “We’re going to have four or five kids on the bench next week.

“More of them will be on the bench next week so we just have to get through this period.

“We have a squad of about 15 where we can bring people in and be equally as good. Beyond that, it becomes a little less experienced.”

Despite his personnel issues, with Strain due to be assessed in the coming days, Robinson believes his side showed enough on Saturday to suggest they can head to Tynecastle with a chance of extending their unbeaten run to seven matches.

“We don’t go with any fear, we’ve proved we’re a match for any team in this division,” he said.

“I thought the boys were excellent (against Hearts). It shows we’ve come a long way when we’re disappointed not to beat a team of that calibre with the money they’ve spent and the resources they have.”

Hearts manager Robbie Neilson refused to be too downbeat about failing to eke out victory at a ground where St Mirren have lost only one of their 11 league matches this term.

“St Mirren make the game very difficult for you to play,” he said. “At any opportunity the ball is going forward, long throws, corners, set-plays. It can make the game unpredictable.

“In the first half, if 10 passes were a goal we would have probably won 10-0, but ultimately it’s about getting shots on goal and we were too deep.

“In the second half we were a lot higher and managed to penetrate them. In the final moments, sometimes you get days like that where it doesn’t quite come together, but this is a difficult place to come.

“They beat Celtic, drew with Rangers, beat Aberdeen and Hibs, so to come here and pick up a point, at the end of the season it could be a decent point.”