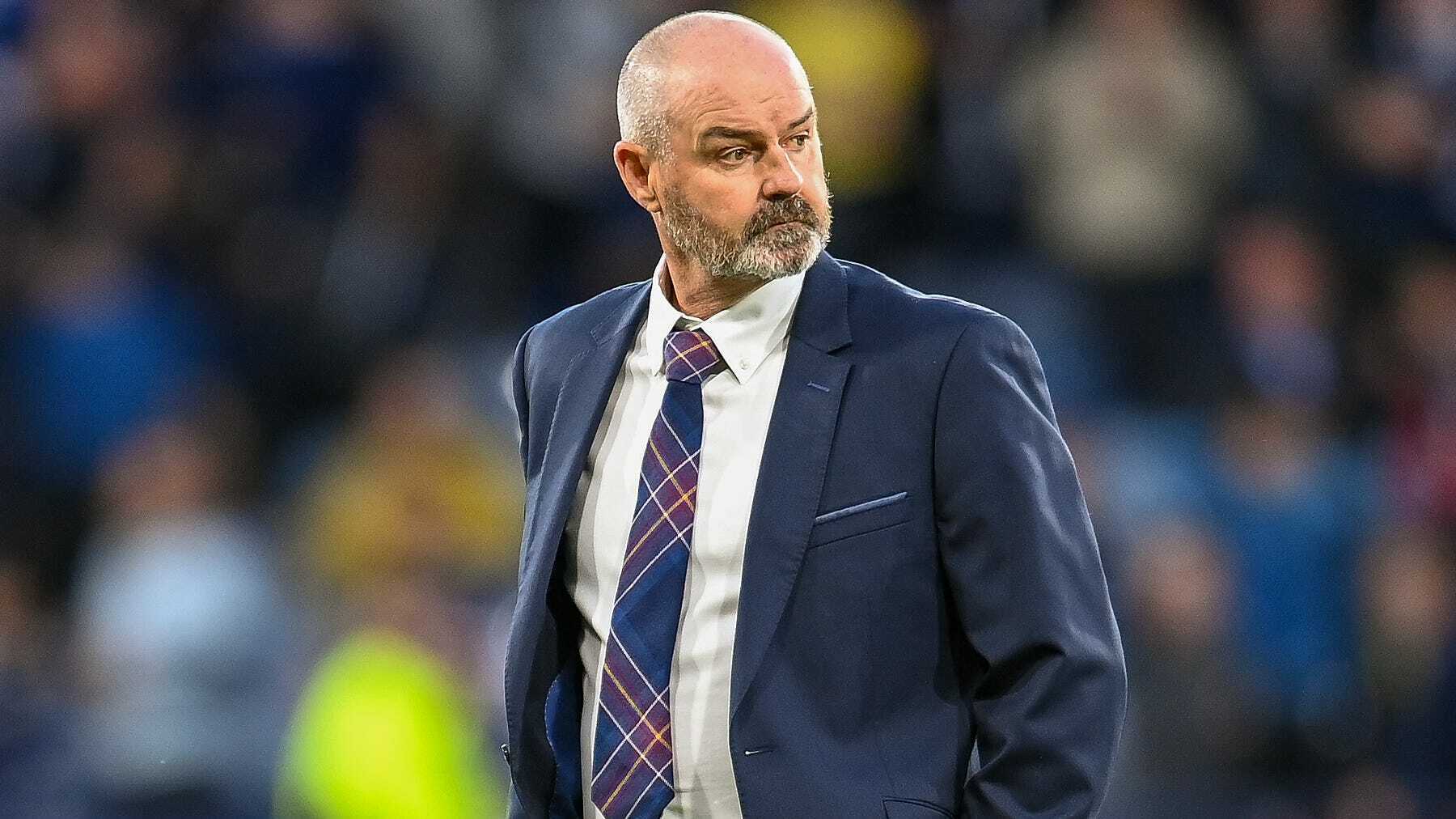 Steve Clarke says Scotland are ‘suffering’ but must not forget progress

By By Ronnie Esplin PAJune 1, 2022No Comments

Steve Clarke said his Scotland players were “suffering” after their 2022 World Cup dream ended in devastation with a 3-1 defeat by Ukraine in their play-off semi-final at Hampden Park.

Worldwide attention was on the game due to Russia’s invasion of their neighbours in February but when the focus turned from the emotion surrounding the game to football, it was Ukraine who came up trumps starting with a goal in the 33rd minute from skipper Andriy Yarmolenko.

Roman Yaremchuk doubled that lead three minutes after the break and, although midfielder Callum McGregor pulled a goal back for the Scots in the 79th minute, Ukraine substitute Artem Dovbyk drove in a breakaway third in added time to book a place against Wales in the play-off final in Cardiff on Sunday where a spot in Qatar is up for grabs.

The Scotland boss, who now has to get his squad ready for the Nations League opener against Armenia at Hampden Park next week, said: “The first thing you have to do is suffer together.

“We have 24 hours to feel sorry for ourselves, we will analyse the game as a group and what we will try and do is try to get back on the horse, for want of a better phrase, and we will go again.

“What we shouldn’t forget is the progress that we have made over the last three years, we came here eight games unbeaten but it was Ukraine’s night so congratulations to Ukraine.

“The best team won the game. It was disappointing. But sometimes the opposition play better and this was the case on the night.

“I knew they would be well prepared and they were well prepared, they are a good team. We didn’t pass the ball well enough in the first half and that is also credit to Ukraine.

“The first half, we didn’t play as we can play, sometimes that happens in football.

“John McGinn missed a big chance with 30 minutes to go and if you make it 2-1 then, maybe you and have a little more composure so you chase the game, whereas if you score quite late it becomes a frantic chase.”

Ukraine boss Oleksandr Petrakov, speaking through an interpreter, dedicated the morale-boosting victory to his country and those involved in the war back home and launched a tirade on Russia.

“We did everything for the people we played for, for the armed forces in the trenches and in the hospitals, who give their last drop of blood, those in Ukraine who suffer every day.

“They will thank us and we will give them our gratitude.

“God forbid this tragedy would not touch any of you. But you have to bear in mind what the Ukrainians are going through.

“Women and children being killed by the Russians on a daily basis.”

He said: “Also I give my gratitude to the people of Scotland – an amazing, hospitable place.

“I was walking in Glasgow yesterday and some Scottish people were wishing me well and so thank you Scotland, we will never forget.”