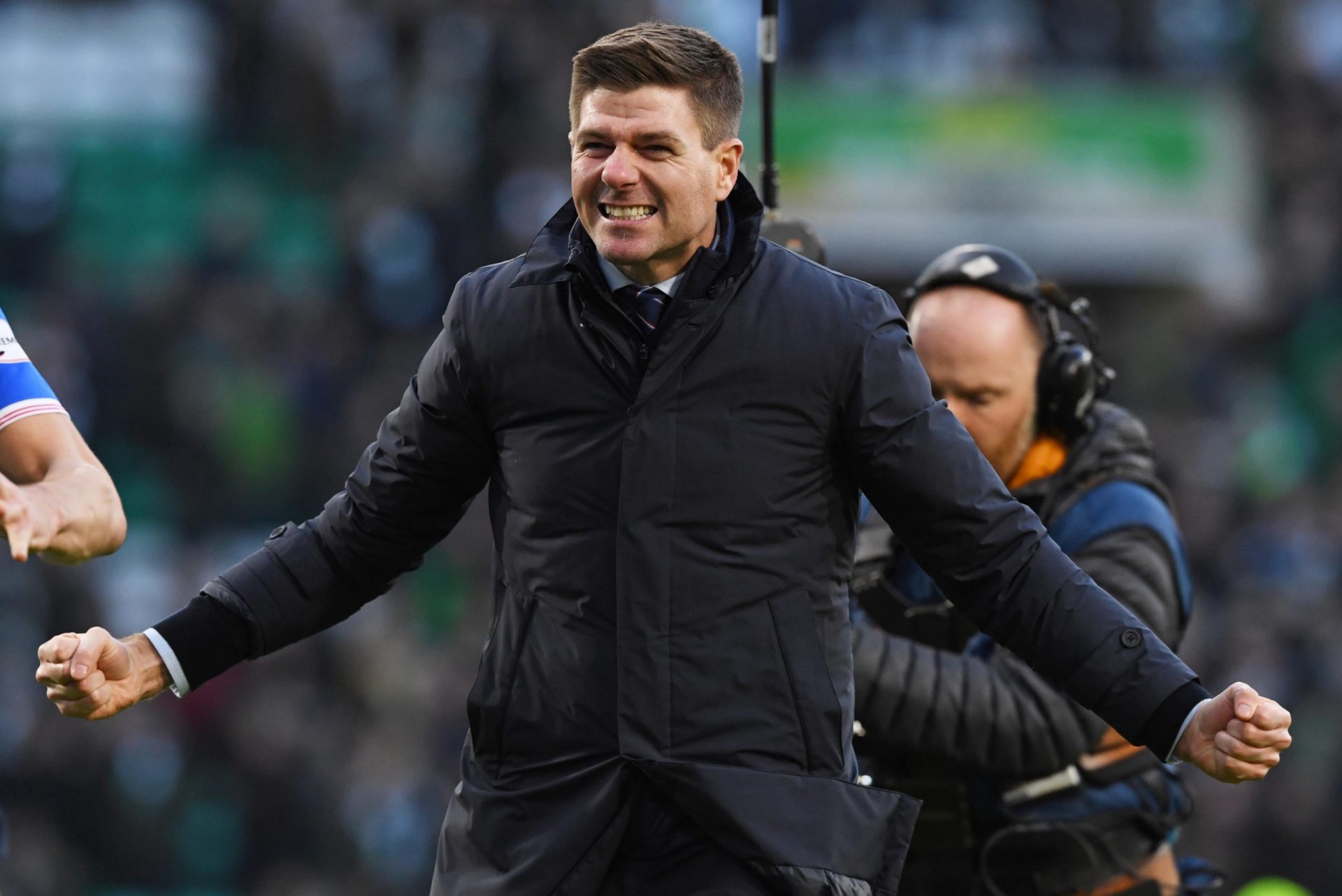 By Craig VickersNovember 11, 2021No Comments

Steven Gerrard departs Rangers for Aston Villa with the club sitting top of the Scottish Premiership and awaiting a winner-takes-all clash with Sparta Prague for Europa League knockout qualification later this month.

The former Liverpool captain oversaw steady progress in his time at Ibrox, culminating in an unbeaten league title triumph last term, while he was also responsible for a number of famous European results which will live long in the memory of the Gers faithful.

PLZ Soccer ranks Gerrard’s best results in his time in charge of the Glasgow giants.

With Rangers neck and neck with their city rivals at the summit of the league table heading into the traditional New Year derby, Gerrard delivered Rangers’ first victory at Celtic Park in nine years.

The Gers were pegged back on the stroke of half time when Odsonne Edouard cancelled out Ryan Kent’s well-worked opener, but Rangers flexed their muscles after the interval and Nikola Katic headed them back infront from a corner.

Alfredo Morelos was dismissed in stoppage time for simulation, but Rangers hung on as Gerrard delivered a long-awaited win for Rangers at the home of their rivals.

Gerrard masterminded a few famous European victories at Ibrox, but none more so than Rangers’ 2-0 victory over Portuguese giants Porto in the group stages of the Europa League in 2019/20.

Morelos opened the scoring with a fine finish for the Gers – as he so often did under Gerrard – before Steven Davis’ deflected effort from range put the seal on a memorable evening for the Light Blues.

Rangers would go on to complete a Portuguese double by defeating Braga in the knockout stages later that season, underlining their Europa League credentials under the former Liverpool captain.

When Gerrard arrived in Glasgow in May 2018, Rangers were still reeling from a 5-0 humiliation at the hands of Celtic in the Scottish Premiership.

By the time he had sealed Rangers’ first league title since 2011, the Gers boss had turned the tides with a 4-1 hammering of Celtic at Ibrox.

First half goals from Kemar Roofe and Alfredo Morelos put Rangers in the driving seat, before the former grabbed his second of afternoon with a header from a Borna Barisic cross. Jermain Defoe then completed the rout in stoppage time to give the Gers bragging rights.