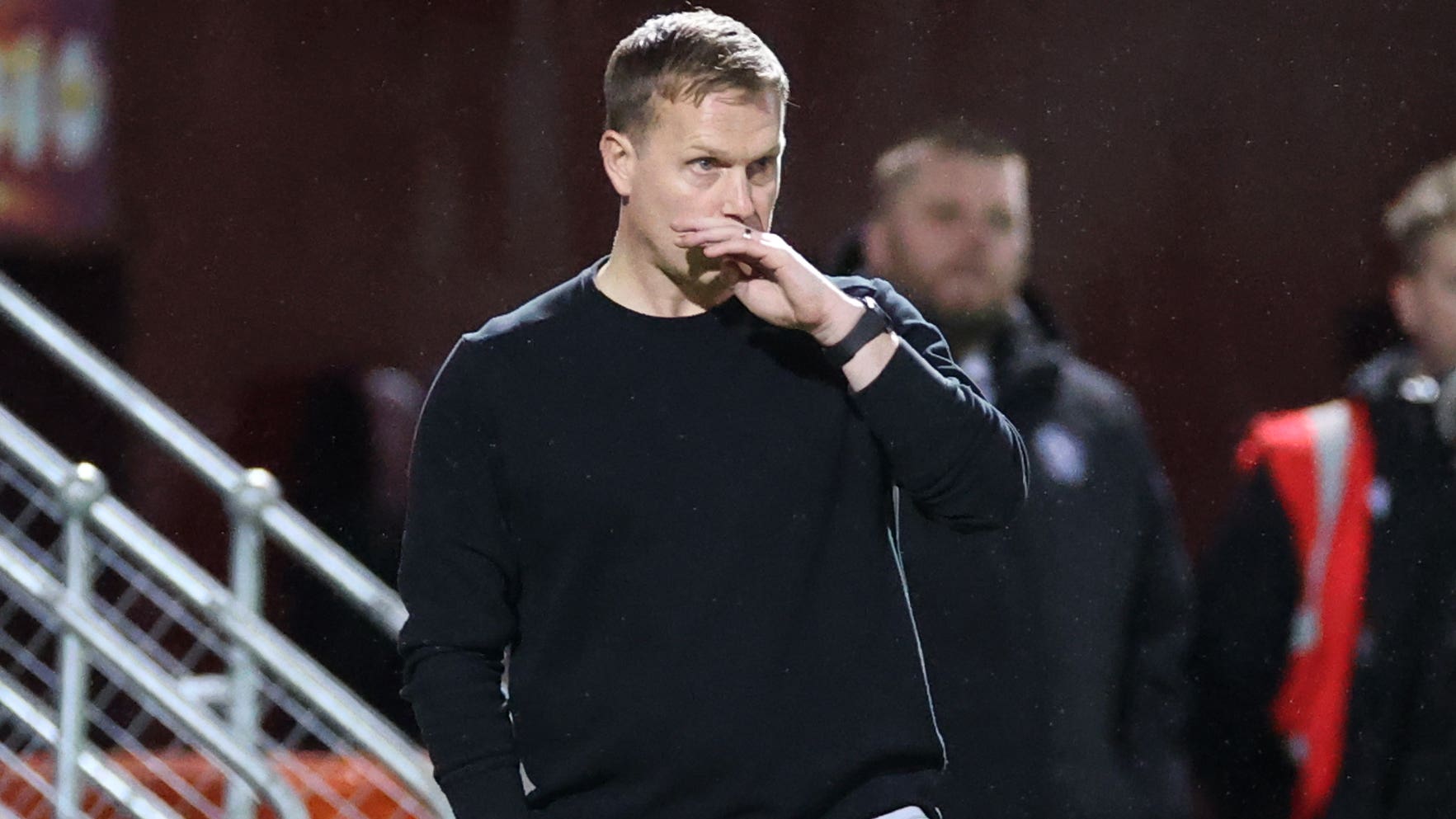 Motherwell manager Steven Hammell has asked his injury-hit squad for one final push as he hailed them for going above and beyond the call of duty.

Hammell will leave his team selection for the cinch Premiership clash with St Johnstone until Saturday to assess some players’ fitness.

Motherwell lost Kevin van Veen and Stuart McKinstry to knocks during Wednesday’s 2-1 defeat by Celtic after Bevis Mugabi went off early on with a knee injury from a heavy collision. The defender’s injury forced Sondre Solholm to come on and play through the pain barrier.

Goalscoring substitute Ross Tierney also picked up an issue which makes him a doubt and Louis Moult is yet to start a game this season because of fitness issues.

Paul McGinn missed the Celtic game with a knee injury which looks likely to keep him out of the Perth trip, joining long-term absentees Joe Efford, Jake Carroll and Nathan McGinley on the sidelines.

Hammell said: “We are still assessing a couple for the game, it’s going to be a last-minute call on a few players.

“A couple will be out for a longer period of time and there’s a few we need to make a decision on.

“We don’t have a group of players sitting in the wings for us to bring them into the fold. Barry Maguire was probably the only senior player we have at our disposal that didn’t come on to the pitch against Celtic.

“We have had to monitor a lot of the players’ workloads recently with the amount of games.

“We have asked a lot of the players so far and they have stood up to that. That’s the message as a club, staff, fans, just one last push before the window.

“It’s another very, very tough game but it’s a massive game for us and it’s important we go into the break as positively as we can.”

Well have lost five of their last six league games by one-goal margins with a victory at Tannadice the only positive result in a difficult run of fixtures during which Hammell has been asking his players to do even more than what could be expected of them.

“Sol not starting the game the other night was pretty much because of that, his training load has been very low because of what he can actually give us. He has been brilliant for us and he came on early and did really well.

“We are already asking the players to go a little bit beyond that already but that’s the type of lads they are, the environment and culture is strong and they are willing to push through it for me and each other.

“The togetherness within the group, even though the results haven’t been perfect and we are not happy at all losing games, but the mood in the squad is still positive. That reflects well on the mentality of the boys.”