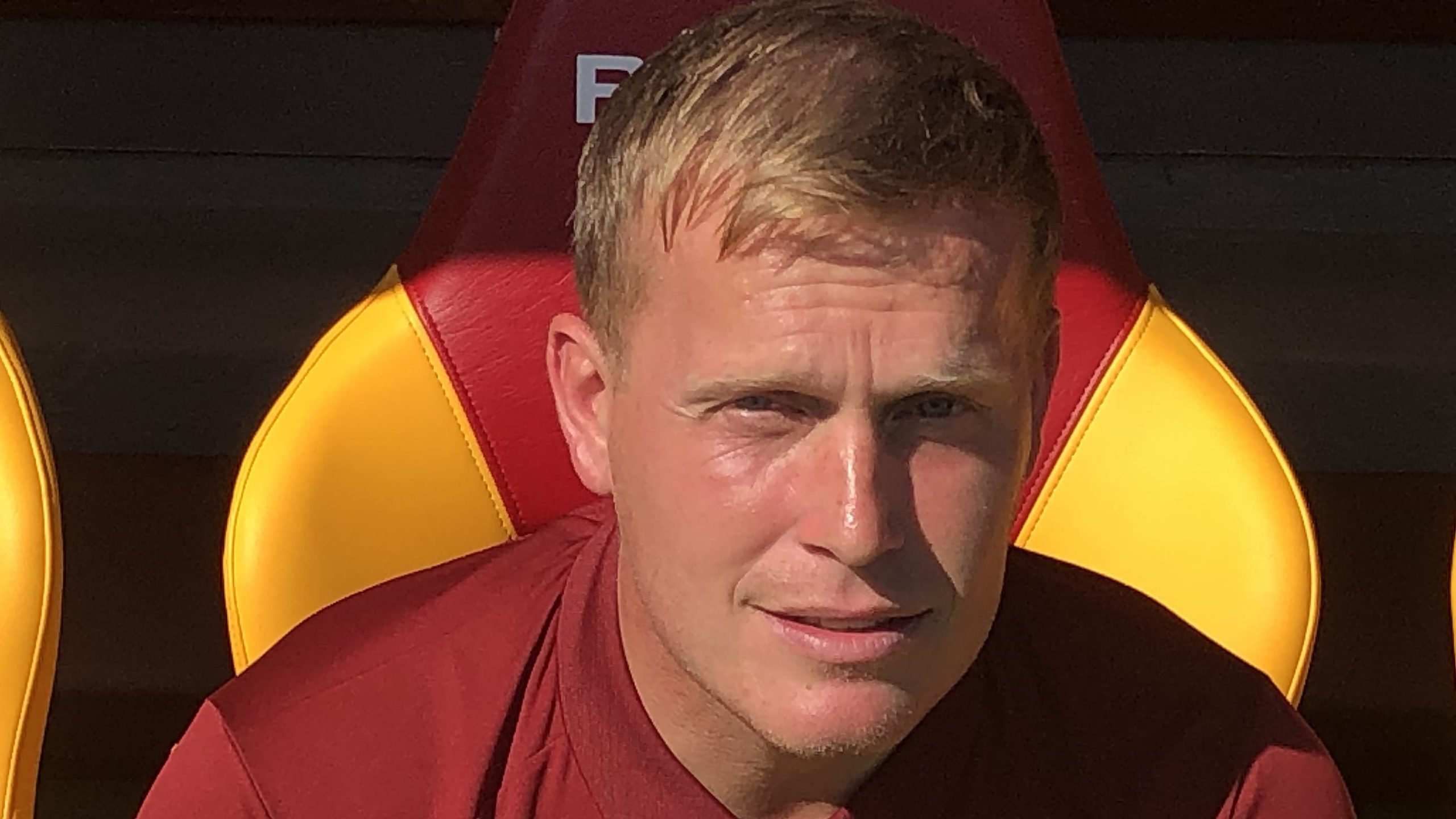 By By Ronnie Esplin PAAugust 31, 2022No Comments

Steven Hammell believes Lennon Miller fully deserved to become Motherwell’s youngest ever player when he came on in the 4-0 Premier Sports Cup last-16 win over Inverness at Fir Park.

The son of ex-Scotland international Lee Miller, who turned 16 on August 25, replaced Callum Slattery to make his Well debut on a night of positives for the Steelmen.

Dutch striker Kevin van Veen scored a hat-trick and Caley’s Danny Devine put through his own goal to set up a quarter-final with holders Celtic at Fir Park, before Miller came on.

Boss Hammell said: “It is an incredible feat and it’s well deserved.

“If the rule (not allowed to play before 16) wasn’t in place he would have played when he was 15, and it’s not a token gesture to give him a game, it’s because he’s a good footballer.

“I think you saw that when he came on. He will complement the group and be a big part of it, and he will challenge the likes of Callum Slattery, Sean Goss, Barry Maguire and Dean Cornelius to be playing this season.

“He’s a boy I’ve known for years and I’m happy for him, because he’s got a good attitude and he’s a good, humble boy.

“He’s super talented and he just works hard every day.

“We’ve got more boys coming through, I stressed that at the start when I came in, those boys are 16 or 17 and it will take a bit of time, but we feel Lennon is ready to play.

“He plays with a maturity beyond his years and he’s a good lad, a good player. I’m delighted for him.”

On the draw, Hammell said: “If we want to do well in this competition, which we do, you need to play good teams, you need to stand up to that.

“We have a lot of games between now and then but when it comes we will be as ready as we can to go after it and put in the best version of ourselves in that game as possible.

“It’s our home game, I think we have seen tonight we had a great backing and it will be no different for that game.

“We will need them for sure and we will need everybody to play near to their maximum but when it comes we will be ready for it.”

He said: “I’ve seen a few teams collapse recently after going a couple of goals behind but that wasn’t us tonight.

“We gave a good team a helping hand with some soft early goals but I’m proud of how they responded after that.

“For the first 10-15 minutes I thought we were in for a proper cup tie but then we made a few mistakes and we were punished for them.

“As far as I’m concerned, if we can get the same work-rate from the boys on Saturday then we’ll start getting the points we need again.”