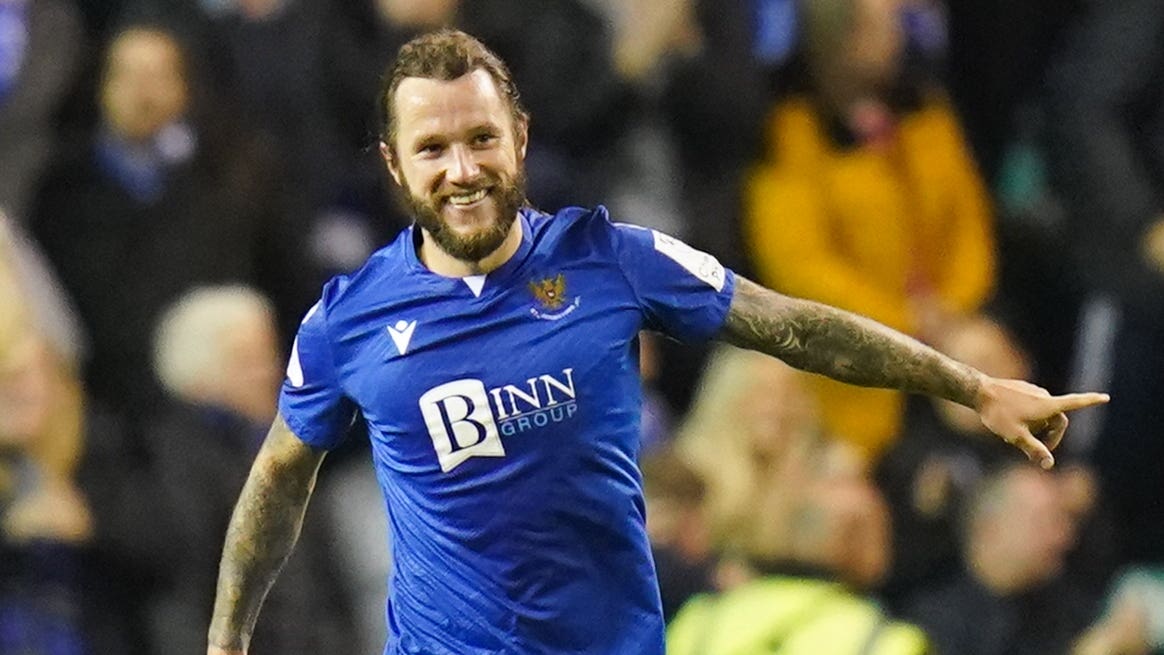 Stevie May back for St Johnstone ahead of Motherwell match

St Johnstone forward Stevie May will return for the visit of Motherwell after missing the midweek draw with St Mirren because of a sickness bug.

Defender Alex Mitchell begins a two-match ban after being sent off in Paisley.

Callum Booth is likely to have to wait until after the mid-season break to make his comeback from injury, while Chris Kane (knee), Murray Davidson (ankle) and Cammy MacPherson (thigh) remain out.

Motherwell have a number of fitness concerns after Kevin van Veen, Stuart McKinstry and Ross Tierney all picked up knocks during the midweek defeat by Celtic.

Bevis Mugabi picked up a painful knee injury and is set to miss out along with Paul McGinn, who damaged his knee in the previous game.