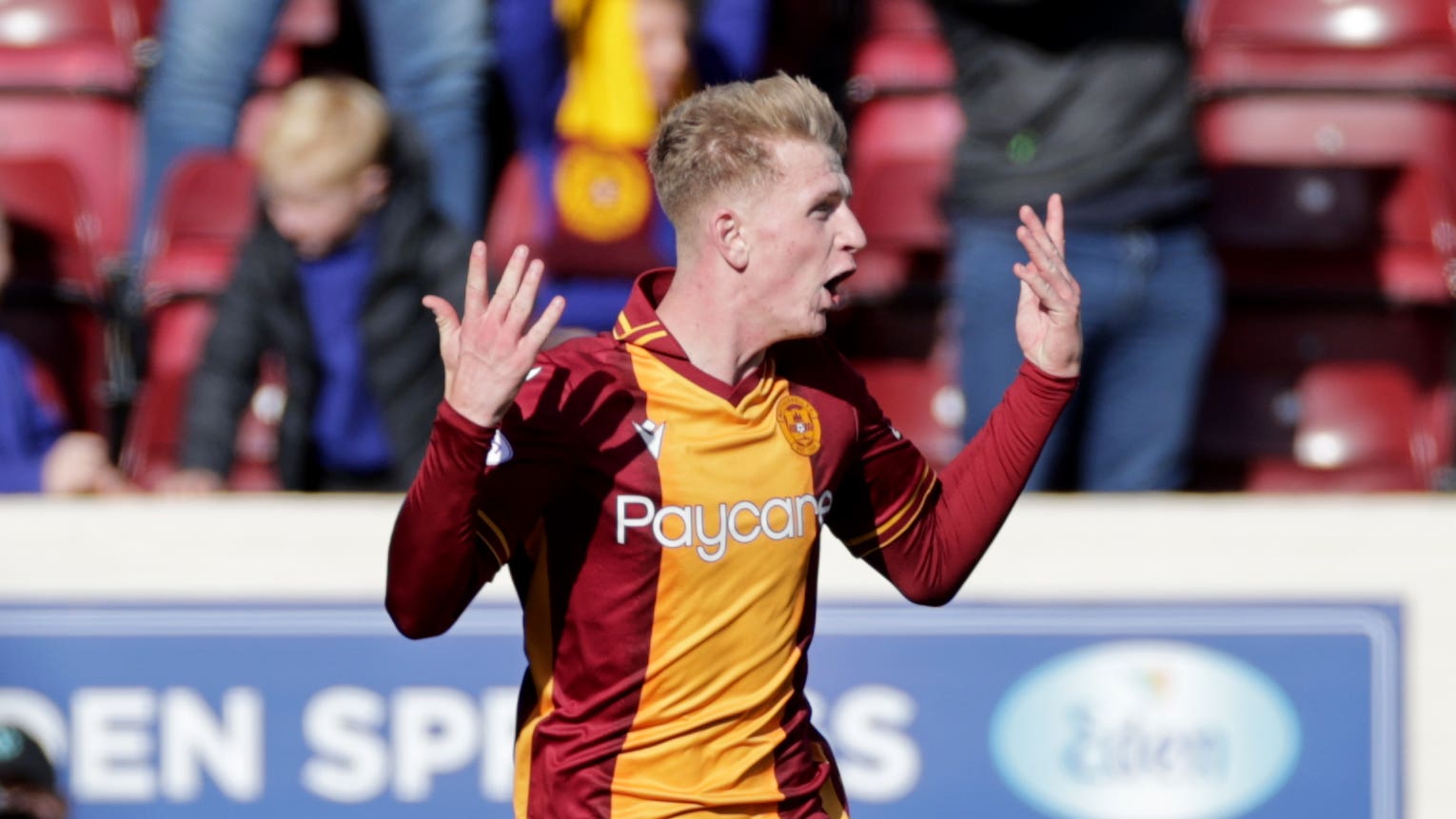 Stuart McKinstry confident Motherwell can cause cup upset against Celtic

Stuart McKinstry feels Motherwell’s last two displays against the Old Firm show they are perfectly capable of springing a Premier Sports Cup surprise at home to Celtic on Sunday.

The Steelmen lost 2-1 to the Hoops at Parkhead in the cinch Premiership at the start of this month and then were defeated by the same scoreline at home to Rangers on Sunday.

McKinstry, who scored against Gers, believes Motherwell performed strongly enough to take something from both games.

The winger is confident that a repeat performance – with greater focus at both ends of the pitch – could see Stevie Hammell’s team make things difficult for Ange Postecoglou’s champions in this week’s quarter-final at Fir Park.

“We were unfortunate against Rangers but we have a big game to look forward to on Wednesday and we can take confidence into the Celtic game,” he said.

“You never know what can happen. We just need to go out and play our best to show we can compete with them.

“We did that a few weeks ago away from home, where I felt we could have got something from the game.

“This time we’ll have the fans at our backs and they’ll have less numbers in their crowd so we want to go and get something from the game.

“No team is going to go in thinking about just getting through it. We’re not going to do that. We’ll be coming out to win the game, we are capable of winning the game.”

As a childhood Motherwell fan, on-loan Leeds winger McKinstry would love to get to Hampden with the Steelmen.

He recalls being in the crowd when Louis Moult – his current team-mate – scored a double to sink Rangers in a League Cup semi-final five years ago.

“I’ve been to Hampden a few times as a fan,” said McKinstry. “I remember the game against Rangers when Moulty scored the two goals, so I’ve had some good memories there.

“I want to get there as a player so I’m looking forward to Wednesday.”

Motherwell are currently eighth in the cinch Premiership and have lost four of their last five games but McKinstry insists that is not a reflection of the way they are playing.

“We’ve shown what we can do on the pitch since the manager has come in,” he said.

“The football we play, we should be nowhere near where we are in the table. We just can’t score at the minute and we’re conceding sloppy goals. That will change though – it has to change.”