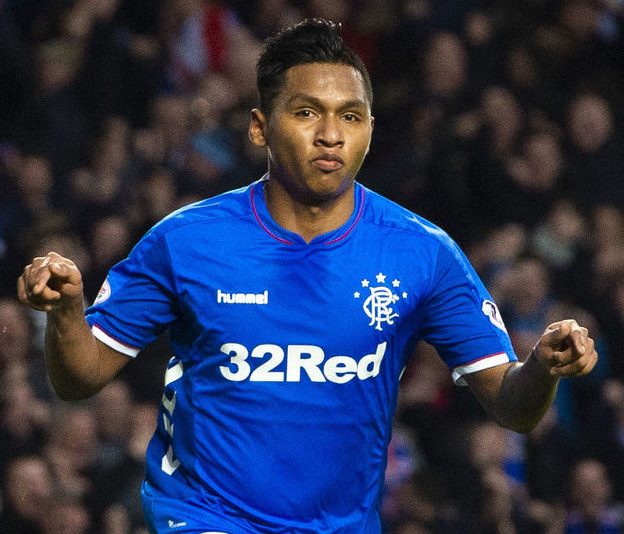 Hibs v Rangers games are never dull. I was fortunate enough to play and score in a number of them.

I was also one of three Hibs players sent off in Alex McLeish’s first trip back to Easter Road as Rangers manager so I know how much needle is always in this fixture.

There was always an edge and Wednesday night’s game was no different.

Now it is clear that there is no love lost between Ryan Porteous and Alfredo Morelos. It’s fair to say they have a bit of history.

From the very first couple of minutes when Porteous tried to go through him in a tackle, fairly I may add, I kept a close eye on that battle.

But there is a line and Morelos yet again stepped over that. His stamp on Porteous was frankly a disgrace and yet again, like his forearm smash on Dundee United’s Mark Connolly, he got away with it due to an inept referee.

Now there is no doubt he will get another retrospective ban but that does nothing for Hibs.

He should have been off the pitch early doors which would have given Hibs, like Dundee United last month, a huge advantage in the game. To add insult to injury he pops up with the winning goal.

His goal scoring record has been phenomenal at Rangers. He has been a snip at £1M and Rangers will hope to get £10M plus in the Summer when they cash in on him.

But he really needs to knock that side of his game on the head. Clubs will look at these incidents and his disciplinary record in general and think twice about buying him.

If you are splashing out that sort of money you want to be buying a player you can trust to stay on the park most weeks and not be sitting in the stand suspended.

Alfredo is now 24 years old so he is no longer a kid. I think Steven Gerrard has handled him unbelievably well at Rangers and that is a massive testament to his man management skills.

But even he must be getting sick of answering questions after games about his off the ball misdemeanours rather than the goals he has scored.

Rangers are going to win the league at a canter and deservedly so. They have been outstanding this season and not only played some scintillating football but now have the character and mentality to grind out wins.

I think Alfredo Morelos will move on in the Summer and will always be a hero in the eyes of the Rangers fans for being part of the team that stopped 10 in a row.

But he needs to stop getting involved in nonsense off the ball and concentrate on what he does best. Scoring goals.