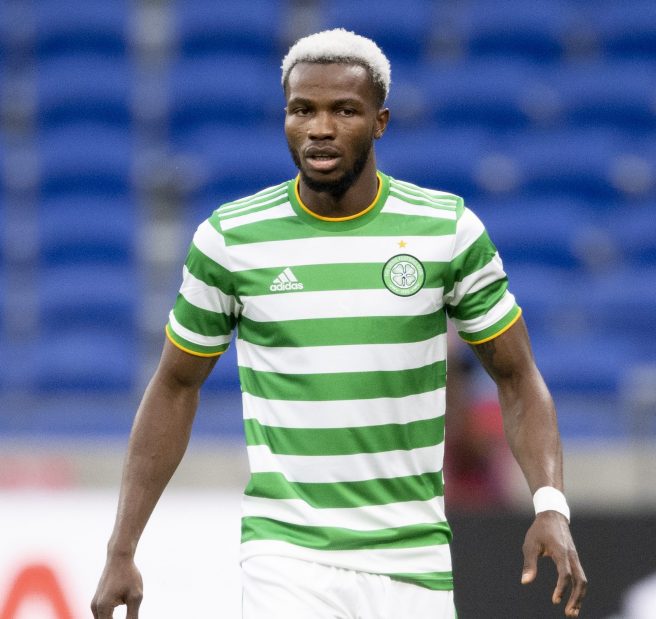 Boli Bolingoli could cost Celtic 10 in a row!

That’s how serious his twenty-four hour Spanish hiatus could turn out to be.

The Belgian defender has already committed an act so inexplicable it prompted an incensed First Minister to bar the Hoops from taking to the pitch.

The fact the left back was warned about his penchant for foreign travel, yet he still hopped on a flight to Malaga as the world battles a pandemic, defies belief.

His selfishness could have put the entire season in jeopardy, not to mention he has shown a severe lack of respect to Neil Lennon, his teammates, the fans and everyone related to Scottish football.

Rangers could be 11 points clear in the season of all seasons before Celtic even take to the pitch again on August 22nd.

Steven Gerrard’s side have three very winnable games coming up against Livingston, Kilmarnock and Hamilton.

Of course, Celtic will have the games in hand but it’s always better to have the points on the board, and that’s what the Ibrox boss will be telling his players.

Who knows if Rangers will handle the pressure of steaming into an early lead.

We’ve all watched as they have crumbled two seasons in a row when they were tagged as favourites.

The pressure has certainly been cranked up on Neil Lennon and all because one selfish individual couldn’t follow simple rules.

Will Boli Bolingoli ever play for Celtic again? I don’t think so. But the club won’t be keen on letting him go without recouping some of his fee either.

Celtic handed over £3 million to Rapid Vienna for the defender last summer and I seriously doubt the Parkhead club will be willing to just write that off.

If Scott Brown is not parading a historic 10th league title around Celtic Park come next May, Boli Bolingoli will be vilified on a scale not seen in the East End of Glasgow since the Mo Johnson era.

Hibs have started the season on an absolute flyer and have put themselves into a great position in the league table.

Jack Ross will be delighted with how his side have kicked off this campaign after three straight wins.

The Easter Road side have a real chance to create some daylight between themselves and last season’s 3rd place team, Motherwell, when the pair meet tomorrow.

The 1-0 win over newly-promoted Dundee United showed my old club can grind out results, even when the free flowing football Hibs fans have become used to is missing.

If Jack can get Ross McCrorie in the door on a permanent deal from Rangers, that will give the team an extra bit of steel.