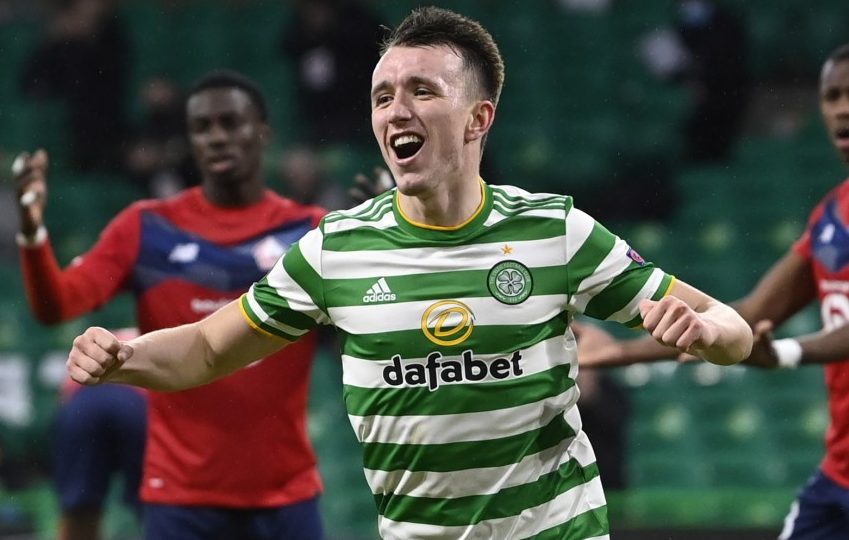 TAM MCMANUS: David Turnbull could be spark to give Celtic kiss of life this season

Celtic have finally stopped the rot!

A fine 3-2 win last night against cracking French outfit Lille finally gave the Hoops their first win in just over a month.

It was a performance full of the type of energy that Celtic have desperately lacked over the past couple of months.

Neil Lennon rang the changes and brought in the seemingly invisible duo of Ismaela Soro and David Turnbull.

Both players have not had much of a chance this season but they grabbed the opportunity with both hands by putting in fantastic individual performances.

Soro was everywhere in that holding role but the real eye catcher was David Turnbull.

Turnbull finally got his move to Celtic in August, ending a near 14 month chase by Neil Lennon to get him in the door at Parkhead.

But chances have been few and far between with last night being only his 2nd start for Celtic.

The Celtic support have been shouting for him to get more opportunities and he took his chance last night.

Now I hope he gets a run in the side because I think he is a fantastic young Scottish footballer, who has the vision and quality to not only force his way into the Celtic side permanently but to get into the Scotland squad for the Euros.

The way he performed last night against a quality side and scored the winner has to give him massive belief and confidence.

He could be the spark that gives Celtic the kiss of life this season and finally kicks them on to go and put some sort of challenge in to an all conquering Rangers side.