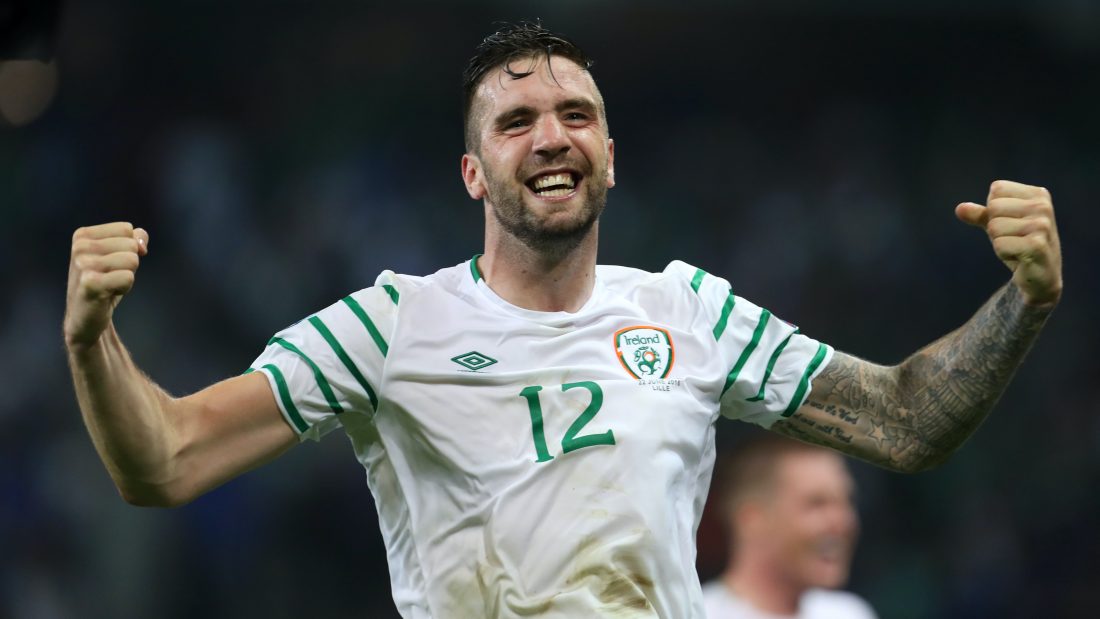 TAM MCMANUS: Shane Duffy is Celtic’s missing link for ten in a row

Shane Duffy is Celtic’s missing link in their bid for ten in a row.

Neil Lennon’s side have been lacking a commanding, no nonsense centre half and in the Irishman they’ve found one.

The on loan Brighton defender is at the peak of his career at 28 and he’s not coming up to Glasgow past his best like fellow countrymen Roy Keane and Robbie Keane.

Celtic fans have heard it all before from players who wax lyrical about their love for the Parkhead club.

But Shane Duffy has turned down a bigger pay packet in England to pull on the green and white Hoops this season.

That shows just how desperate the Irish international was to seal the move, albeit a temporary one.

That won’t be lost on the club’s fans.

He has played a massive part in keeping a small club in Brighton in the English Premiership for three seasons and has bettered some of the best strikers in the world during his time in England.

His arrival will also allow Neil Lennon to revert to his preferred back three with Duffy, Jullien and Ajer.

He will provide the muscle and braun to the other two guys’ brain and he’s superb in both boxes.

In a league where there are a constant stream of crosses and long balls getting fired into the penalty box, the new Hoops recruit will prove to be a be commanding figure.

Aberdeen have blasted back from a poor start on and off the field to go into the international break in a great position both in the league and in Europe.

I was mightily impressed with them against Hibs last week when they took all three points at Easter Road.

On that evidence it will take a good side to stop them getting 3rd place again under the underrated Derek McInnes.