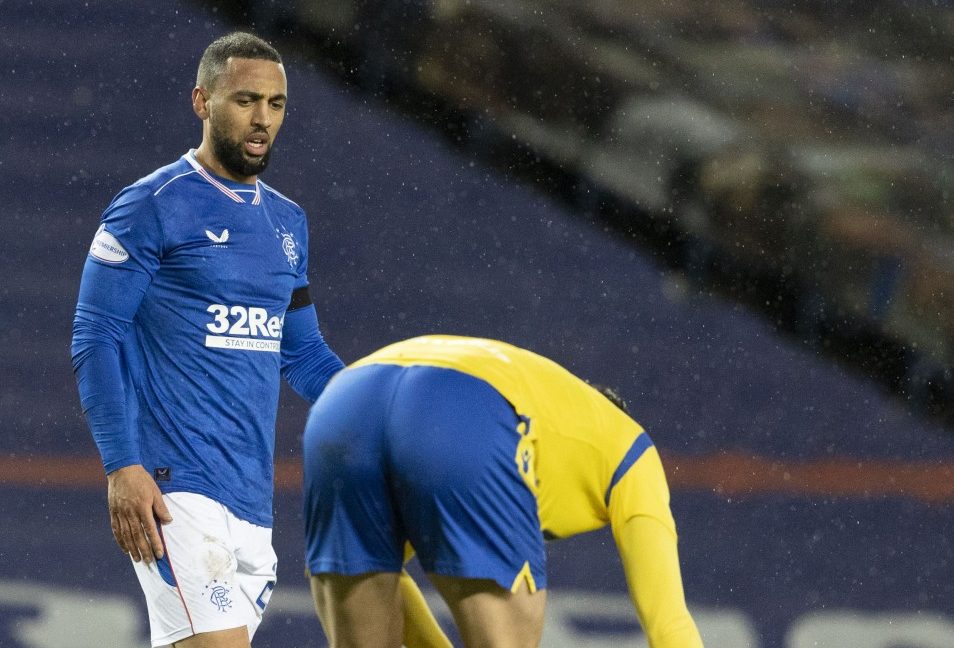 Another week and yet more controversial refereeing decisions in Scottish football.

The conspiracy theory’s are out again from the tin hat brigade but our officials are just really poor and not cheating on behalf of one club or another.

Firstly, the two incidents that have caused all the furore. Kemar Roofe was a very lucky boy not to see red for his dreadful tackle on Murray Davidson.

I genuinely feel he tried to get his body in to protect the ball after a poor first touch and there wasn’t intent to do him but he got it badly wrong.

The subsequent lunge into Davidson was high and reckless. It is a red card all day and for the referee to miss out while having a clear view is staggering.

At 0-0 early in the game it’s a big moment and just like Alfredo Morelos against Dundee United and Hibs it’s not been seen by the officials.

Rangers and their manager have screamed about consistency but they have been fortunate three times not to be reduced to 10 men in games.

The Ajeti incident at Kilmarnock which he has subsequently been cited for is a strange one all round.

I feel he was clipped but he made more of the collision than he needed to to make sure he got the penalty.

I personally thought it was a dive at first but when you see the replay he was definitely clipped by the goalkeeper though he makes the most of it.

I was a bit surprised he was cited by the three man panel and offered a 2 game ban.

There was contact from the goalkeeper and although he does go down rather theatrically the keeper doesn’t get any of the ball.

The refereeing standards in Scotland have unfortunately went massively downhill in the last 15-20 years.

They are still getting far to many big decisions wrong in games.

We have seen from down south though that VAR has ruined the game so I do not see that coming into play up here.

So I guess we will just need to accept that officials are going to get things wrong.

What will be consistent is the inconsistency of refereeing.