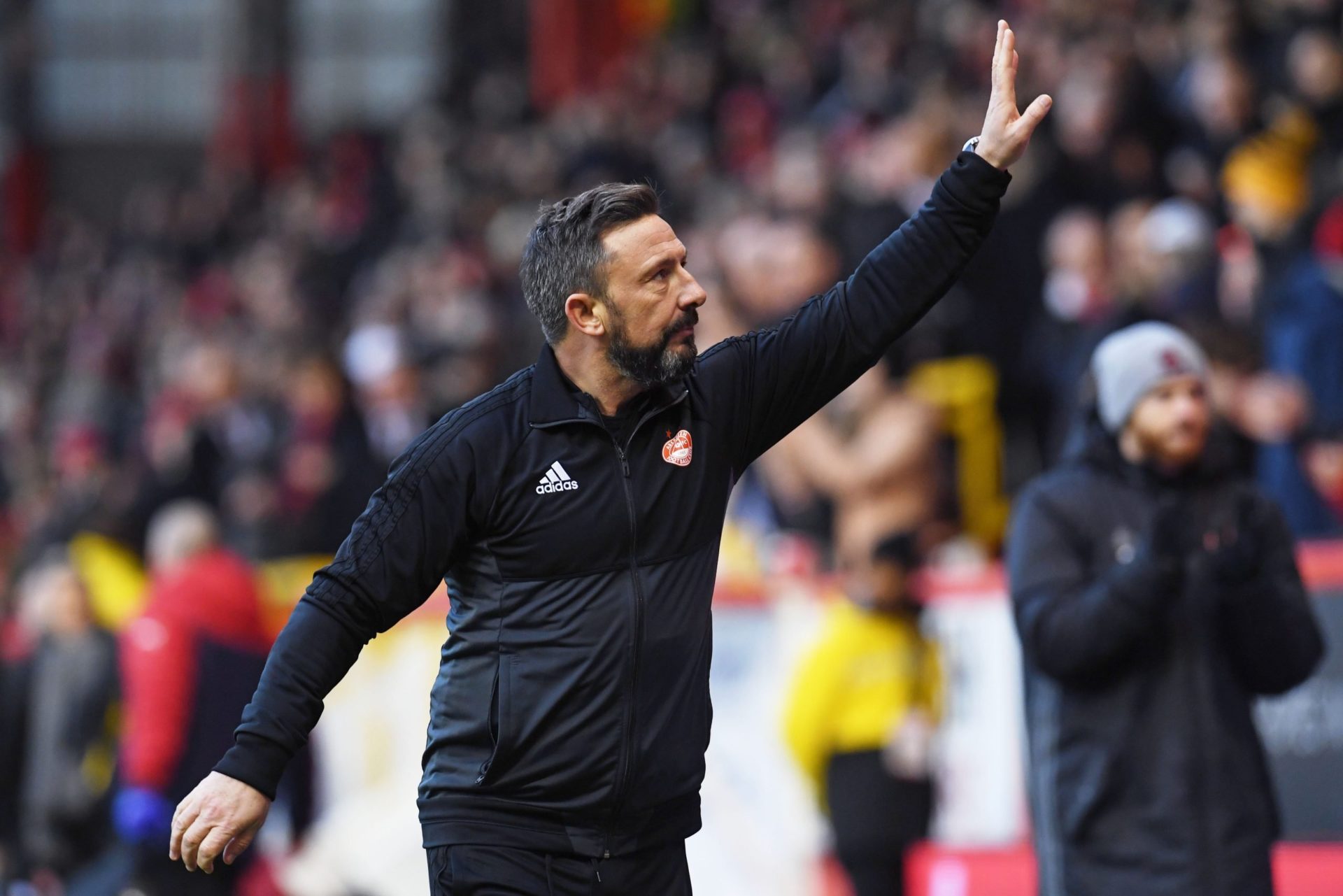 I’m not surprised Derek McInnes has decided to stay as Aberdeen manager and reject the chance to become the next Rangers boss.

This must have been one of the toughest decisions he could have made as a former Ibrox player, with his heart saying one thing and his head telling him another.

I’ve spoken to him on a number of occasions over the last couple of weeks and he was more than aware of how big the job at Rangers is and how much of a wrench it would have been to say goodbye to the friends and strong bonds he has at Aberdeen.

The strongest bond is between Derek and the chairman Stewart Milne. It’s like a Father and son. Staying was a far safer bet than leaving for Rangers.

Make no mistake about it, the next Rangers manager has one simple remit, stop Celtic winning ten-in-a-row. That only happens with huge investment and I don’t believe the current board has the money to do it.

There is also the small matter of a Celtic side with money, led by the best manager in the country in Brendan Rodgers. The odds are stacked heavily against the next Ibrox boss achieving a league title over the next three years.

In my mind, Derek McInnes would have become another statistic in the failed column of Rangers managers faced with the task of halting the Celtic juggernaut. That fact would also have weighed heavily on his mind in protecting his own family.

In Glasgow, second is nowhere and it usually costs a Rangers or Celtic manager his job. Derek McInnes, for me, was the right man for the Rangers job at the wrong time.

There are probably a number of deciding factors that prompted Derek to inform Aberdeen chairman Stewart Milne that he would remain at Pittodrie.

One of them, for certain, is the shambolic way Rangers went about their business. Almost a six-week wait to appoint a manager after the sacking of Pedro Caixinha with constant speculation that they wanted McInnes but a million and one other names allowed to float alongside his as a possible candidate.

What took the board so long to make up their mind? Were they waiting on the all-clear from an AGM on resolution 11 to make sure they had enough money coming in? Did they realise quickly that Derek might be the only one they could afford having exhausted all their contacts for managers down south? Could it be a board that is split down the middle with no one person capable of leading from the front?

This whole episode is a shambles and embarrassing for Rangers and the board. They can spin it any way they want, but an Aberdeen boss no longer thinks Rangers are a big enough club with ambition to prompt him to walk out of Pittodrie. That is a fact.

What now for Rangers? Graeme Murty back in the hot seat for Ross County and possibly until the end of the season? That would be acceptable to some Rangers fans until he lost the next old firm encounter at the end of the year and then all hell would break loose once more.

Right now, I would go and make an offer to Alex McLeish to come in and steady the ship and make Rangers difficult to beat again. He knows what the club is all about, he knows Scottish football and he could get the best out of some of that squad until he gets some funds to change it.

There is no doubt in my mind that Rangers fans season ticket money will once again bail this club out of yet another bungled appointment and allow them to move forward to try and challenge Aberdeen for second place.

They may look to a Michael O’Neill, Tommy Wright or even Alex Neill to fill the vacancy but all of them are a gamble for a club faced with a group of fans far from happy with events over the last six weeks.

I await, with interest, Rangers take on Derek McInnes’ decision not to walk away from Pittodrie to take over at Ibrox. The next manager they appoint better be the right manager at the right time or the fans will be calling for Dave King’s head if indeed, Dave King is calling the shots?