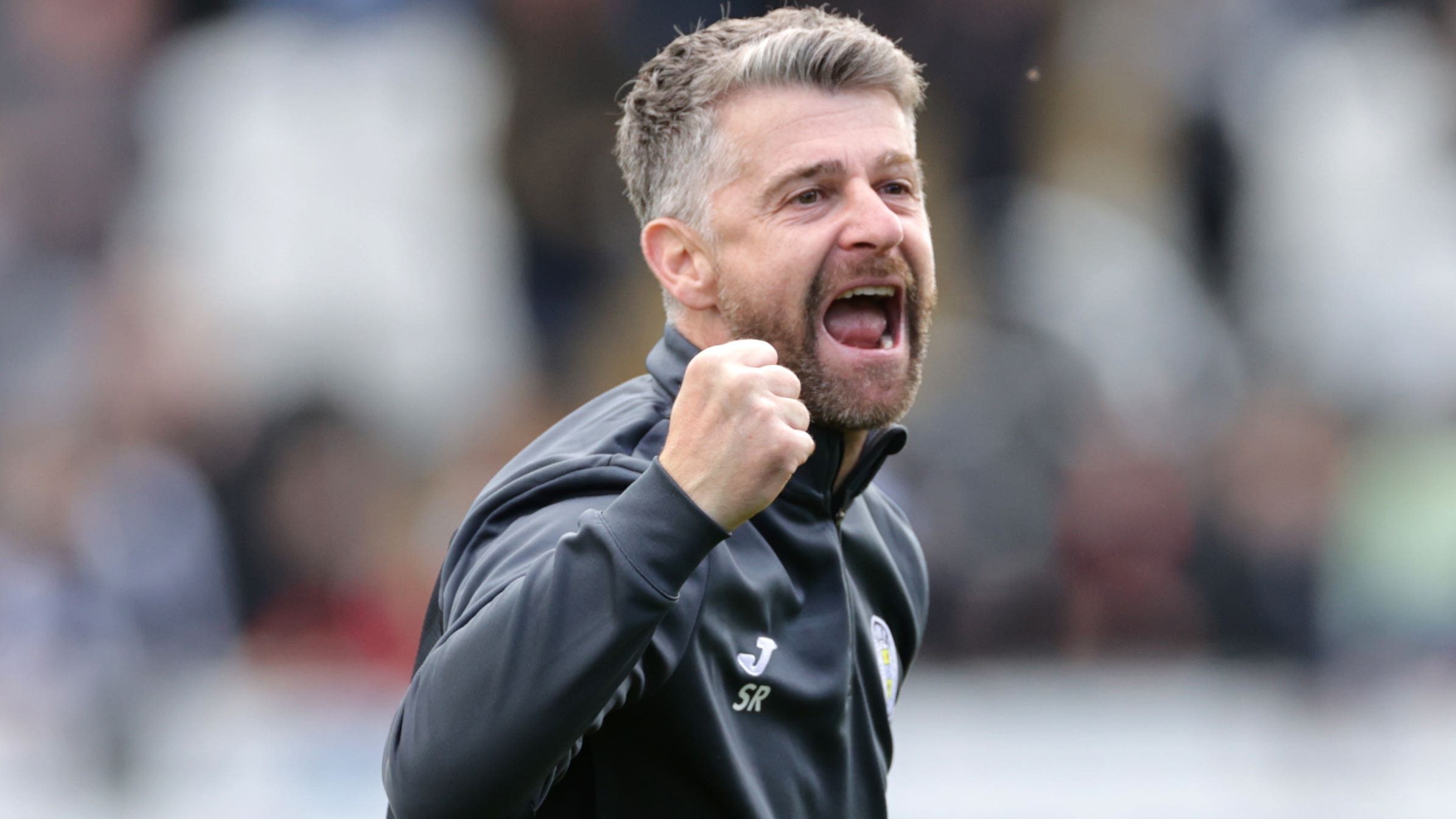 St Mirren manager Stephen Robinson hailed the character of his players after they brushed off the disappointment of Jonah Ayunga’s goal being disallowed following a VAR review to beat Dundee United 2-1 at the SMiSA Stadium.

Referee Grant Irvine had chalked off Ayunga’s left-footed strike after viewing the pitchside monitor, before Alex Greive came off the bench to nod home a late winner to send Saints fourth in the cinch Premiership.

Robinson said: “They rallied again. I thought we started the second half brightly, but they equalised which is our only disappointment from today because we didn’t make the first contact from a long ball into the box.

“We had to mark men in the second phase and we didn’t and that’s what we are normally very good at.

“But they picked themselves back up again, we had the goal disallowed and we could have been disappointed at that, but that’s not the group we have.

“We have honest boys who keep going to the end, we have boys coming on from the bench who are frustrated at not starting and want to prove points which is fantastic.”

The Northern Irishman also singled out praise for Curtis Main, who backed up his two-goal showing against Dundee United earlier in the season with another impressive performance.

He added: “Curtis was excellent. I thought him and Keanu (Baccus) were two of the best players on the pitch. He led the line and hit the bar from 25 yards.

“I thought him and Jonah were excellent. He scored a perfectly good goal and they were a right handful.”

Dundee United, meanwhile, sit second-bottom in the table but manager Liam Fox was pleased with the impact of Steven Fletcher, who brought the Tangerines level only moments after being introduced from the bench.

He said: “Fletcher’s trained well this week. He’s obviously a massive influence in the changing room – he’s a top player.

“You saw when he came on today. He got his goal and it’s good to have him back.”

Fox admitted he is looking forward to spending some time with his players on the training pitch this week, having come through a gruelling period of five games in 15 days.

He also gave an update on the fitness of Tony Watt – who limped off against Saints – and Dylan Levitt who was missing from the matchday squad.

He added: “We’ve had a really hectic schedule so it will be good to get a week with the players and we’ve got a massive game coming up against Motherwell next week.

“I believe it’s an issue with Tony Watt’s back so we’ll see how he is this week. Dylan hurt his knee on Tuesday night, but nothing serious and he’ll hopefully be back for next week.”