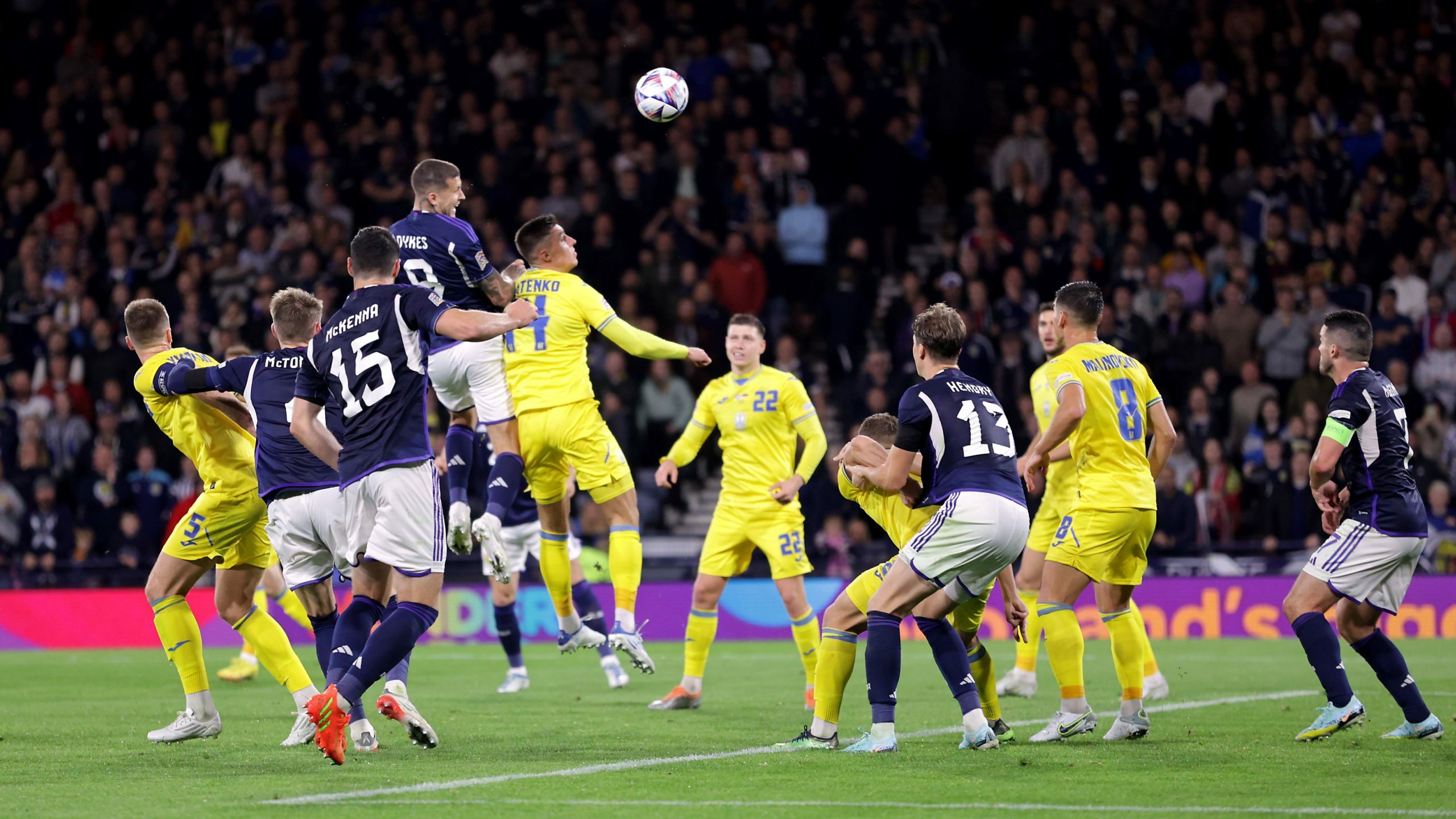 By By Gavin McCafferty PASeptember 21, 2022No Comments

Lyndon Dykes passed on the credit to the Scotland coaching staff after his two-goal cameo in the emphatic 3-0 win over Ukraine.

Dykes came off the bench alongside Ryan Fraser in the 75th minute and twice headed home corners from his fellow substitute to add to John McGinn’s opener as Scotland moved top of Nations League Group B1.

The QPR striker credited coach Austin MacPhee for the set-piece work and manager Steve Clarke for making the tactical changes which saw Scotland turn the tables on their opponents.

With skipper Andy Robertson injured, Clarke took the opportunity to revert to a back four after Scotland were well beaten by Ukraine with their usual three-at-the-back system in June, albeit without the influential Kieran Tierney.

Scotland improved when Clarke moved an extra man into midfield during that 3-1 World Cup play-off defeat and they dominated the vast majority of the Nations League game after he started with Scott McTominay in the middle of the park.

Dykes said: “Credit to Austin, set-play manager, he has been very good since he came in.

“When I was coming on, he told me to go front post. I went front post twice and scored two, so well done to him and the whole staff.

“The manager has probably watched that Ukraine game back 100 times and went back and thought maybe he could change things himself. He has changed things this game and credit to him, it has come off. We are happy for him as well.

“We were very determined (to right the wrongs). Everyone stepped up and wanted to show the fans that we could have done better. Now we are focused on this group and we did that.”

Dykes, who went off at half-time against Ukraine last time out after failing to shake off an injury, has scored six goals in his last seven internationals.

“When I hit the back of the net, it’s the best feeling, especially scoring in front of all the fans here,” the former Queen of the South and Livingston forward said. “It’s something you won’t ever forget.

“I feel really at home here, I feel like I play really well under the manager and the boys are great.

“Obviously I had a little bit of a bad spell with injuries in the last few camps which I was disappointed with, because I was on a good run.

“But I’m still on that run and I’m feeling confident every time I come here. I am just going to keep getting in those positions.

“The manager said when I was coming on ‘make sure you impact the game’ and I was happy to do that.