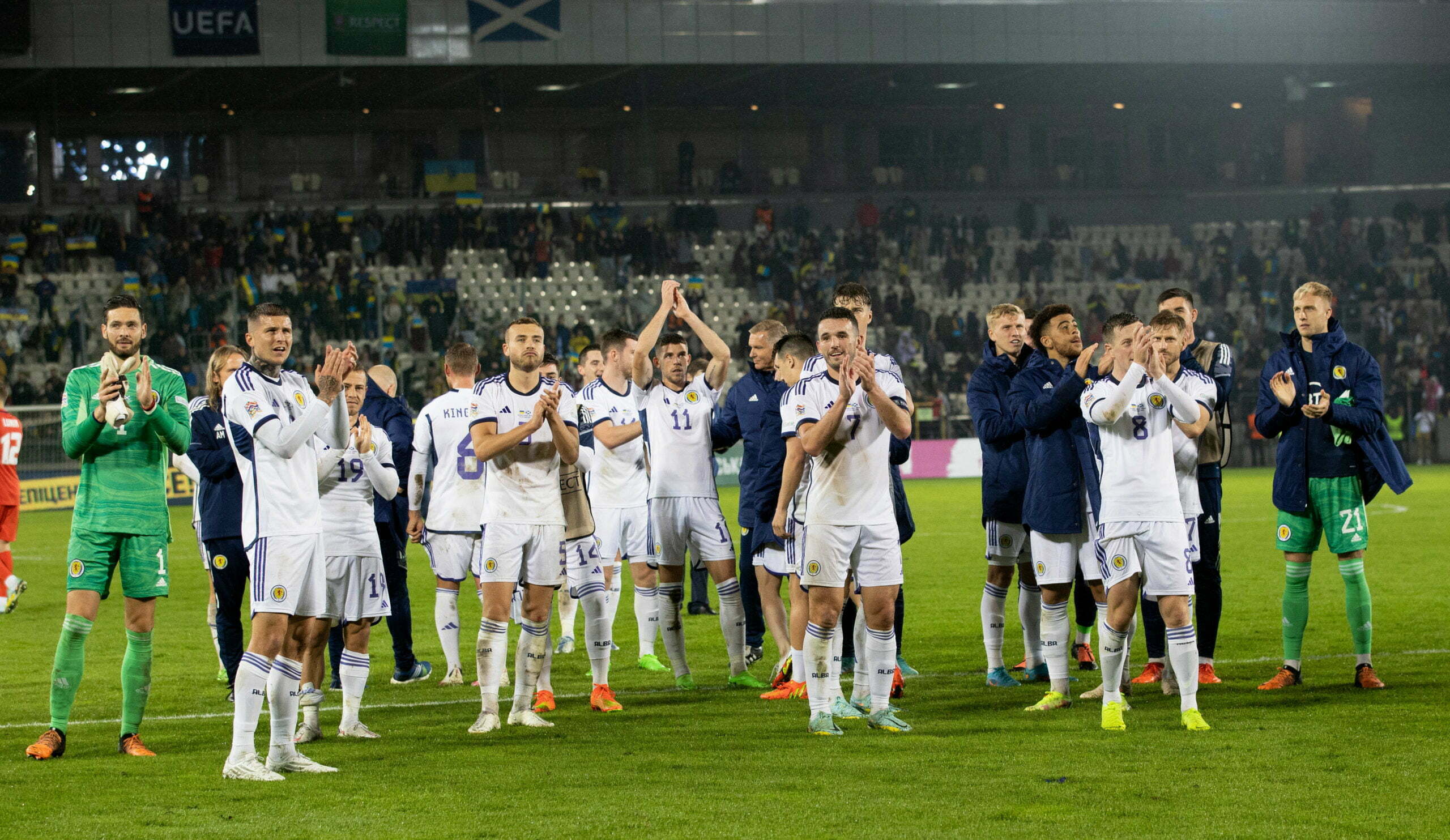 By Blair MalloySeptember 28, 2022No Comments

The Hearts stopper has been in fine form this international break, only conceding once in the three games.

He closed down Dovbyk early on then pulled out a routine save from Mudryk to once again prove that age is just a number.

He almost succumbed to the injury curse of Scotland full backs in the first half but soldiered on to put in a solid display against Murdyk.

Hickey or Patterson on the right looks like the sequel to Robertson or Tierney.

He was one of four players to play a full 90 minutes across the three games.

Hendry barely put a foot wrong and may well have cemented his place as top choice at centre back for Clarke going forward.

Making his international debut, his inclusion was met with a mixed response.

He proved the doubters wrong and more with an accomplished display against a dynamic Ukraine attack.

Andy Robertson and Kieran Tierney were always going to be big shoes to fill.

Taylor put in an admirable shift against the relentless Yarmolenko and showed that he is a more than capable understudy.

He provided pace to take Scotland up the park when they often needed it.

He will be remembered this international break for his stunning appearance from the bench in the first game.

A rare start for the Rangers man.

Although he hasn’t found his best form for his club so far this season, he kept the game ticking over and added bite to the middle of the park.

Another 90 minutes, another leader’s display.

The central nervous system of this Scotland team, he dictates how the whole operation works.

The Norwich man has the trust of Steve Clarke and will always put in a shift no matter where he asked to play.

Game passed him by at points but played his part.

Not the most marquee performance from McGinn but played a key role in driving Scotland forward nonetheless.

He played every minute in all 3 games and looked as dependable in the last minute as he did the first.

He was isolated at points but he would probably have known that would be the case before kick-off.

It was suggested he was playing will a virus but he still ran himself into the ground and was unlucky to see his early effort pushed wide.