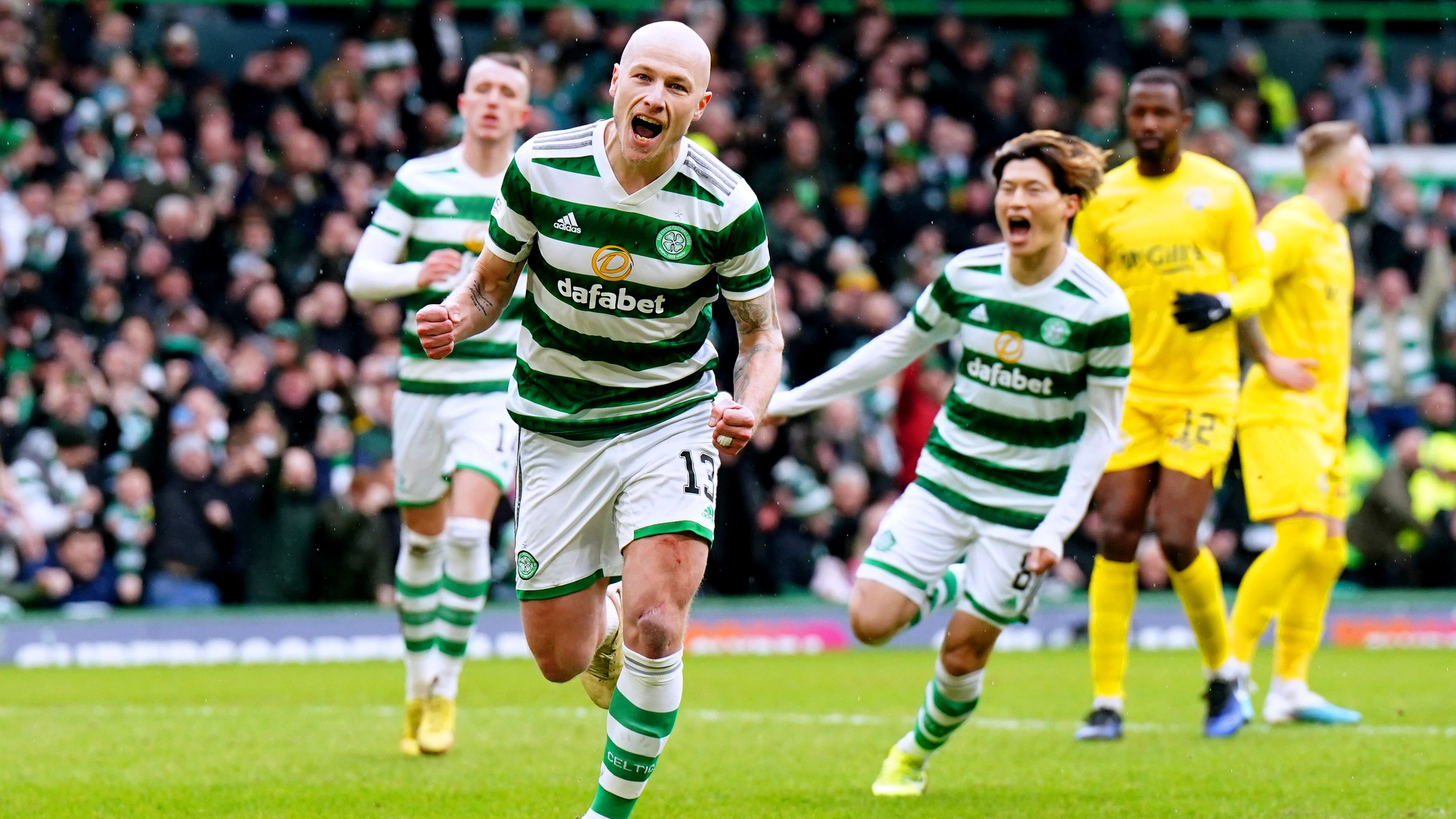 Morton manager Dougie Imrie claimed VAR was killing football after a controversial handball decision saw his side concede the opening goal in a 5-0 defeat at Celtic.

Morton had started well at Parkhead in the Scottish Cup fourth round and Lewis Strapp passed up the best of some early opportunities.

Footage showed Liel Abada’s shot hit off the foot of Jack Baird then bounced up away from goal and skimmed Ambrose’s arm, which was slightly out from his body, and Clancy pointed to the spot after being called to the monitor.

Aaron Mooy converted the 18th-minute spot-kick, which came more than four minutes after the incident, and the Australian rounded off the scoring late on after Kyogo Furuhashi’s double and a brilliant finish from David Turnbull had Celtic four ahead at the break.

Imrie said: “I thought we did really well in the first 15 minutes, we had some good opportunities but didn’t take them. Then good old VAR kills the game.

“I don’t know where Efe is meant to put his hand. It took a deflection and he can’t move his hand but that’s what we need to live with when it comes to VAR.

“It seems to be every week. I remember watching a game at Tynecastle and it took six minutes to make a decision. It’s killing the game, it’s killing the fluidity of the game. It must be brutal for players. Certainly, I wouldn’t have wanted to play with VAR because it takes so long for decisions to be made.

“There needs to be a clear message as to what is and isn’t a penalty going forward. There was no claim from any Celtic player to say it was a penalty.

“I had a chat with the fourth official that I will keep personal because I wouldn’t do that to the guy. Listen, it is a VAR decision to give the penalty, so take from that what you want to take.”

Celtic manager Ange Postecoglou has made his opposition to VAR clear and he was reluctant to go back into the subject.

“Look, I had my say on VAR and, just to be clear, on that day I clearly said it’s going to affect and hurt other teams,” he said. “I wasn’t talking about ourselves. Let’s leave it at that.”

Postecoglou was happy with the way his side approached the game.

“I thought the attitude of the boys was great,” he said. “They worked hard and we scored five goals and there were contributions from everyone so I thought it was a positive day.

“You go into these games with a bit of trepidation about how the boys will react and I thought they reacted well.”