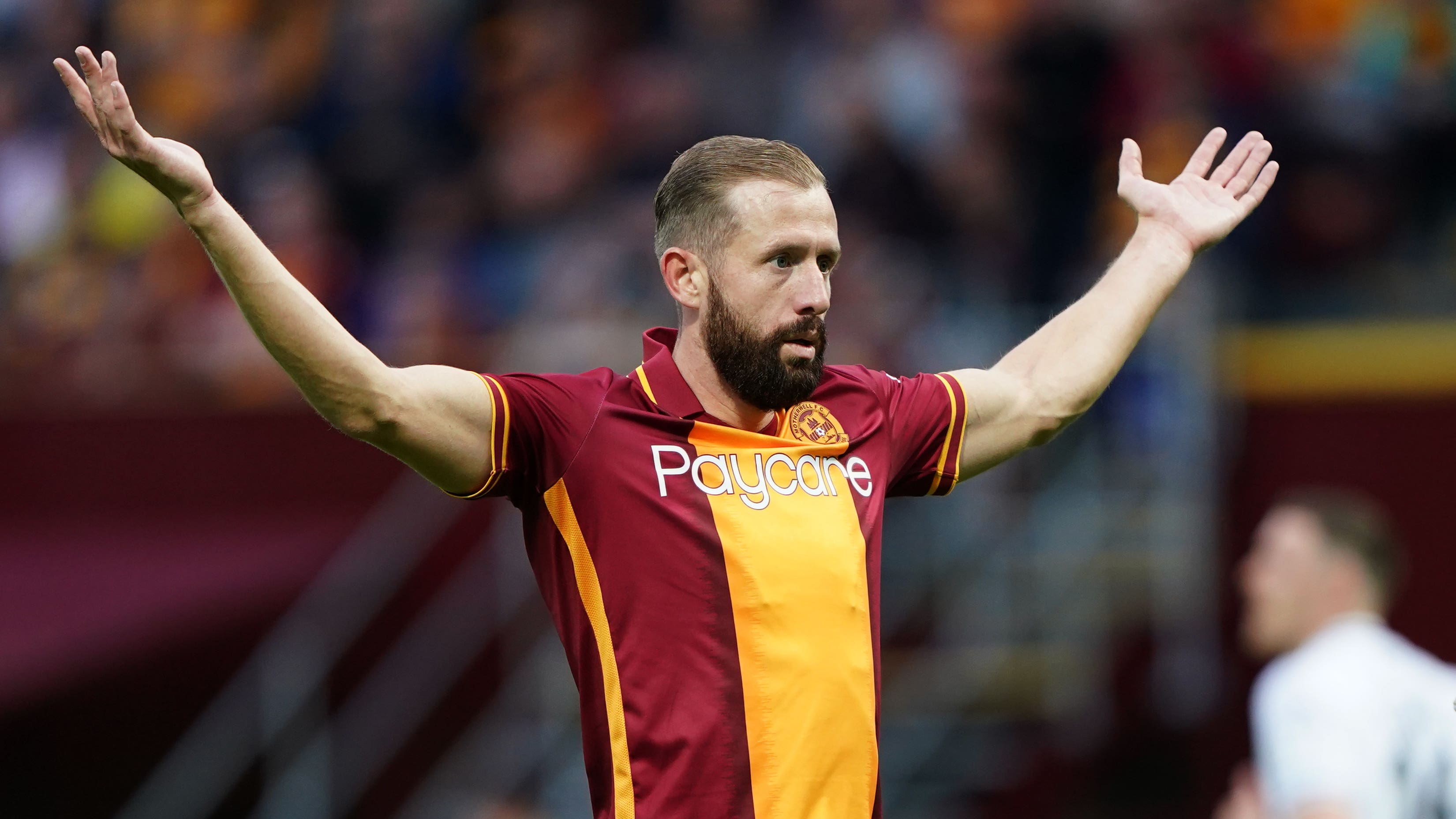 Motherwell striker Kevin van Veen is confident they will push up the cinch Premiership table if they cut out the concession of soft goals.

The Dutchman has netted 12 goals this season but admits he also needs to chip in with the defensive side of the game.

Motherwell have drawn three of their last four matches and have lost eight cinch Premiership matches by one goal this season so fine margins could see them get out of the bottom three.

Van Veen described the atmosphere around the squad as “relatively quite good” considering they have not won in six matches ahead of Sunday’s visit of Hibernian to Fir Park.

The former Scunthorpe striker added: “In those six matches we have had quite a few good patches of play but, being realistic, we are dropping down the table and not picking up enough points.

“In the back of our minds we need to keep it positive, that’s what we have to hold on to and every day work hard, train hard and stay positive. We need to turn things round so we can’t be too negative because there are a lot of games still to be played.

“But on the other hand there are definitely a few frustrations about how we have dropped some points. We have to pick up points sooner rather than later because we are dropping down and that’s not what we want.”

Motherwell have conceded less goals than any of their bottom-six rivals but Van Veen believes the secret to improvement is clean sheets.

“I personally think as a team, not just the back four and goalkeeper, as a team, we have been conceding goals too easily,” he said.

“The Livingston game we conceded a goal from a set-piece which means the set-up wasn’t right. At the same time we could have won the game in the second half when I hit the crossbar.

“As a team we need to be more resilient, more ruthless and stop those goals going in because I do think we are a team that looks likely to score every game.

“Defending starts from the front two, we all have to be better, that’s not pointing any fingers.”