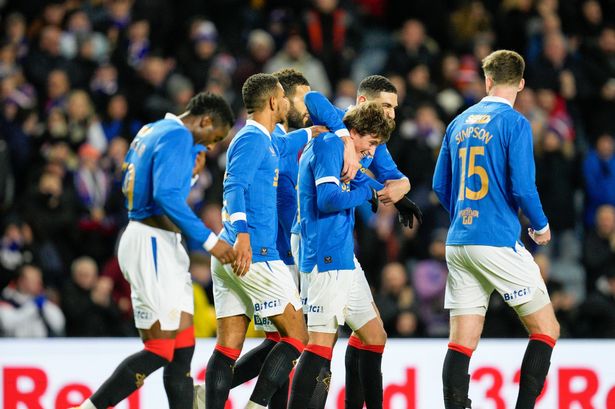 Who is Alex Lowry? Everything you need to know about the Rangers debutant

So, who is Rangers’ Alex Lowry?

It was at this stage of the Scottish Cup two years where Nathan Patterson seized his chance as a Rangers first-teamer in his side’s 2-0 victory over Stranraer at Ibrox.

Patterson has subsequently established himself in the Scotland squad before fetching Rangers their biggest ever transfer fee when he moved to Everton earlier this month. Now there’s another youngster on the lips of the Ibrox faithful.

18-year-old Alex Lowry had only began to settle into his surroundings when he struck the decisive opening blow in Rangers’ 4-0 procession over Stirling Albion in the Scottish Cup, cooly side footing Juninho Bacuna’s cut-back into the bottom corner.

But who is this Rangers academy graduate whose Ibrox debut has led to calls for more first-team action heading into a frantic title race this spring?

Lowry wasn’t even alive when Rangers clinched the 2002/03 Scottish Premier League title on goal difference in a dramatic last day victory over Dunfermline Athletic at Ibrox.

He joined the academy set-up at the Light Blues as a an 8-year-old, moving through the ranks before being capped by Scotland at Under-16 level.

Lowry now turns out for Rangers B in the Lowland League under David McCallum, impressing with his creativity and movement as the Colts side sit third in the table.

He was also included in the Rangers squad for their European fixtures this season against Malmo and Alashkert.

Lowry will now be targeting a place in the Scotland Under-21 set-up after earning his third cap for the Under-19s most recently.

He will also hope his cameo against the League 2 outfit on Friday evening has made van Bronckhorst sit up and take notice.