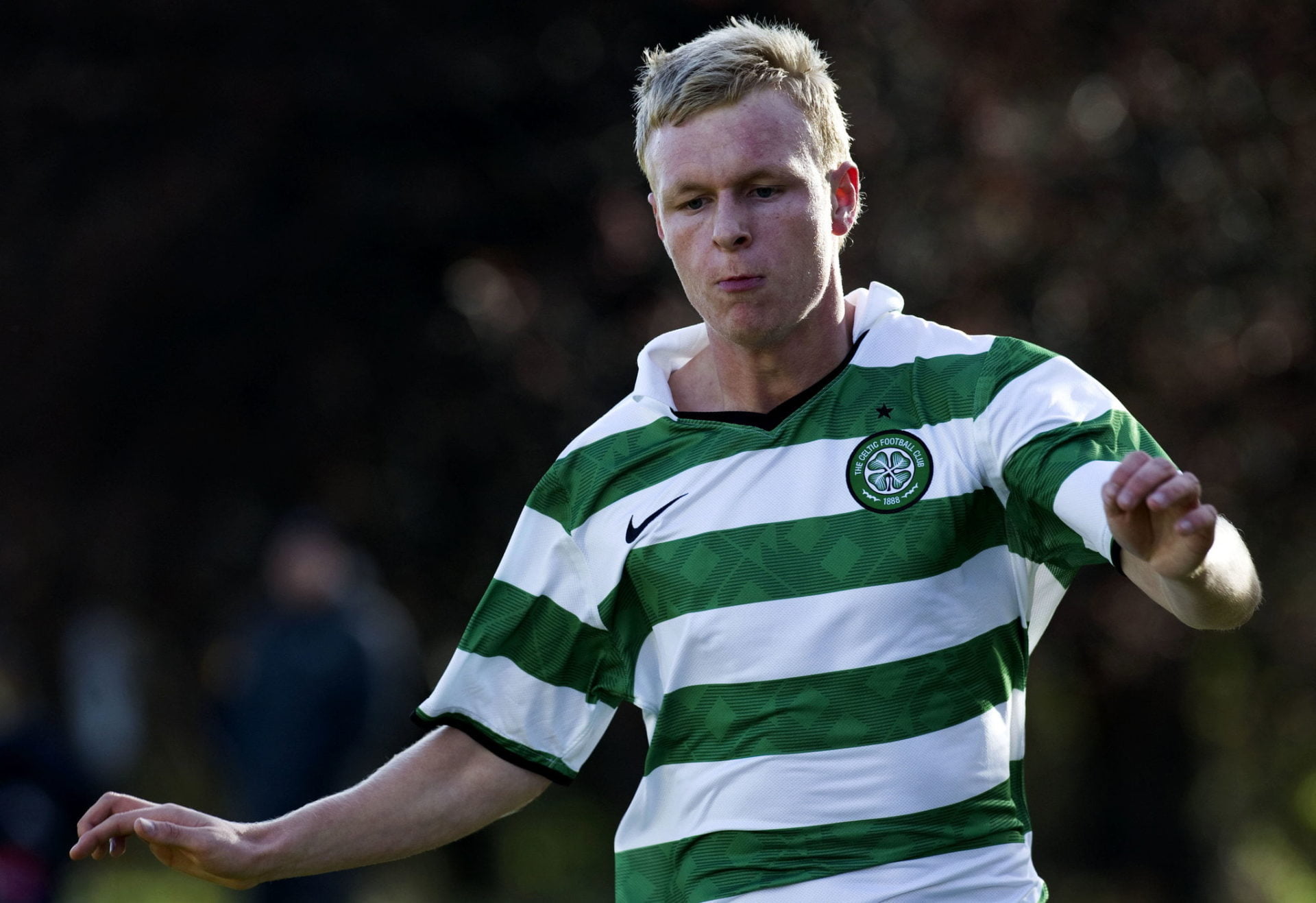 “Keep your circle small, have one girlfriend, have one friend and keep your family close’. I think that’s the best advice. It’s hard for me to to say out loud because I put everything into it but maybe I just wasn’t good enough.”

He was playing football for the club he loved, had earned a youth Scotland call-up and was nominated for the young player of the year at Celtic alongside James Forrest and Ki Sung-Yueng.

He was a precocious talent at the Hoops with big hopes for the future. The youth team he was in had just completed a league and Cup double over fierce rivals Rangers. He couldn’t have been happier.

However, Celtic released him at the end of the season.

Another young player seemingly tossed on to the scrapheap.

That was five years ago and now Brennan reflects on that devastating blow to his footballing ambitions.

“At the time I was in shock. At that age I just thought my dream had been crushed,” he said.

“I had been there since I was nine years old. I was playing for Scotland U-19s. I felt as if I was flying and in good form.

“They said to me if you keep playing the way you’re playing, you’ll get a new contract but sadly it didn’t happen. Mentally, I’d hit a wall.”

Still reeling from the setback and getting in with the wrong crowd of friends, Brennan opted to try his luck abroad but was left frustrated again.

“I moved to Slovakia for four months and played with Spartak Trnava.

“The language barrier was tough. No one spoke a word of English. I got homesick. I wasn’t playing that much either just in the reserves.

“An opportunity came up in Cyprus and I was so close to getting a contract there. I was getting shown around apartments in Limassol but the deal fell through. I was gutted.

“You can only take so many hits at that age and when you take that kind of hit it’s hard to bounce back again.”

Brennan returned home and turned out for Arbroath in 2012-2013 season but says he was struggling to deal with the previous rejection and fell out of love with the game after a stint in the Juniors.

“Mentally, my head wasn’t there. I was playing every week and felt I was better than what I was doing.

“Part-time football is a different ball game. You’re trying to get a job and balance out everything in your life, plus you have money worries as well.

“I was going to work and then going to play with a junior team and you were running up hills in the pouring rain. I hated it.

“I was there and other boys were maybe sometimes turning up half drunk. Don’t get me wrong some of them had a lot of ability but after a while I got fed up and just stopped playing.”

Keiran, who is currently unemployed, says more support should be given to young players who find themselves surplus to requirements in the game.

“I’m 23 now and you start putting things into perspective. Football used to be everything to me and now you’ve got direct debits coming off.

“I don’t think young players do get enough support.

“At Celtic they sent us to college once a week. I think they were basically covering themselves because they just let us pick any subject you wanted but we would always just mess about.

“We were all in the same classes and just had banter with each other. I had no education when I left school at 16 and then I went into full-time football that was my only aim.

“Don’t get me wrong they did have education guys saying don’t put your eggs all in one basket but what other hopes do you have at that age?”

Brennan admits he still looks back and wonders what might have been but he is delighted for his former Hoops team-mates who have gone on to have success in the game.

“I maybe could have left Celtic earlier but I don’t regret playing in the Cup final in 2011. I will always remember it.

“I love Celtic so much I still follow them now. Sometimes you think ‘what if’ but I’m happy for the boys that are playing just now.

“I’m happy for Callum McGregor and James Forrest. Every time I see them play I don’t want them to play badly and it’s the same with Kieran Tierney.

“I’m not envious or jealous or anything if I was in their position now I would hope that the boys would support me as well.

“I might have felt bitter at the time but I don’t now. I’m glad I can go to the gym and see friends. I don’t have a job but I’m happy that’s the main thing.”

Brennan hasn’t given up hope of getting back into football in some capacity and believes a lot of youngsters in the game could benefit from his experience.

“What advice would I give? It’s cut throat. Don’t be naive at 15 or 16 years old and think you’ve made it. You’ve not done anything yet.

“I was 16 when Bobo Balde came to me and said; ‘keep your circle small, have one girlfriend, have one friend and keep your family close’. I think that’s the best advice. It’s hard for me to to say out loud because I put everything into it but maybe I just wasn’t good enough.

“But I love watching football now, I’d love to go back and play or perhaps get into the coaching side of things. I feel after the pitfalls I’ve been through that I could guide players forward onto the right path.”