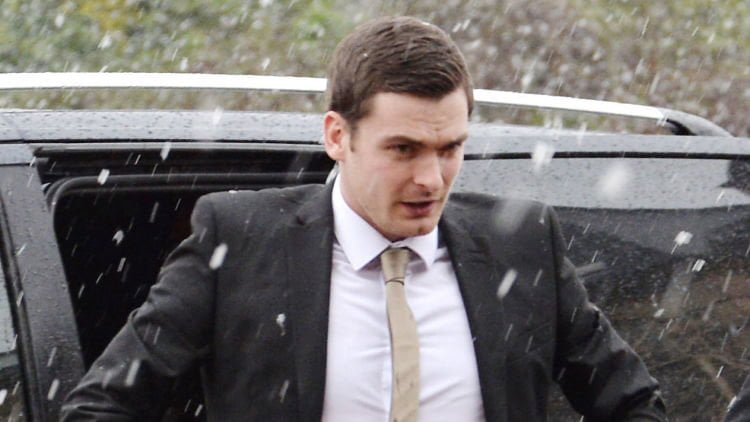 Former England footballer Adam Johnson has been told there is a “very high probability” he will be jailed for a “significant” length of time after being convicted of one count of sexual activity with a child.

Jurors at Bradford Crown Court found the former Sunderland winger guilty by a majority of 10-2 after Judge Jonathan Rose said he would accept a majority verdict.

The disgraced star was cleared by the jury on a second count – oral sex with a child – after the trial, which last more than two weeks.

Johnson, 28, admitted grooming a 15-year-old girl and sexual activity with the teenager, relating to kissing her in his Range Rover, but denied the two more serious charges of sexual activity with a child – one involving oral sex and another involving digital penetration. He was found guilty of the latter charge.

The charges against him arose from a meeting between Johnson and the girl in his car in County Durham on January 30 last year.

Judge Rose said a custodial sentence is “the almost inevitable outcome” but granted Johnson bail until the hearing, which will be held at a later date.

There was no obvious reaction to the verdict from Johnson, who was sitting in the dock with two security guards.

The judge said his preliminary view was that the case falls into the category of a five year prison sentence with a range of four to 10 years.

He said: “The defendant must understand there is a very high probability of a significant custodial sentence.”

In a statement issued after the case, Sunderland FC said it “refuted” any suggestion the club knew all along that Johnson was intending to change his plea just before his trial so he could continue to play for them, and that the club may have been involved in tactical discussions about the plea.

The club said it was not advised in advance that Johnson would plead guilty to any offence.

“Had the club known that Mr Johnson intended to plead guilty to any of these charges, then his employment would have been terminated immediately,” the statement said.

“Indeed, upon learning of the guilty plea on 11 February 2016, the club acted quickly and decisively in terminating Adam Johnson’s contract without notice.

“The club did not give evidence either for the prosecution or the defence in this case.

“It was therefore not present in court when it is understood that a suggestion was made that the club knew all along that Mr Johnson was intending to change his plea just before trial to enable him to continue to play football for the club and that the club may also have been involved in tactical discussions about the plea.

“This is utterly without foundation and is refuted in the strongest possible terms.

“The club never placed any pressure or demands on Mr Johnson to play football during this process.”