Aguero: Derby victory could give us top-four spot

By Peter MartinMarch 17, 2016No Comments 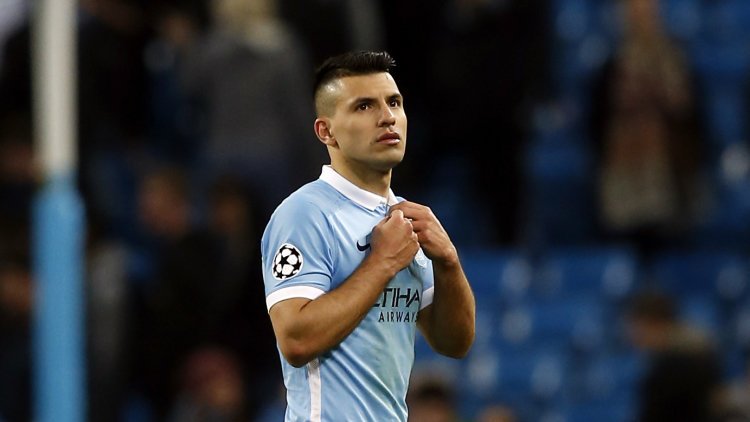 Sergio Aguero believes derby victory over Manchester United could be critical to Manchester City’s hope of securing a top-four spot.

City have fallen off the pace in the Barclays Premier League title race, having been favourites for much of the season, and are even facing a battle to hold onto fourth.

West Ham are just two points behind in fifth place and United could also move within a point if they beat their neighbours at the Etihad Stadium on Sunday.

Striker Aguero, who has scored 21 goals in all competitions this season, said: “We have to win, even more so because the title is slipping further and further away and we have to make sure we take fourth place.

“We want the title, but we have to take into account that United are right behind us and it will be a tough game. We will have to play intensely.”

After reaching the quarter-finals of the Champions League for the first time this week, the least City need to do is ensure they are in the competition again next season.

Competing among Europe’s elite is a key part of the owner’s plans and there was further evidence of progress in the way City saw off Dynamo Kiev in the second leg of their last-16 tie on Tuesday.

There was little to excite in the dull 0-0 draw at the Etihad Stadium that saw them through but, after winning 3-1 in Ukraine last month, City had little need to press and they completed a professional job. Kiev created little threat and City, perhaps with the Manchester derby in mind, did not extend themselves.

Kiev’s approach was surprising, especially as City lost centre-backs Vincent Kompany and Nicolas Otamendi to injury inside the opening 24 minutes, but the hosts were happy enough with the situation.

Aguero said: “I think it was a little strange because we were waiting for Kiev to come out and play a little but we did not expect them to come out so relaxed. We did not have anything to lose.”

Aguero, who is contracted at City until 2019, last week told an Argentinian radio station that he intends to return to boyhood club Independiente when his current deal ends.

The 27-year-old has not denied that but insists he is still fully focused on City.

Aguero, who has scored 128 goals for City since joining the club for £38million in 2011, said: “You are born in one club as a kid, and you always want to return to where you started. I have always said it, I will go back.

“But right now I am thinking about winning the Champions League with Manchester City. We will see what happens in the future.”

His immediate priority is now Sunday’s game against United, and Aguero has noted with interest how the status of the two clubs has changed in his time in the city.

He said: “I think that over the last five years City have always competed hard in the derby. At one point United were huge and City have invested a lot of money to bring in quality players, and that has levelled the playing field.

“But I don’t know what is happening at United. I focus on City and Sunday, and we are thinking about winning and nothing else.”