Allan to see out Hibs contract 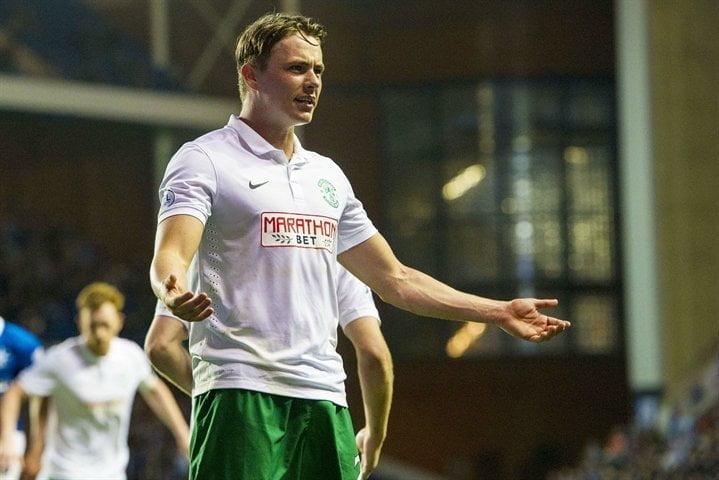 Scott Allan has stressed he will see out the remainder of his contract at Hibernian.

The Scottish Championship PFA Player of the Year has 12 months left on his current deal and has been linked with both Celtic and Rangers.

Hibernian boss Alan Stubbs says there have been no concrete offers for the 23-year-old and Allan, who reported back for pre-season on Thursday, insists he’ll stay at Easter Road this season.

He told Sky Sports News: “I’m a Hibs player I’ve got a year left on my contract and I’m looking forward to starting the season here.

“Obviously you hear whispers here and there but I’m mainly focused on doing well for Hibs and kicking on next season.

“In the future I’d like another chance down [in England] but for me it’s about doing better than I did last year.”

And Hibs boss Stubbs says they won’t be welcoming any bids for the player.

“Scott Allan is a Hibs player and I don’t see any reason why that should change,” he told Sky Sports News.

“Scott has got one-year left on his contract and we as a club are comfortable with the situation.

“The most important thing is the club itself and it’s important we put a team out that is fighting for promotion.

“I think when we do that we have to have our best players. Scott falls into that bracket and the club’s needs will always come first.

“We can’t stop clubs putting bids in but we are not welcoming in at all because Scotty is an important member of the squad.”

Danny Carmichael, James Keatings and Martin Boyle have already been added to his pool of players and Stubbs says he is pleased with the way the squad is shaping up.

He added: “We need to bring in another central midfielder. I’m happy with our options going forward we’ve added real pace to the team but we need to strengthen one or two other areas.”